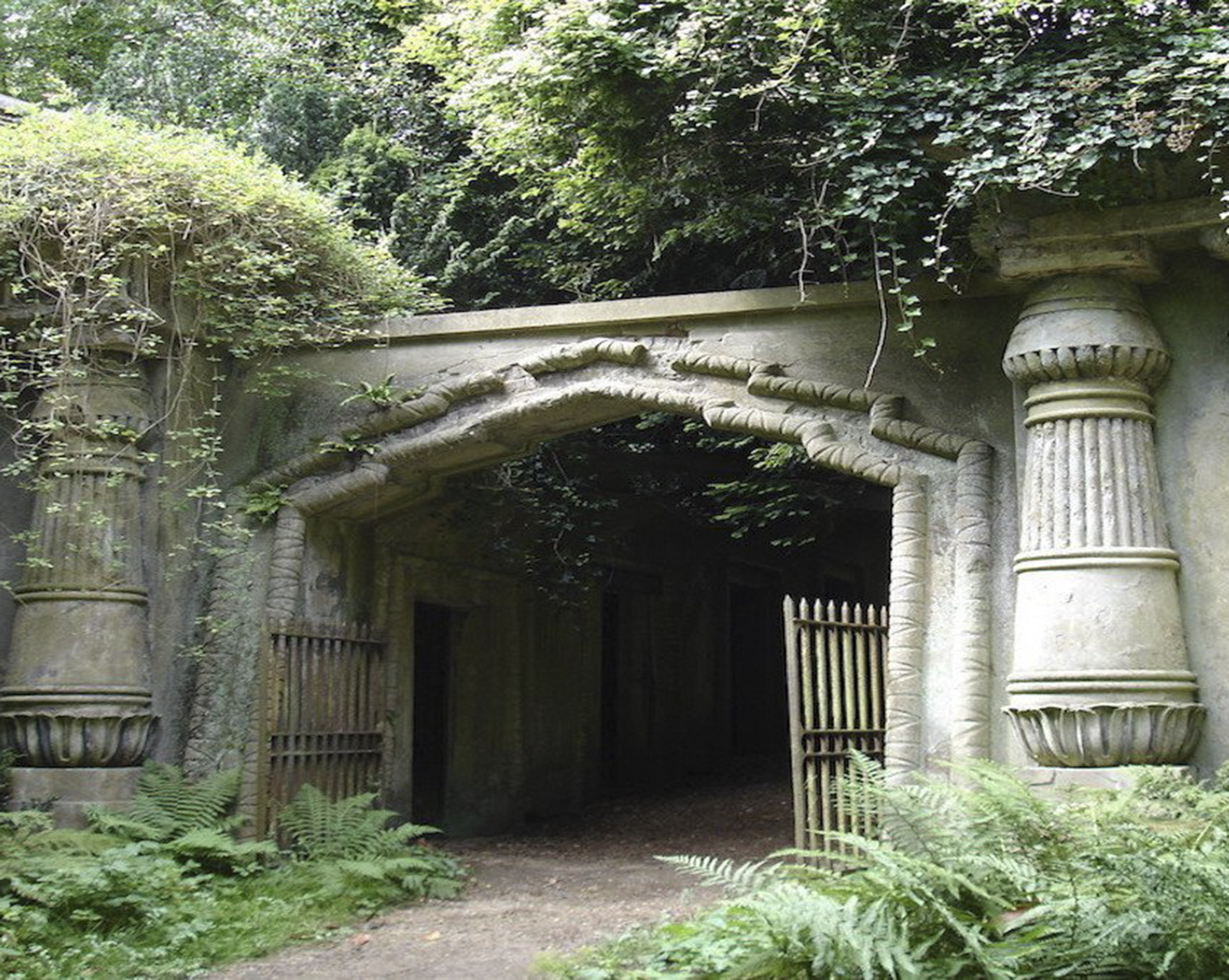 The Western cemetery at Highgate is a verdant mess. Abandoned to the elements for decades, the ornate tombs and grave markers of the long dead are subsumed by green and brown, branch and vine and thorn. The paths are cleared and the cemetery in use, but much remains in disarray. Trees tower over arches and obelisks and angels and crosses. Visitors may not simply wander, and the wrought iron gates sit shut at night- Max and Toby check, nervously, one evening after school. That night they look into the darkness of the cemetery backlit by the hepatic fuzz of old streetlamps. At school they had discussed climbing the fence to explore properly, to find the Vampire of Highgate- but with that high wall and strong fence looming over them neither make a noise of encouragement. Instead they retreat to a Nando’s and split a pile of mildy spiced Peri-Peri chicken wings. Both stare overlong at a table of girls their own age, colourfully clad and buzzing with conversation.

In the warmth and light of the Nando’s, after the chicken has arrived Toby reads excerpts aloud from a book- Vampires of the United Kingdom, by L. Törbjorn. It is heavily annotated with his scrawling notes.  “The Highgate Vampire was brought across by Satanists in the 19th century,” he says, and Max nods as if this is new information, and pictures men with beards and red robes. “In the 1970’s a coven of witches tried to raise the vampire Lord, but were apparently unsuccessful- but, like, still loads of sightings of, like, a grey figure continue to be reported in the cemetery after dark.”

“We have to find him,” Max says, and he eats a chicken wing and thinks about being strong and invulnerable and attractive, and of girls in corsets. Across from him Toby puts down his book and eats three chicken wings in horrible succession, his porcine fingers wet with sauce.

“It should be fine, “ he says, voice thick with poultry, “Moonbeam agreed with Ripple on the forum last night that supplicants would be able to feel which was the right grave, so we should just feel it…inside I guess?”

Max nods and nods and they talk of other things, of school, of bands.  Neither will express doubt in their quest to the other, the time for that passed weeks prior, when they began to seriously discuss their coming immortality.

The two boys finally take the tour on a cloudy Saturday morning. The tour is led by a bespectacled student of fine art named Georgina whose talking points lingers on the aesthetic of death, punctuated by rehearsed anecdotes about the more intriguing members of the cemetery; a circus master, a boxer, a poet, etc. It is a grey day, clouds filling the sky with a uniform dullness, not a mote of sunshine breaking through. Max finds the tour very boring, and some of the more artistic talk embarrassingly confusing. He is thin and lean and short and his face is pocked with glistening spots- his hair a lank mouse brown. He wears black jeans, black shirt, black trainers, and a black hoodie. Max picks his spots and tries not to be impatient. Toby is similarly clad in black, but fat where his friend is thin, his frizzing brown hair hidden beneath a beanie (which is, of course, also black). He eats a Twix and stares at the tour leader’s legs whenever he thinks she is not looking.

The rest of the group includes nobody of note to Max except for one- a girl. She is maybe fifteen, maybe sixteen? She is at least a year older than the two boys- an insurmountable gulf that makes Max’s heart pulse with a broken longing. She is clad all in black, hair dyed black, and a choker around her neck. She is wearing fingerless gloves. Max is in love almost instantly. The girl is thin with large brown eyes, and she is alone and silent throughout the tour. She looks thoughtfully at everything the guide points out, but she seems to be waiting. She is carrying a blue notebook.

“I think that girl is here for the same thing we are,” Max says quietly, and Toby’s eyes widen.

“A supplicant?” Toby splutters, spraying Twix across a grave. Max nods and smiles. He lets his eyes linger on the girl, who pays him no mind. The tour continues but neither boy feels a sensation about a particular crypt.

“We are barely going near like a hundredth of the graves,” Toby whispers as the guide relates the symbolism of an upturned chalice, “What if it’s one of the ones hidden away? Or what if it’s in one of the locked crypts?”

When the tour is over and they are back at the gates Toby and Max wait awkwardly for the rest of the group to disperse. The potential supplicant, the girl with the dyed hair, wanders away and out of the gate and Max feels an incredible burst of sadness. Toby opens his mouth to ask the guide his question at the same time as the she starts to speak.

Georgina the guide holds up a hand to silence them as they talk over each other. She runs the hand over her hair and fusses with her ponytail, and then smiles at the two boys before her.

“Let me guess- Highgate Vampire enthusiasts?” She is university age, to Max’s eyes, wearing a painfully uncool mountain climbing jacket and boring jeans. Her skin has an oily sheen to it and the lenses of her glasses are thick.

Toby and Max warily nod and Georgina smiles awkwardly. Max waits for her to inevitably tell them all to leave, to stop taking the piss, but instead she gestures for the two boys to wait by a long stone bench. The other tourists have filed out and Georgina locks the heavy iron gate behind them- they are alone in the courtyard of the cemetery. She smiles again.

“Well! Cool. You guys want to check out the Vampire’s tomb? I’m not really meant to know about it, but nobody is around so we can check it out if you like?”

“Yes!” Toby yelps, “Oh yes please!”  His fat hands clutch on the hem of his black hoodie idiotically. Max says nothing, staring incessantly at the tour guide. Could it be true? Could it be this easy?

Georgina the guide leads them, not by one of the paths they have taken, but a smaller, winding trail, half-covered in brush and dirt and broken stone. They wend their way past thick briars and take turn after turn until in every direction there are trees and tombstones and dark green.

Finally they stop in front of a tumbled down Mausoleum, half-open to the air, broken marble columns almost submerged in thickets of brambles.

“So what do you know?” Georgina asks, and she looks up at the sky. The blanket of grey is unremitting, and there is a weight pressing down.

Toby blanches. “Well,” he says, “I’d heard it was the 1800s. Satanists took him across. But yeah. Vampire in Highgate. We came to…to investigate.”

Max nods. “We heard he was one of the powerful ones, from Romania or something. And, and, and he can turn others into vampires like him.” His voice cracks halfway through the sentence and he tapers off, aware of the blood rising to this face.

“Come closer,” she whispers, and the two boys edge near.

Georgina steps forward, and gestures to them to lean in. They do so eagerly.

“Wrong on all counts,” she whispers, and she smiles again. She takes her spectacles off and carefully puts them in her pocket.

She hits Toby in the face with the iron bar and his jaw snaps. The fat boy falls to the forest floor, and a Crunchie spins out of his pocket.

She looks at Max and smiles and her teeth, oh god the teeth. When she speaks again her voice has a sibilant edge.

“I’m from North Wales, not Romania.”

Georgina laughs and laughs and slaps her leg with one hand, the other grasping Max’s neck as spots flare in his eyes and the world begins to dim. She throws him to the floor and as if from a great distance, he hears her.

“Always the same. As if I don’t have access to bloody suncream. As if I want some twerp following me around. As if, as if, as if. Oh fat boy, you’re awake? Don’t run fat boy! Don’t run! I vant to suck your bloooood!” 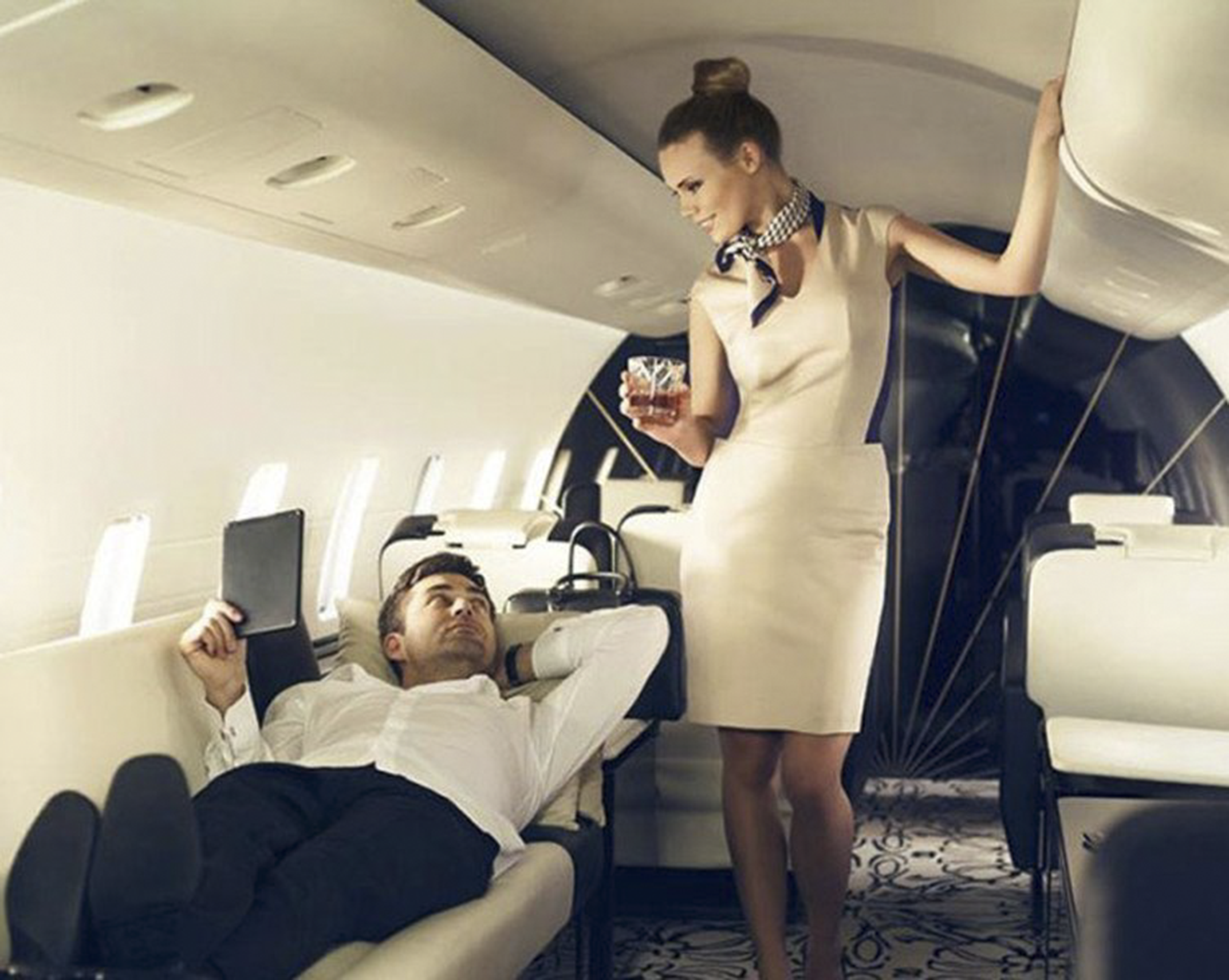 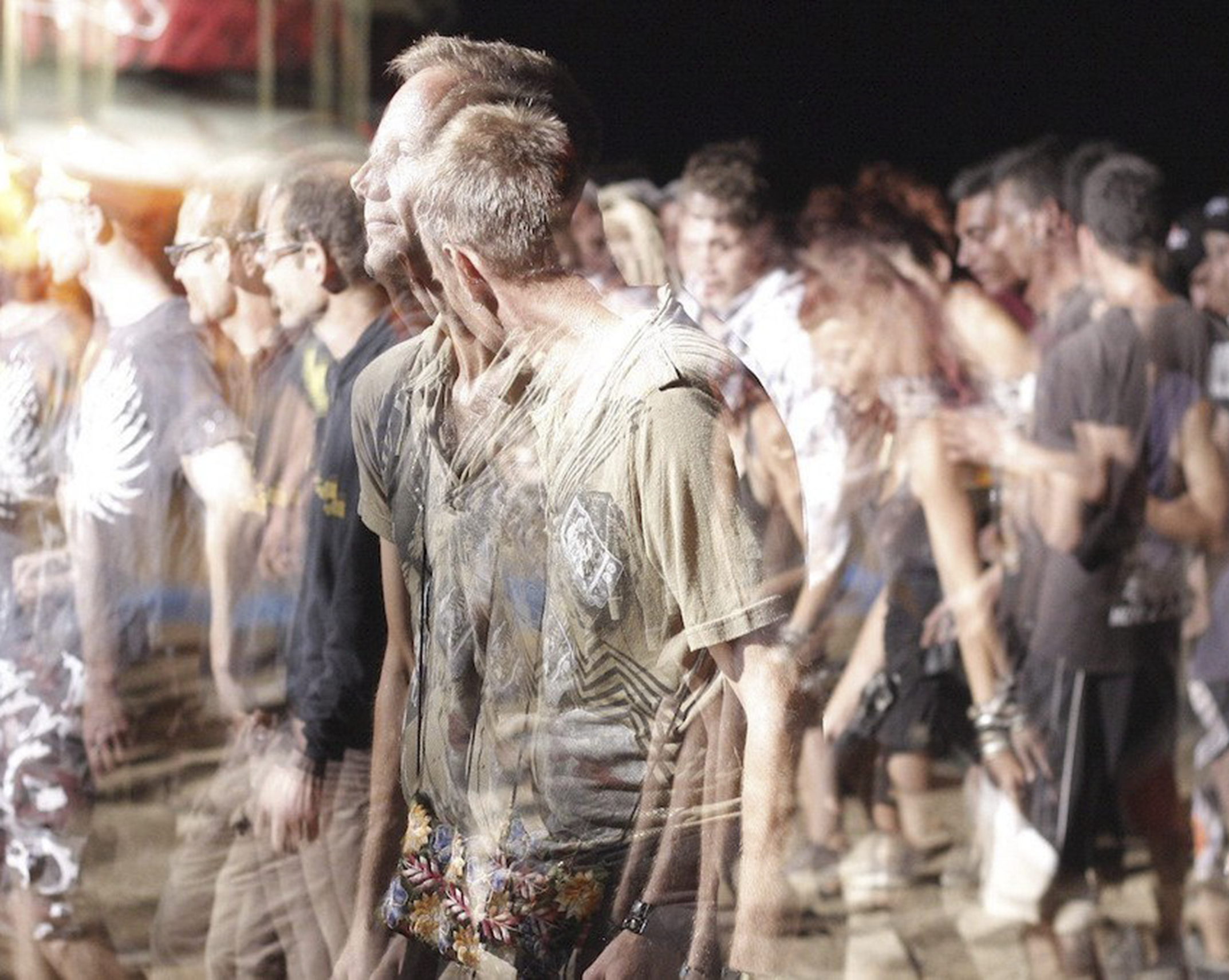 According to a recent survey from the Liaison of Incredibly Esoteric Statistics (LIES), millennials 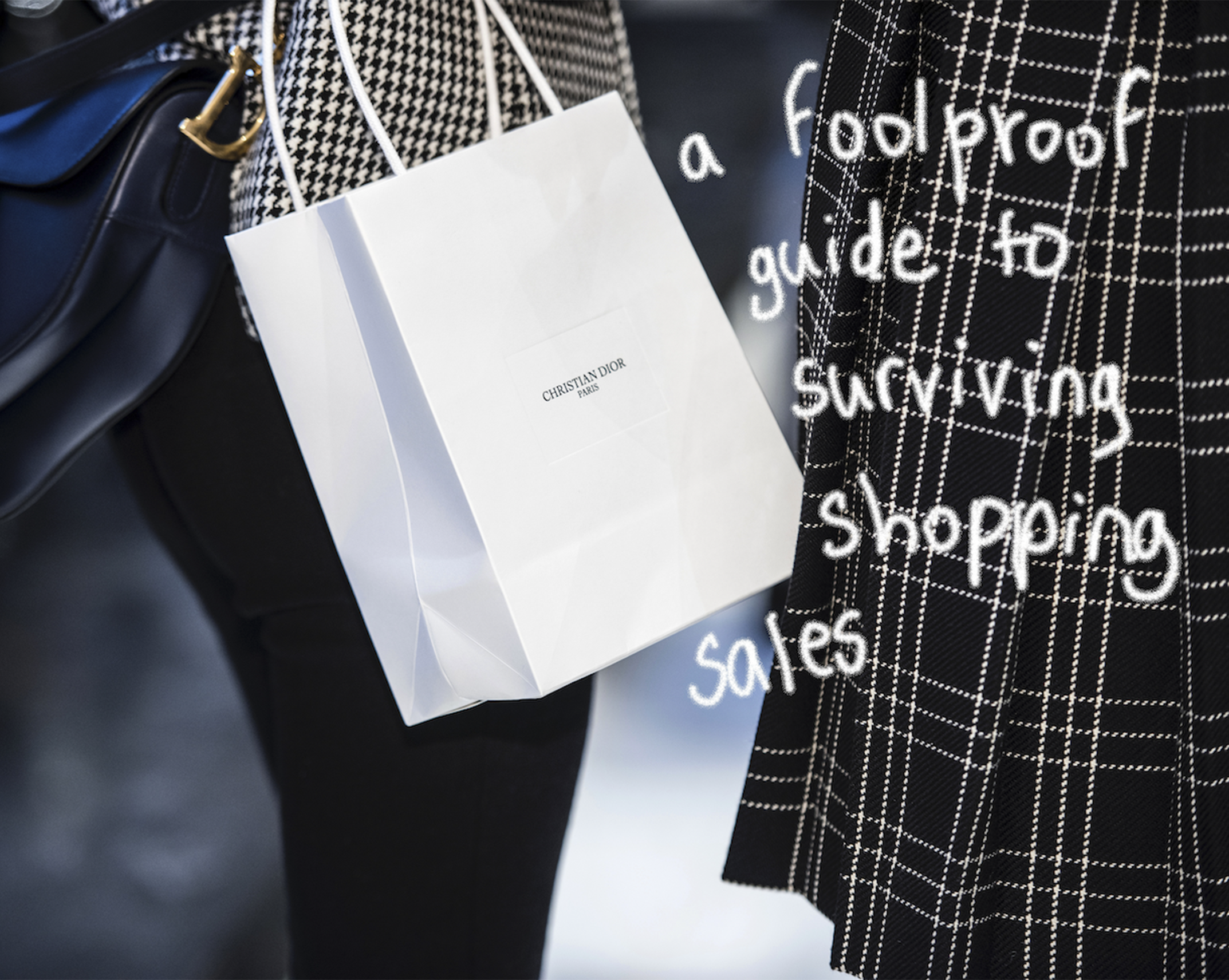 How To Emerge Victorious from the January Honey Trap

Two years have passed since the last January sales so you may have forgotten how it works. But alas,