Humans are fallible, sometimes they cheat. And though they do a fair amount of cheating the mundane – taxes, say, or maths tests – they also cheat their partners.

This time-old tradition, unsavoury though it may be, has nonetheless given birth to a definite cultural trope: the mistress. It takes but a split second to paint her in our mind’s eye: stockings, stilettos, lashings of red lipstick; a capricious, sensuous, seductive person who barely exists beyond hotel suites and cigarette smoke. In the 21stcentury, I find the mistress has fallen very much out of favour and few are interested in the idea aside from, presumably, the men who employ it.

Now I don’t use the word ‘employ’ accidentally. The term ‘mistress’ along with its synonym ‘kept woman’ (though being that on the nose linguistically takes some of the excitement away, you’d think) implies financial support. To take it a step further, it implies financial support in return for sexual service and absolute silence, often from somebody already attached and thus unable to offer a complete commitment, with all the bells and whistles of a wedding and a mortgage. Thus, the mistress exists in a liminal space. It’s a pseudo-role, an uncanny mimicking of the legal-official marriage relationship. Often, she provides emotional support, advice and comfort, when given accommodation she might cook and clean for the man, and in the ultimate mimicry of full-wifery, she may well birth and raise his children. A mistress is shafted into a shadow existence, where her role is to perform the duties of a spouse – but with more sex.

However unpopular the mistress may be, her life is little more than a reduction, and I consider this to be a sad decline from the true state of mistressdom. Hear me out. The word ‘Mistress’ entered the English lexicon via the French language (typical), which in the Middle Ages was using ‘maître’ (translation: master), for someone at the top of a domestic hierarchy (someone like a head of staff, or butler). ‘Maîtresse’ was the female version, applicable to the woman’s counterpart, a housekeeper for instance. (The literal translation of mistress as ‘female master’ explains some of the raunchier and more latex-heavy associations the term developed later… but we’ll get to that.)

It would take a while for ‘mistress’ to take on a sexual connotation in our tongue. The Oxford English Dictionary’s earliest citation for the word is in the 14thcentury when it meant, very broadly, “a woman having control or authority”. In 1755, Samuel Johnson was still giving precedence to a ‘mistress’ as a powerful female, rather than a devious one, listing the meanings in his dictionary in the following order: “1. A woman who governs; correlative to subject or servant; 2. A woman skilled in anything; 3. A woman teacher; 4. A woman beloved and courted; 5. A term of contemptuous address; 6. A whore or concubine.”

Although his definitions escalate dramatically from the female head-honcho to the harlot, it does show that ‘mistress’ was commonly used for women of higher rank or education. A lady who owned a house, for instance, was commonly referred to as ‘mistress of the house’ throughout the 16th, 17th and 18th centuries. And many don’t realise that both Mrs and Miss, when they entered the lexicon, were abbreviations of the word mistress (on this theme, you’d be surprised how many reputable terms have spawned derogatory slang and vice versa; ‘hussy’ for instance, comes from ‘housewife’).

In her research, lecturer at Cambridge University Amy Louise Erickson shows that originally you could be extended the title of Mrs by courtesy, not just by marriage, meaning you could become a ‘Mrs’ if you owned a house or a business, or were well-respected. In effect, you were mistress to yourself. Although many of us assume women have been styled after their husbands for centuries (if your husband is called John Smith, you become Mrs John Smith), this was actually a phenomenon that only emerged in the 1800s and was already being contested in the 1840s. It was deeply disliked because it co-opted the empowering title of Mrs or mistress and turned it into a marker of woman’s marital status. With this shift women of assets, trade and rank lost the value previously carried by the title… and men were given an easier path to absorb their riches.

Women have, of course, been frequently forced to find alternate ways to gain and prosper when men have denied them formal routes. In this vein, we return to the idea of the mistress as a ‘female master’, which evolved to mean ‘dominating woman’. Yet early renditions were not whip-wielding sex workers, but women who, through seductive powers and charms, were able to enslave men. Lola Montez, Irish dancer and mistress of King Ludwig I of Bavaria used her influence to institute liberal reforms, turning the sovereign into her puppy and sparking a revolution. Madame de Pompadour, mistress to Louis XV, converted his entire court into a theatre of her power. She functioned as “de facto prime minister”, the King’s personal confidant and advisor – at times she went so far as to make public statements on his behalf – and she was one of Europe’s most influential art patrons. And who can forget Wallis Simpson, the American divorcée who caused Edward VIII to abdicate the British throne. No doubt some women knew how to handle the reins in a relationship…

But for all the glory of the bygone mistress, her golden era is undoubtedly over. Just one generation ago people accepted Prince Charles and Camilla, and yet today we couldn’t even bear the mere thought of the likes of Prince William or Barack Obama deviating from their picture-perfect spouses. It feels like a million moons ago that the bouncing financier, Jimmy Goldsmith, coined the phrase, “When you marry your mistress you create a vacancy”, in a tone which probably sent his bully-banker pally-wals roaring with laughter, thumping the table and spilling their scotch in the 1970s. Today this sort of statement would be met with frosty silence, at very best a nervous giggle. Equally, Lady Annabel Goldsmith, who was first his mistress, then his wife, apparently took the situation with a pinch of salt. Despite being highborn, well-heeled and infinitely better connected, she still issued the miserably servile remark, that she was “quite unjustified in complaining.” We’d be mighty surprised if a woman took this attitude today.

In short, it looks like men aren’t so hot on cultivating mistresses anymore. Perhaps men don’t want a second wife. Perhaps women don’t want to live in the background. And though it would be pleasant to imagine this is a result of our straightening moral compasses, I’m loath to believe it. Perhaps the mistress is now solely plaything of the rich. I hear sometimes they still get set up in the sweet one-beds round Mayfair, presumably rubbing shoulders with Arab sheikhs and aristocratic widows.

The reality is there’s a crop of new characters jostling for competition. The Other Woman could be anyone; a regular you, me or the neighbour. A side-chick smacks of something sluttier. A homewrecker wants the guy for good. I hear nowadays sugar babies are quite the thing, with both the ‘sugar’ and the ‘baby’ rendering me quite sick, or, another popular option: hooking up with someone on Tinder for a less-than-satisfactory fling. Less glamourous, less effort, less emotional – and no less an infidelity.

But though cheating is alive and well, I hope if nothing else to have shown that the words we use matter, for is anything so sad as the story of businesswomen demoted to scarlet women by change in language?! And though she seems to be fading out of fashion, who really knows where our linguistic fancies might take the mistress next? 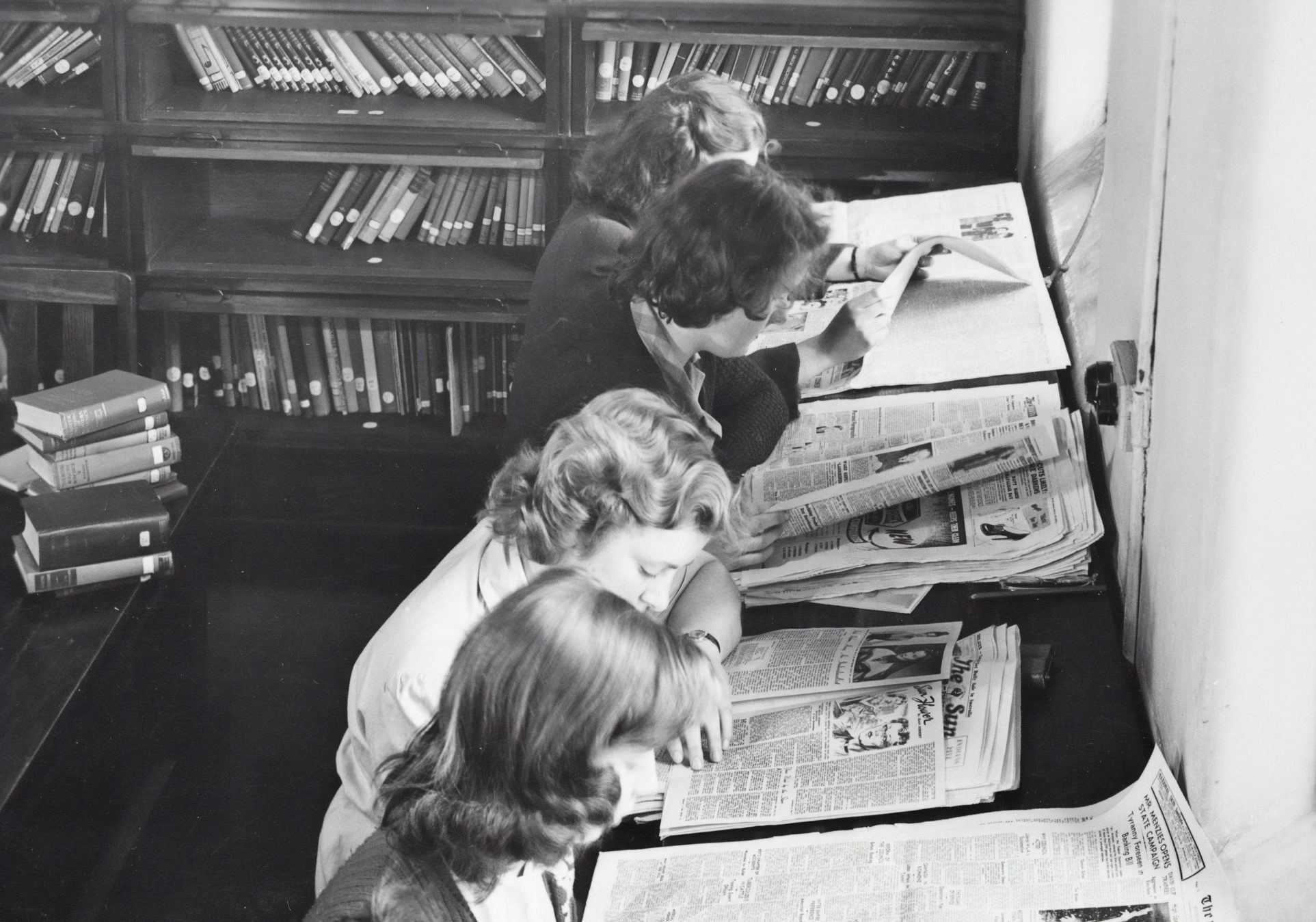 People never talk about the weight of newspapers. An inch wide, pinched between your thumb and finger. A couple of ...

We use cookies to ensure that we give you the best experience on our website. If you continue to use this site we will assume that you are happy with it.OkPrivacy policy