You imagine you are on an l-shaped sofa. In front of you a chess set and an iPad lie on a coffee table. On the other side of the room, champagne glasses stand on shelves above a wine fridge stocked with expensive-looking bottles. Instead of a window, an enormous plasma screen shows you a cloudscape. Next to the champagne flutes, double doors stand ajar and a golden glow emanates from the room beyond. Everything looks reassuringly well-made and high-end. But you are alone.

In his book Ways of Seeing John Berger describes the effect advertising has on the viewer. “[Advertising],” he writes, “is about the future buyer. It offers him an image of himself made glamorous by the product or opportunity it is trying to sell. The image makes him envious of himself as he might be.” So what product, opportunity and future self is being sold to the viewer by the image above of a flat in London’s exclusive Nine Elms development? And is this future really something to be envious of?

Look at the picture again and think about what the objects mean. The chess set signifies skill and strategy. The champagne glasses and fancy wines cue wealth and taste. The iPad and cloudscaped flat-screen refer to a tech-savvy tomorrow where we all live in sky pods. Add to that the room’s crisp lines and understated tones, and it’s clear that the product – a luxury flat in a major world city – offers the prospective buyer the chance to be a richer, more sophisticated, future-proof version of himself. It’s an opportunity that should seduce him completely.

But look closer, and you might wonder if the tomorrow touted by this ad is all it’s cracked up to be. Because have you noticed what it lacks? That’s right: people. Nobody is in. And loneliness is not glamorous. Who would be jealous of a future self living in such sterility, without friends and family and the chaos and intimacy they bring into our homes and lives?

Then again, the emptiness of the picture might suggest something else: that these flats aren’t for buyers who think about noisy dinner parties and visiting relatives. Rather, the lack of life in the image signifies that these properties are for buy-to-let investors, buy-to-leave billionaires, and pied-a-terre CEOs. In short, people who will not treat these apartments as home, who will have no intention of actually living in them.

“…there’s no turning back…”

You are on a viewing platform taking in an artist’s impression of what Nine Elms will look like when it’s finished. All polished bricks and glowing steel, the image exudes luxury. Yet the wooden-panelling the artist’s impression is tacked to tells you a different story. It looks cheap. But you’ve seen something like it before. You rack your brains. Ah yes, boards like these, and the flashes of colour painted on them, decorate the bars and coffee shops you think of as “urban”, “edgy” and “cool”. You step forward and touch one of the boards. You feel the wood, varnish and emulsion beneath your fingertips.

“[W]e are intrigued by the most mundane of objects,” writes Dick Hebdige in Subculture: The Meaning of Style. “[A] safety pin, a pointed shoe, a motorcycle,” he claims, can “take on a symbolic dimension.” What, then, do the cheap wooden boards in the photograph above symbolise? Well, clearly, the interiors of London’s hipper postcodes. And what is their relationship to the artist’s impression pinned to them? Perhaps the low-cost wood and glaring paint, when alongside the artist’s impression, signify that Nine Elms has some of the “gritty” qualities of a Brixton coffee shop or a Dalston bar.

Behind the spot where this image was taken is a completed chunk of Nine Elms. A curved block of glassy flats, its street level is filled with bars, shops and eateries. But not any old bars, shops and eateries. Oh no. It’s all independent coffee houses and quaint-looking pubs. A corner shop called The Battersea General Store has “locally-sourced” emblazoned on its windows. There’s even a branch of uber-hygge Danish pizzeria, Mother. The lack of big brands – Starbucks, McDonalds, Tesco, etc. – is telling.

The presence of non-mainstream businesses, and the absence of generic brands, mingles with fragments of language such as the twee vintage of “general store”, the emphasis on “local”, and a rash of the word “community” on nearby hoardings. These features echo the wood-panelling and eye-catching paintwork, collectively suggesting that we are somewhere “cool” and “real”. Together, these elements converge to symbolise the desire of Nine Elms’ developers that their project be seen as an authentic neighbourhood and not as some soulless, identikit development of luxury flats and privatised space.

Later, you look at the Nine Elms website and see what the development’s huge roof garden will look like once it’s finished. You take in the blue sky, the gleaming, iconic chimneys, the well-appointed flowerbeds filled with wild blooms. You look at the people reading on benches, or playing and picnicking with children on sun-dappled lawns. They are young and old, male and female, black and white. They are relaxed and healthy and professional-looking. Everything in the image feels calm and controlled and so different to the muddled city just out of sight.

While for John Berger, advertising offers an improved future self, for Guy Debord in The Society of the Spectacle promotional images convey a more basic message. They simply say, “that which appears is good, that which is good appears.” According to the picture above, then, a stable world of well-heeled multiculturalism and carefully-managed nature is the order of the day.

Presumably the opposite of Debord’s statement is also true: that which does not appear is bad. And like the absence of people in the earlier flat interior, or the lack of big brands in Nine Elms’ leisure zones, we can learn much from what has been left out of this image. We can learn who will be excluded from life in the development once it is complete.

There will be no gangs, for example, marauding through the roof garden as they do Battersea’s nearby council estates and parks. They won’t vandalise trees, rip up flowers and intimidate picnickers here. There won’t be any low-skill, minimum-wage working poor either – the cleaners, drivers, delivery people, security guards and receptionists who will keep life in Nine Elms ticking over have been kept firmly behind the scenes, airbrushed out of the future.

It’s not just certain people who are absent. The well-appointed benches, lawns and chimneys lack the jarring architectural patchwork and jumbled layout that are such distinctive features of London’s cityscape. The picture’s atmosphere of placid relaxation is devoid of extreme feelings such as joy, anxiety and anger. Come here, the image says, if you fear working people, anti-social behaviour, intense emotions, and London’s exuberant chaos. Come here and cordon yourself off in an expensive bubble of stability and calm where all life’s edges have been sanded off. 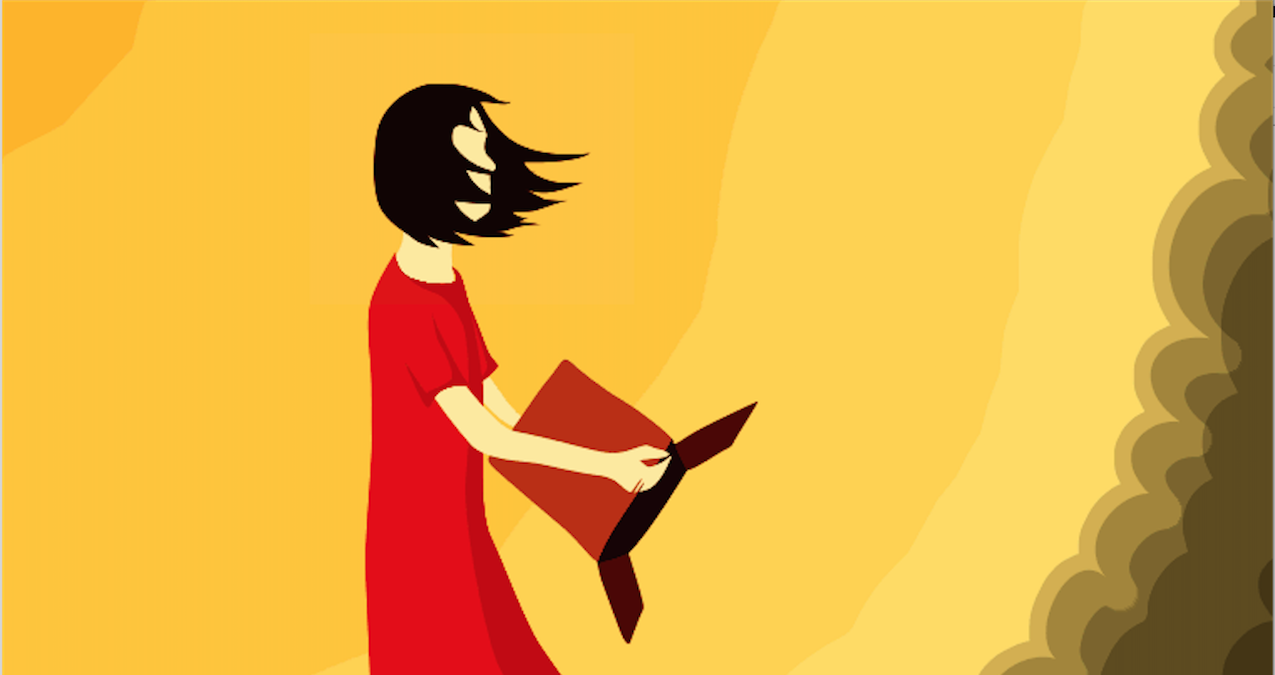 Video games have played a growing role in our cultural landscape for the past forty years, but over 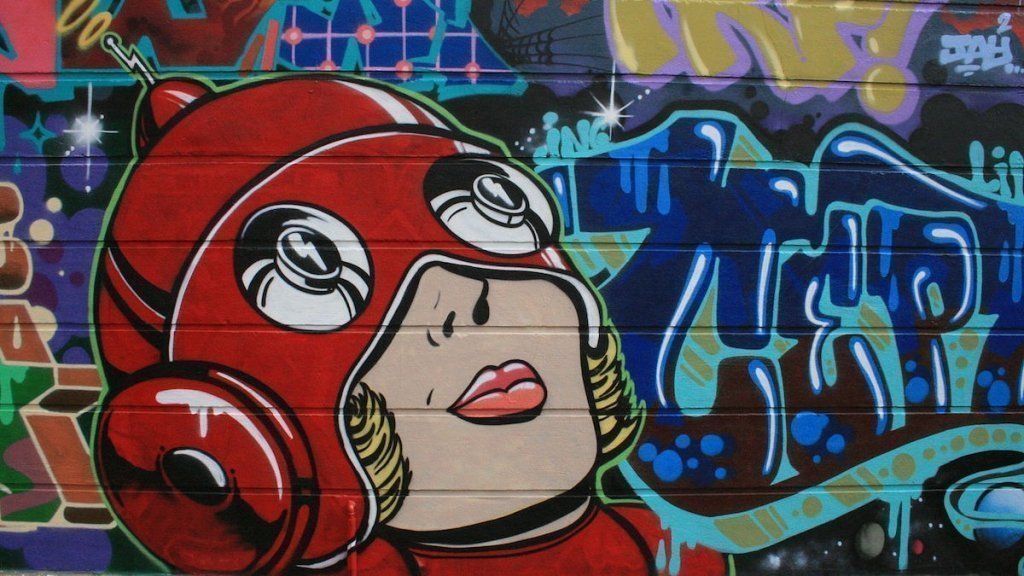 Think of teenage culprits: the only ones brazen enough for how-on-earth heights... 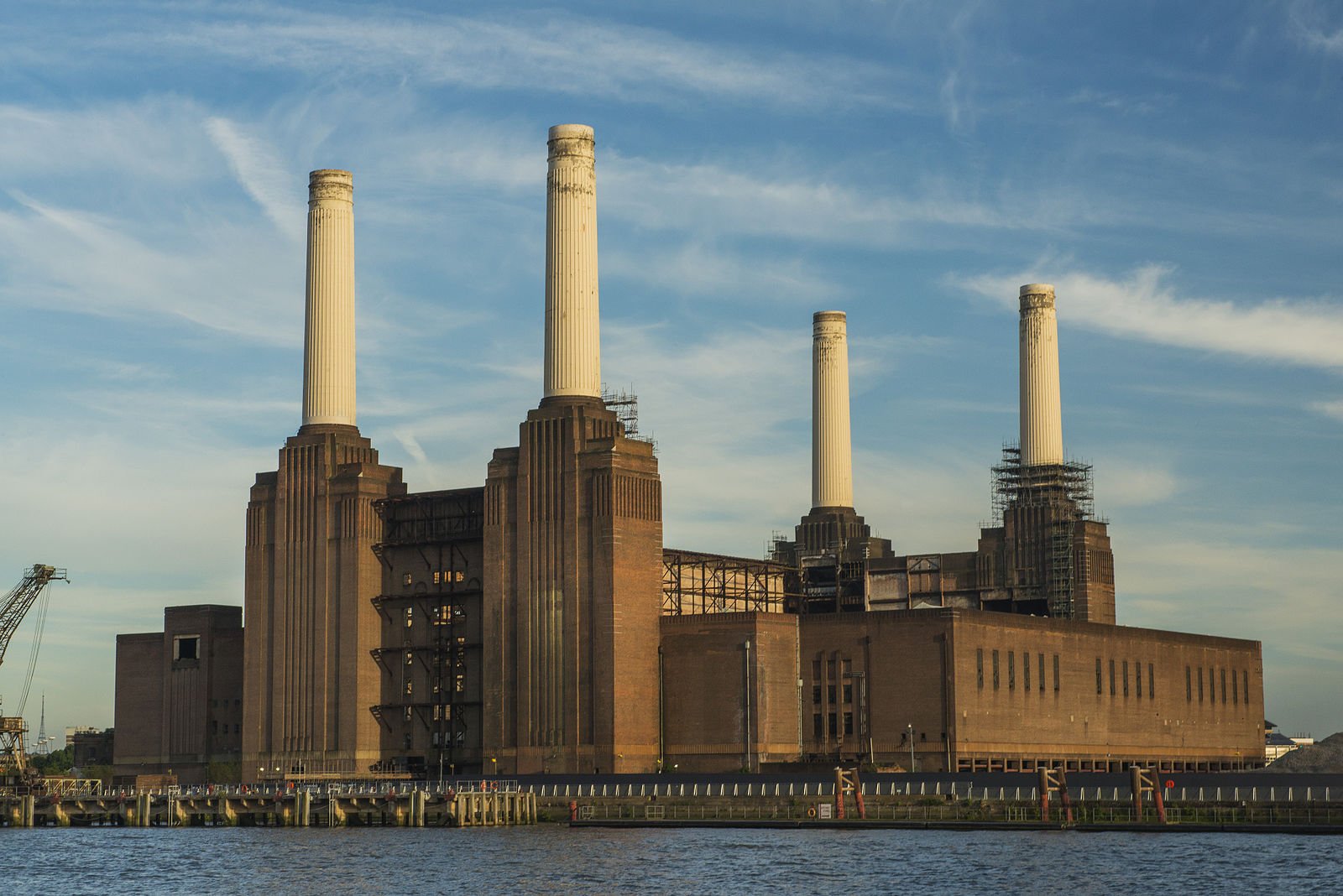