Were you to stumble across a portrait of John Keats you’d encounter the face of a vibrant, classical 19th Century English gentleman. Further investigation would reveal him as a young poet of the Romantic era, intelligent enough to qualify as a medic at Guy’s Hospital, Southwark. You’d be forgiven for not knowing much about John Keats the man, though you’d be surprised how much you may know of John Keats’ verse. His flowery quotes on beauty, love and swooning romances pepper our English curriculum and even survive on social media.

Any handsome images we discover would be portrayals by artists who presumably knew him directly and presenting him as the refined, dapper hero also conveyed by actor Ben Wishaw, who played Keats in the 2009 film ‘Bright Star’. This dashing resemblance never ages; Keats must be remembered forever young. He died in Rome at the tender age of 25, his lungs completely destroyed from battling with tuberculosis. But how was Keats really perceived in his time? Can we ever hope to untangle this mystery? And what factors may have swayed popular opinion? For in classist London where he lived, his works resulted in numerous jealousies among writers above his social standing, but not above his calibre.

How might dedicated fans of this elegant author, who coined the timeless phrases ‘A thing of beauty is a joy forever’ or ‘Love is my religion — I could die for it’ react, if they were told their alluring literary hero is permanently associated with the bawdy British term ‘Cockney’? Considered a “pejorative term” which gradually came to refer to all the working-classes, it seems out of step for the sophisticated one-time surgeon who abandoned the medical profession to pursue poetry, stating that he would otherwise “kill himself”. And would perceptions of the poet change upon hearing that just days after Keats’ death, his editor John Scott, was shot and killed by the agent of Keats’ prime literary abuser, in an aggressive feud known to this day as the ‘Cockney School’ controversy? For Keats and his writing peers were being slandered under what was considered a culturally derogatory term.

Since he was born in Moorgate “within a mile of Bow Bells”, John Keats was technically the truest of East End Cockneys. There is no written evidence at all, however, suggesting that he sounded like Pygmalion’s Eliza Dolittle, though there are firm records he mingled with established writers such as Wordsworth, Coleridge, Shelly and even Byron. How can we make sense of Keats’ association with the culturally tarnishing term Cockney, when he was mixing with the upper echelons? The truth, as always, is complicated. Although Keats may not have sounded, looked or mingled with the working class, the term ‘Cockney’ at this early time referred to “suburban vulgarity”, and had not quite come to cover everyone from the East End yet. The Cockney School controversy was more like a witch-hunt, an angry crusade of poets who wanted to tarnish Keats and his friends. In their own works they accused Keats and his group of extreme moral depravity and unorthodox religious views, writing sneering put-downs such as “his muse talks indelicately like a tea-sipping milliner girl”. Such pettiness certainly read like the words of a sore loser.

In May, Keats’ original ‘Ode to a Nightingale’ manuscript was returned to Keats House Hampstead after 200 years. The anniversary was celebrated with an event where visitors were greeted by ‘living history’ actors. Accurately cast and trained by Andrew Ashmore and Associates’ Historical Interpretations, they offered historic insight alongside their stylised interactions. Ben Worth, enacting Charles Brown, the close friend Keats lodged with (or rather “lived off”) in the house, suggested everyone wanted to spend time with Keats, he was popular. “Critics disparaged Keats as they were classist, and Keats was trying to break in from a background unlike theirs. He wasn’t a wall flower and gave as good as he got”, suggested Worth. Matthew Coulton, enacting John Keats himself, added that “He did not at all like being reliant on Brown, and disliked conflict, writing ‘Though a quarrel in the streets is a thing to be hated, the energies displayed in it are fine; the commonest man shows a grace in his quarrel’.”

Attention might be brought here to Keats’ use of the word “commonest” and his financial dependence on Brown, for Keats was viewed as the poorest of the Romantic poets. His parents had been unable to afford the prestigious schools Eton or Harrow, but they did send him to a smaller fee-paying school in Enfield that honed a liberal outlook and progressive curriculum. After becoming an orphan at fourteen years old, he was forced to survive independently, although in a sad twist of fate, it was discovered much later that Keats was left a significant inheritance which he never heard about. This would have changed his life circumstances dramatically and it is unknown whether his disgruntled guardian Richard Abbey, who had overseen Keats disused apprenticeship as a surgeon, had knowledge of the inheritance at the time.

Keats did not live to see the grand success of his own writing. The symptoms of his fatal illness may in fact have been hastened following the brutal review of his prided work ‘Endymion’. Classist critics slandered his choice of language to form rhymes, and classical subject themes in which he had not been formally educated to the extent of his contemporaries. Keats specifically asked for the words above his gravestone to read ‘Here lies one whose name was writ in water’, as if his efforts were to dissolve into nothing. His languishment was recognised by Oxford educated poet and friend Percy Bysshe Shelley, who was captivated by Keats abilities. Shelley even memorialised him in his despairing elegy ‘Adonais’ and carried a book of his poems for years later. Shelley’s fascination must have overlooked snobbery, and justly appreciated Keats’ work, despite his youth and status as socially-degraded and self-trained.

Continually “lodging” with friends, Keats found solace and contentment in the company of Leigh Hunt, editor of The Examiner, a leading journal expounding radical principals. Hunt, who was once imprisoned for slating Prince Regent George IV, was the first to publish Keats’ work and knew him by the alias ‘Junkets’. From where did this coarse nickname stem? Could it have been the accent in which Keats introduced himself, or was it just a joke, a bitter tease on the fact that he was to be forever tarred by his social standing, always to be compared unfavourably and of an inferior class within his desired profession? Perhaps his social behaviour and perceptions of his personal character might shine some light on the questions.

Darcy Keeble Watson, enacting Keats’ fiancé Fanny Brawne, explained that Fanny was unable to marry Keats due to lack of income and his long-term illness. The couple’s written correspondence revealed a passionate devotion, perhaps deemed improper at the time. Keats often seemed unsettled by her behaviour and was uncertain of her affection. When his letters to Fanny were published decades later in 1878, they attracted much venom from the press. Elaborating on this, museum research staff also revealed that Keats was known to have had a close relationship with a married older woman, Isabella Jones. Keats once even wrote a letter to his brother that he had ‘warmed with her’ and ‘kissed her’. All these surviving fragments of information continue to evoke multiple interpretations of the poet’s likely personality and character. And it’s more than likely that these sorts of unconventional attachments made him an easy target for slander.

In another attempt to uncover personality traits, we turned to handwriting expert Emma Bache with various samples of Keats’ original letters and poems. As a professional graphologist, Emma promotes the idea that handwriting is as unique as a fingerprint. Fine motor co-ordination between the brain and the hand show an extension of body language, and in turn this reveals a plethora of information about the writer. During her intriguing analysis of two hundred-year old samples, Emma focused her attention on the heavy pressure applied, suggesting strong sensuality, and retraced garlands, implying the poet was a charmer. At the same time, heavy downstrokes and sharp ‘t’ bars hinted to a stubborn character with a temper. Further analysing variants in the horizontal baseline of the poet’s writing, she concluded that the poet had enormous charisma and very much wanted people around him to like him. He was, however, likely to be a “deceptive” people-pleaser. Whilst his temper was the strongest aspect Emma picked up throughout the samples, he also perhaps liked his comforts and put himself first. He very much wanted his own way, was possibly vain and likely a narcissist. As an ambitious and determined person he became bored quite easily. Emma’s graphological discoveries appear curiously in keeping with aspects suggested earlier by living actors Worth and Coulton.

Not long after our session with Emma, the lecture ‘Cockney Romantics: John Keats and His Friends’ took place at the Museum of London as a part of the Gresham College Lecture Series. So we interviewed speaker Professor Sir Jonathan Bate, Gresham Professor of Rhetoric and British Academic, knighted in 2015 for services to literary scholarship and higher education. Upon discussing Emma’s personality predictions of Keats, Sir Jonathan agreed with the idea of Keats being ambitious and determined, and that it was broadly true that Keats could not easily forget. He had a great memory for small details, which, coupled with sensuality, was visible even in his daily writing. In Autumn 1819 he memorialises eating a nectarine in a letter, describing it thus: “went down soft, pulpy, slushy, oozy — all its delicious embonpoint melted down my throat like a large beatified Strawberry.” Sir Jonathan also concurred that Keats had a temper, adding his knowledge of the young Keats apparently getting into “fisty-cuffs”. Elsewhere, research mentions Keats as a volatile character “always in extremes”, given to indolence and fighting.

Bates was less in agreement, however, with the idea of Keats being vain or a narcissist. He suggested instead that Keats probably had a sense of his own potential for greatness and that actually, he might have been profoundly insecure. Sir Jonathan added another interesting footnote analysis of his own. Looking at a variety of his poems, Keats had a fascination for the way in which the body works, and this is likely very bound up with his medical training. In Keats’ famous sonnet addressed to Haydon, there is reference “these will give the world another heart, And other pulses.” Sir Jonathan suggested looking at writing fragments from the end of his life, “Keats was trying to re-write an epic poem using classical mythology, but in a more dreamy style and with a language more intensely Shakespearean.” So was it in fact the ‘Cockneyisms’ filtering through Keats’ work that eventually connected with Londoners en masse? Perhaps it is his more relatable style that afforded an accessible appreciation of classic literary masters by captivating our inner city ‘hearts and pulses’. One thing we can deduce for sure, is for a personality so maligned from the very beginning of his career, Keats must have had true genius to still have made it into our canon today. 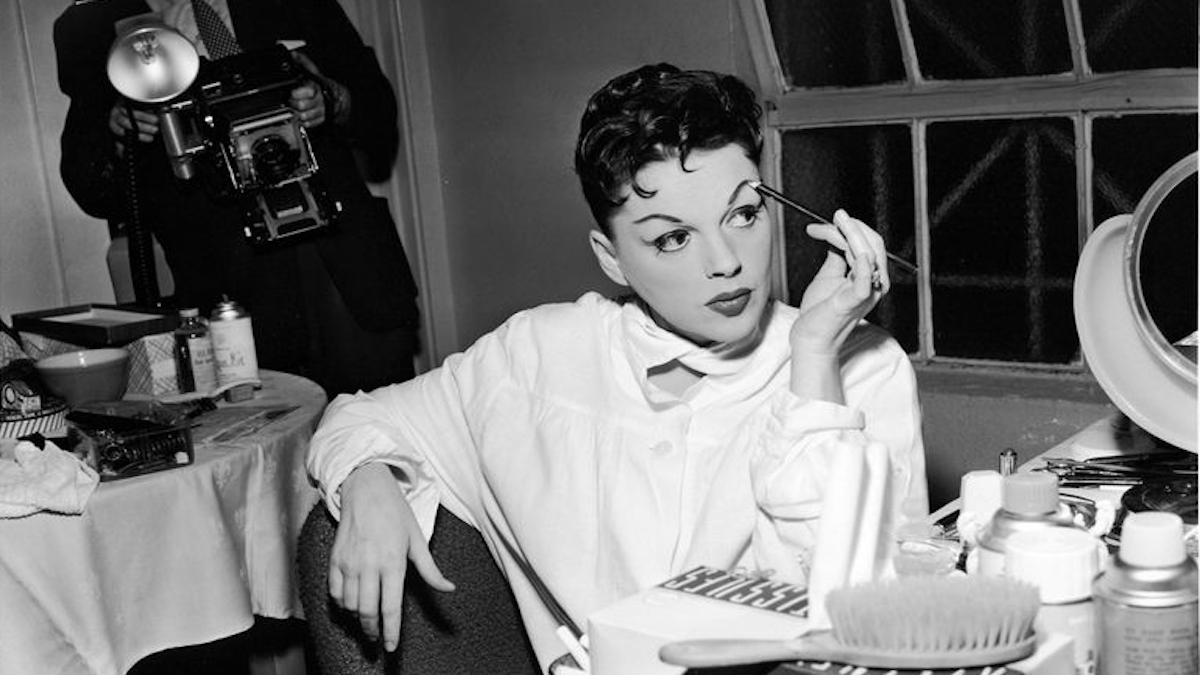 Despite all her hopes, London wasn’t able to save her. But little spectres of those hopes, as well as her ...

Last week saw our editor flown out to Madrid by Ford Cars to explore Casa Décor. Ford was a major ...