Skip to the content
5 March 2018 By James Crump
Reviews

The Anti Rom-Com and The Search For Subversion

It’s fair to say that the traditional romantic comedy has been on a downward spiral for at least a couple of decades, and arguably since Hollywood’s Golden age. In response to this, the clever folk in Tinseltown started making what I will call “Anti-rom-coms”. These films subvert the cemented romantic comedy arc in a variant of ways but never satisfy as by the end of the film they bring the two leads together for a mushy and traditional reconciliation. There are of course exceptions, and these films are generally the better for it, i.e. 500 Days Of Summer (2009), but most crack and become formulaic.

Due to the sheer quantity of these “subversive” films, there is a desperation coursing through the veins of the more recent anti rom–coms, causing the latest Netflix original programme Love (2016) to go to extreme lengths to prove to the viewer that it isn’t one of those mushy rom–coms everyone apparently hates these days.

The show follows two complete opposites, Gus, a nerdy, on set, tutor for a CW Witch show (I’d watch it), and Mickey an alcoholic and drug addict who works for a radio advice show (I wouldn’t listen to it). Although “Love” would like to make you think that the “meet cute” is organic, and more like “real life”, it’s just as contrived as a standard rom-com, with Gus showing his good guy credentials by paying for Mickey’s coffee and, in one of the shows rare funny lines, awkwardly referring to cigarettes as a “pack of smokes”. This leads to the crux of the problem with Love, and other recent anti rom–coms. They strive to make something so different from a traditional rom-com, but can never figure out how to avoid the conventions, leading to them making exactly what they didn’t want to. Sometimes conceding to a traditional ending can work brilliantly with films such as Trainwreck (2015), where the more conventional ending doesn’t ruin the enjoyment of the past two hours, as it feels true to the characters and changes the implications of what a romantic ending might mean. However most of the time the films end up more like I Give it A Year (2013), which is infuriating in it’s desire to be cynical, or Love, which is, for the most part, a waste of well over 5 hours.

Often in these “subversive” shows or films, they make the characters unlikeable, or at the very least unlovable, to hammer home the point that these characters aren’t romantic, and that we shouldn’t be rooting for them. Then they try to make us root for them. This is the case in Love, but what the show and many other of these unsuccessful films forget is that if you are going to make the characters unlikeable, at least make them somewhat interesting. I don’t care about a 31-year-old white man who is tired of his easy job, who ends up acting like a coked-up toddler because his dreams don’t fall into his lap. I also don’t particularly care about a troubled 30-year-old woman who manipulates and infuriates most of the people she has a short amount of contact with (maybe I’m heartless). Even worse, however, is that although a couple of the supporting characters are nice people, they also forget to make them interesting, or give them any depth. They instead give them one defining characteristic and a backstory that would usually amount to nothing more than an unsatisfactory anecdote at your new friend’s awkward dinner party. Being unlikeable isn’t enough to make an interesting character, and neither is being nice. There is so much focus on cynicism and attempts at subversion that the writers forget to think about the characters.

The show does make excuses for its characterisation’s by explicitly calling these characters bad people for their actions, but that is possibly more infuriating then writing lazy characters in the first place. Either stick by your guns, or do something different; don’t tell the audience that you know you’ve been lazy, and hope they forgive you because at least you admitted it. Making these excuses for the white leads might be bad enough, but they even have the gall to make excuses for the stereotypical use of ethnic characters in the show (of which there are very few). The only featured minorities are used as either advice givers, or in the worst case of stereotyping, as an angry black woman. In addition to this, the only black man in Love is used essentially to give advice to the characters in the show, a point that the character makes as if that exonerates them from their tokenism. You might think that they are making a clever comment on the use of minorities in mainstream romantic comedies with this type of character; you’d be wrong. Perhaps making a minority a lead would have done the trick better.

Co-creator of the show, Judd Apatow succeeded at an attempt at an anti rom-com last year with the funny, and genuinely subversive, Trainwreck. Amy Schumer wrote Trainwreck, and perhaps Apatow should have learnt more from making that film what is essential to making an anti-rom-com work. Cynicism and attempts at subverting the conventions aren’t enough anymore. The reason why Trainwreck works so well is that it leaves it’s subversion to the things people really want to see changed; representation. Schumer is hilarious in Trainwreck, playing a role so often given to men, and is genuinely subversive by showing a woman freely enjoying her sexuality, and humiliating men at will. The film connected with mainstream audiences, making 140 million dollars worldwide and cemented Schumer as a star, yet Apatow has creatively retreated and made a lifeless, humourless and far less progressive piece than either he or his fellow creators must have wished.

Going even further than Trainwreck is Appropriate Behaviour (2015), which is written, directed by and starring Desiree Akhavan. Like many of these anti rom–coms, the film makes you believe that it is less about a happy romantic ending and more about the character understanding and accepting themselves. But here’s the catch; the film actually follows through with this. Unlike the rest of these films, Appropriate Behaviour actually follows it’s premise through to completion (whilst starring a bisexual Persian woman). This is the kind of subversive anti-rom-com that is needed. It is a shame it was a small film that, although lauded critically, has not made an impact with the general public, making just fewer than 47,000 Dollars at the U.S. box office.

Ultimately these anti-rom-coms fail because they don’t go far enough in subverting standard rom-com tropes. The anti-rom-com is now a cliché itself, which is surely the biggest insult I can give something trying so hard to subvert the norm. It’s the film equivalent of the 20-year-old man smoking a pipe and talking about David Foster Wallace; the faux interesting character with nothing original to say. It’s boring, and I’ve had enough. So, instead of wasting over five hours watching the bland, anaemic Love, check out Appropriate Behaviour for Persian, bisexual fun.

If you are looking for a place to rest your weary head after a hard days shop at Harrods, why not co 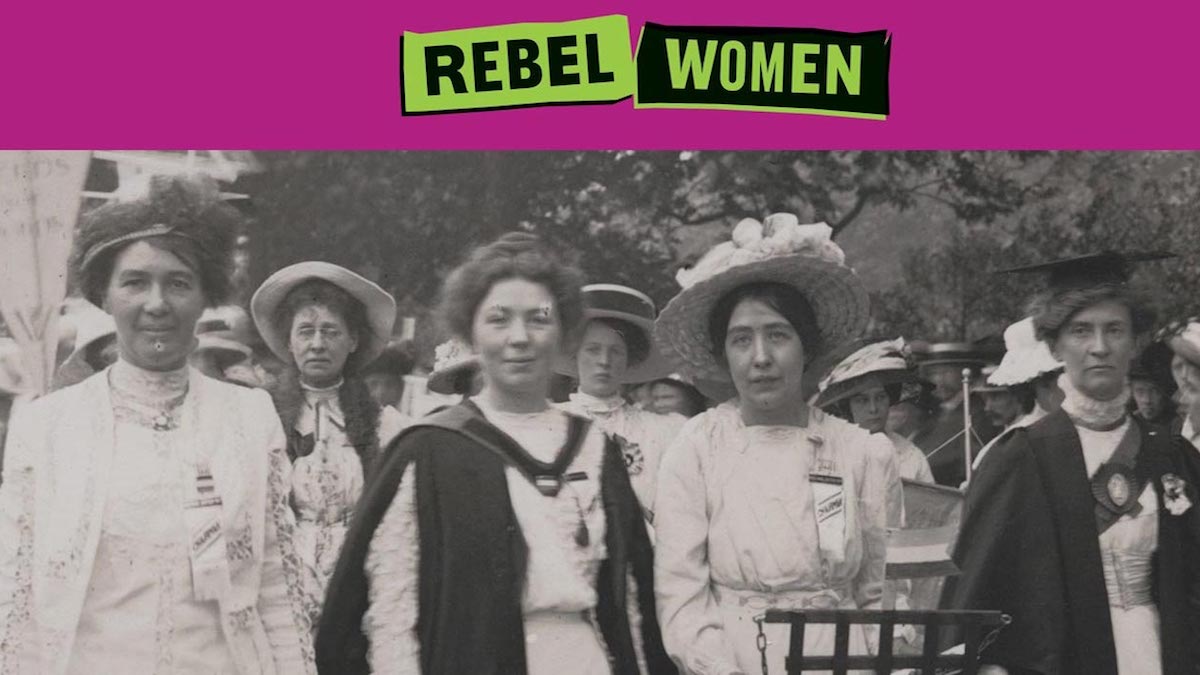 Much of London has tried to honour the centenary of the vote for women in some shape or form, but fe