To look at the Medieval representations of the human body is to stare down the gullet of a frightful beast. The doughy bodies of priests in illuminated manuscripts and rudimentary anatomical drawings look gormless at best. At worst they look like someone gone demented through years of drug abuse.

One explanation for this brutal treatment of the human form in the Middle Ages might be found in the general medieval disdain for carnality. It was believed that the body was merely a vessel for the soul. Nudity was associated with the fall of mankind and mortal sin – quite a contrast from the dynamic sculptures of antiquity, where a love of athleticism and youth dominated. The naked, forceful and proud effigies of Ancient Rome and Greece are paeans to the perfect body. In many ways this ancient worship of strength is sustained in our century not by sportsmen or soldiers, but by dancers.

The dancing body – poised, positioned and pliant – has been some artists’ lifelong passion. The recent exhibition Rodin and the Dance: the Essence of Movement at the Courtauld Gallery brought the moving body into full focus. Aptly, the material comprising sketches, plasters and bronzes borrowed from the Rodin Museum in Paris and private collections was set in rooms near one of the Gallery’s permanent displays – Degas’ bronze ballerina. The proximity of Degas’ oeuvre underlines the difference in the two artists’ relationship to the dancing body.

Though Degas and Rodin were contemporaries, their interests diverged. Degas was fascinated by the context and theatricality of ballet – the framework which encapsulated the figures. Rodin thought ballet excessively codified, and instead was enthralled by movement qua movement. He went on to create plasters and bronzes of dancers and acrobats in action, famously among them the great Nijinsky and the American dancer Ruth St Denis.

Rodin couldn’t get enough of the dancing body, its muscles, its elasticity. The big question for him was how to convey movement through a static medium and he experimented with several solutions, even creating interchangeable plaster pieces to enable him to succeed in this very arduous task.  His works are sometimes detailed anatomical studies rather than portrayals of formalised dance. He was intrigued, for example, by the so-called ‘tripod’ position (a very extended penchée, with the torso fully bent in a forward motion and the head touching the ground) which he rendered in several versions, aided by his model Alda Moreno – an acrobat who posed for him naked.

Rodin’s interest in the body embraces its inherent eroticism – some of his sculptures leave little to the imagination. Even more significant was Rodin’s ecstatic appreciation of the Cambodian dancers who were first seen in France at the Colonial Exhibition at Marseilles in 1906. These figures had a notable impact on his artistic development. He sketched them, and wrote that “ [the dancers] made the antique live in me […] I am a man who has devoted all his life to the study of nature, and whose constant admiration has been for the works of antiquity: Imagine, then, my reaction to such a complete show that restored the antique by unveiling its mystery.” Temple dancing and the spell of the East would remain in the public mind for a long time. The angularity of the dancers’ shapes, their limbs and their unfamiliar contortions held appeal.

The naked dancing body has continued to fascinate visual artists, and in contemporary times, photographers have engaged in this exploration too. New Yorker Jordan Matter only photographs dancers, and recently his book Dancers after Dark (Workman Publishing, New York, 2016) became available in London through Danceworks, who liaised with Matter in finding dancers willing to take part in his project.

The book is a collection of practising dancers who have all volunteered to be photographed while dancing naked, at night-time, in some of Europe and America’s hotspots. The images never reveal too much anatomical detail, with cleverly angled shots concealing modesty. There are moments of true splendour skilfully caught, including the cover image of beautiful African-American dancer, Michaela De Prince, crossing a busy NYC street after sunset wearing only her pointe shoes. There are also images of dancers submersed in nature, like the one taken in the freezing water of the Yampa River, or the one taken at 5.53 pm at the Loch Raven Reservoir, MD.

The book is a feast; an exultant celebration. Matter has selected dancers of all shapes and sizes, of either gender and of diverse ethnicities. What they have in common is a body trained to reach its fullest potential and the desire to be part of this project which revels in the dancing body, revealing its power and the rigour of their training.

As photography developed, it inherited the convention of the nude in the landscape already explored by painters and poets. While Jordan Matter’s work is not entirely a novelty in this sense, he has nevertheless pushed this subject further. Although we have seen  dancers photographed while posing or moving outdoors before, Matter’s project is unique in terms of its sheer size and for the consistent match between bodies and locations. The photographs are very carefully constructed and yet they maintain a sense of utter immediacy. In order to avoid being stopped by policemen – nudity in public being a legally grey area, potentially leading to arrests – the shots had to be taken quickly. Perhaps nowadays a crowded thoroughfare can be considered a human beasts’ natural landscape.

Matter’s book could be considered a modern and logical conclusion to the explorations initiated by the likes of Degas and Rodin, accomplishing a similar purpose through a different medium and in wholly contemporary terms. In any case the trance into which a trained body throws the onlooker shows no signs of abating. 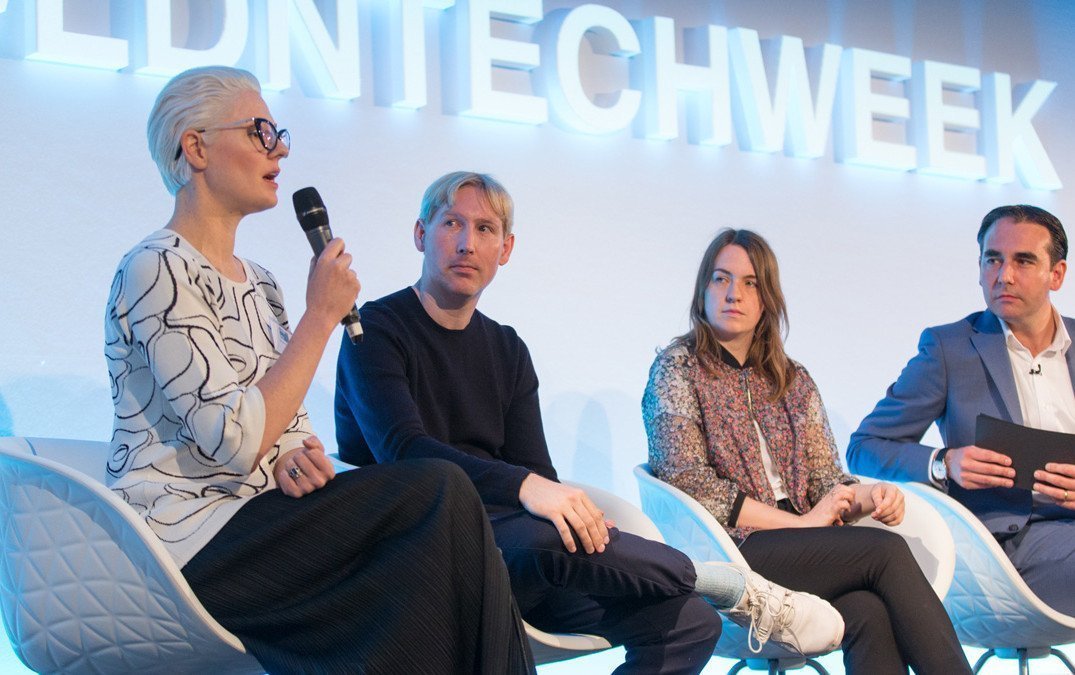 Medicine and fashion don’t often go hand in hand, but Australian designer Brooke Roberts believes that the two can definitely ...