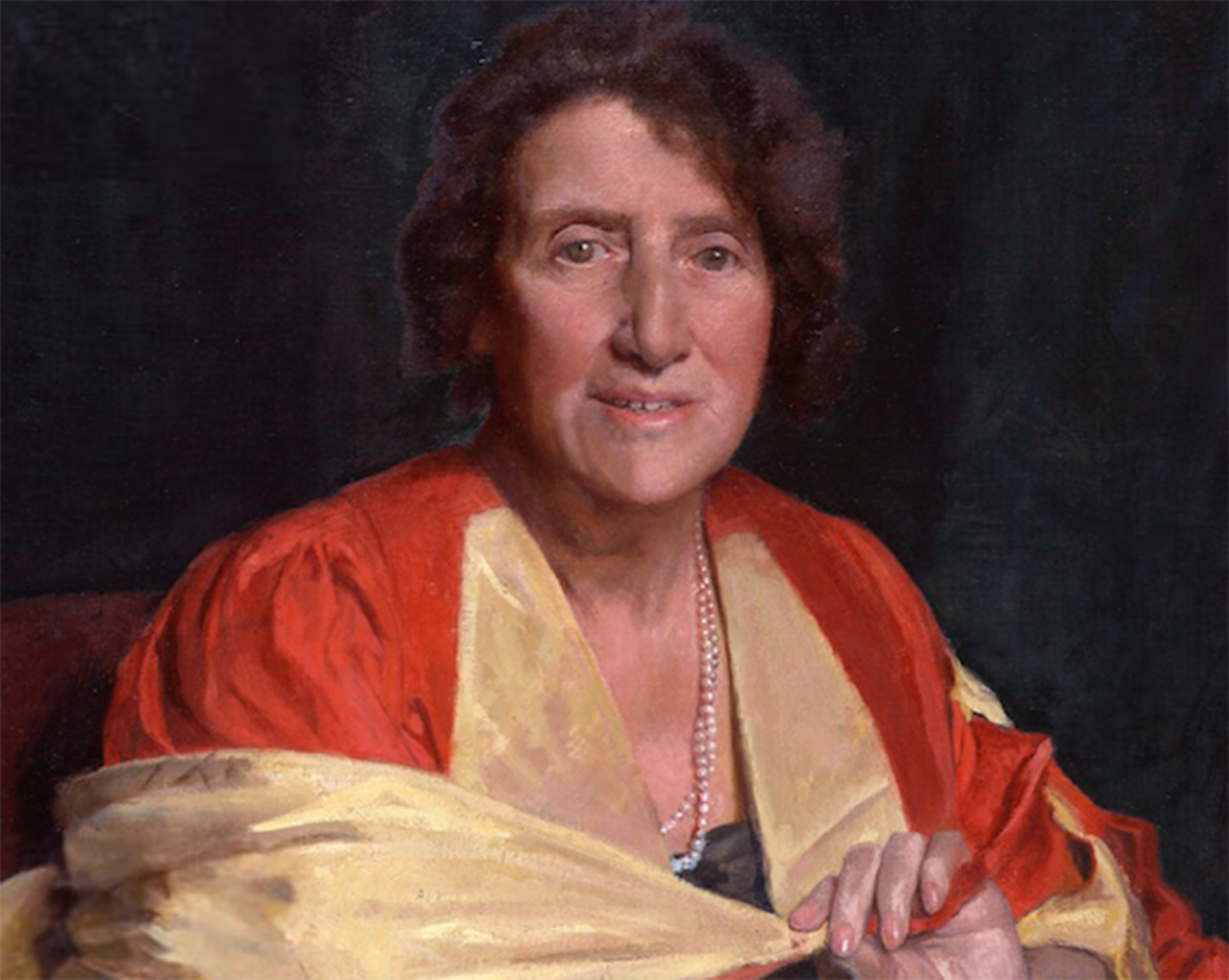 From Queen Elizabeth to Margaret Thatcher, British women have left footprints in history. But some figures have been, if not completely forgotten then certainly corroded by the grindstone of time. Today I bring to you the much overlooked Marie Stopes.

Born in the 1880, Marie Stopes was an illustrious scientist but is best remembered (if remembered at all) as a pioneer of birth control. If you recognise the name it’s probably because you’ve heard of the Marie Stopes abortion clinics, (rather curiously named after her, since Marie was for contraception yet viciously opposed to abortion). Please read if you like women with a kick!

Marie Stopes’ mother was a frigid Shakespearean scholar and her father was heir to a brewery. In her spare time, her mother pestered people on the dangers of freezing meat (apparently a perilous past-time). The poor father was not much desired in the bedroom, (the letters between them show her deep disgust for sex), and consoled himself with collecting fossils.

Marie went to school late and was considered dense. However, she was hard-working and soon began to ace everything. At 19 she decided to take on the science faculty of University College London and pit her wits against male students instead of resigning herself to a ‘women’s college’. She became the first woman to ever achieve two honours in one year, (botany and geology), and the youngest person in Britain to achieve a masters. Her father’s death did nothing to curb the furious sail of Marie’s ambitions and she achieved a PhD in Munich and became the first female lecturer in the University of Manchester. By the time WWI came round, she was an authority in her field and during the War period helped the British government with her technical expertise on coal.

Marie very much wanted a suitable husband to add to her list of achievements. Her first dalliance developed in the form of Kenjiro Fujii; a married Japanese professor. At 24, he was her first kiss… though they both hated it! Kenjiro thought it was gross (kissing was considered disease-spreading in Japan at the time) and Marie described it as “quite horrid”. They agreed to marry, so Marie ferreted out a sponsored trip to Japan in connection to her research projects and followed him there.

In the East she found her lover cooled. Fujii, not wishing to offend, but equally not wishing to marry a white woman, spread the rumour he may have leprosy to get out of it. Feeling rejected and needy, she began to toy with several other men, and finally, Marie the Bridezilla, discovered and devoured a Dr Reginald Gates – wedding him four months after meeting.

Marie’s beliefs were often contradictory. She was proud of being married – but was heavily pro-women’s rights and asserted her independence by keeping her name as Stopes. He was dissatisfied by this, but not nearly as dissatisfied as she ended up being, since they never had sex. Ridiculous though it seems now, at the age of 31 Marie didn’t know there was more to marriage or baby-making then “chit-chat in Liberty-printed drawing rooms”.

It was not until their lodger became Marie’s confidant, worked out her virginal status and – in what must have been the most awkward conversation of the century – informed her of that fact with the help of a physiological diagram. Marie, humiliated and disgusted, fought for divorce on grounds that the union was never consummated. This was a long public affair in which Marie had to testify in court and reveal many embarrassing personal details. Although she became a bit of a laughing stock she was also thrust into limelight, a light she would learn to own for herself.

“In my own marriage I paid such a terrible price for sex-ignorance that I feel the knowledge gained at such a cost should be placed at the service of humanity.” After her sexless marriage, Marie’s rage wouldn’t be quelled so alongside her flourishing scientific career, she found a new calling. The “service to humanity” was a book called Married Love and it dealt with a cocktail of ideas cooked up from Marie’s Quaker upbringing, ‘academic research’ (mostly weird old-fashioned doctors manuals) and her own life story. These made-up theories would dominate the rest of her life. Here’s a bullet-point summary:

The book scared publishers with its taboo ideas, but in usual bulldog fashion Marie wouldn’t let up till she won- and got funded by a rich, young man called Humphrey Roe. When they met, Humphrey was already engaged to someone else, but Marie bullied the fiancée out of the picture. Soon enough, after her book “crashed into English society like a bombshell” she, a virgin at 37, married Humphrey and finally got to do the dirty. This bliss was what Marie had dreamed of, and she doted on her new spouse sending him deliciously cringey letters of which you deserve a lengthy extract:

“I wish I were with you this minute, I’d pounce on you and make you roll on the ground and I’d pull your hair and tickle you and behave altogether like a wild pussy kitten. So I’ll send little scattering scurrying kisses instead to the great, big growly silky curly Humple Tiger, from his Tiger Kitten Wife.”

After The Happy Ending

Married Love really did go viral. Religions denounced her book on ‘sex-instruction’ as immoral. Others felt it was a grand idea to try and control the “burden of the constantly breeding, genetically inferior lower classes.” Newspapers were sceptical, the public disgusted, and yet she received hundreds of letters from both men and women desperate for advice and devastatingly ignorant. She kept writing her dubious manuals, following Married Love with Wise Parenthood, despite having no children.

All the criticism only made Marie Stopes more dogged. Over the next couple of decades she fought tirelessly for birth control, seeing it as the point where all her ideas crossed over. She opened and funded the first British birth control clinic where nurses gave advice and fitted primitive versions of the diaphragm. She spent years winning and losing court cases with the Catholic Church and got a name for herself as a ruthless propagandist, inventing the first ever walk-in clinic in form of a cart drawn by horses that women could step into for sexual advice!

The publicity from her activity all resulted in Marie’s celebrity status. She began to feel that she was a genius and as a result alienated many friends and colleagues who couldn’t stomach her aggressive all-knowing attitude. She played dirty too – when other birth control clinics began to open she would try and sabotage them, accusing them of malpractice and spreading lies that their methods of birth control didn’t work and only her clinics had the magic formula!

After one stillborn, Marie managed to deliver a child. A healthy, attractive son whom she became obsessed with, calling him “infant Hercules” and “Baby Buff-kins”. Not wanting him to grow up an only child, she meant to adopt another little boy as his companion. Yet no matter how she searched, all the little boys that came to ‘trial’, she was never satisfied they were her son’s equal. Her husband was similarly shunted and ended his life alone in grim circumstances, forbidden from returning to the family home for no other reason than Marie got bored of him.

The collapse of her radiant family vision was complete when her son decided to marry a girl Marie considered sub-par. This poor lass, Mary Wallis was loathed on the grounds that she wore glasses. Marie bitterly cut her son Harry off, summarising the crimes he was committing as:

By this time, Marie was aging and felt melancholically that the contraception crusade she’d for so long had surged ahead without her. Countless new birth control clinics were springing up and she’d alienated most contacts thanks to her difficult personality. In a way though, she won. Women everywhere have been unlocking their sexual potential and controlling baby-bearing. Without Marie Stopes, her energy and intensity, we may have never reached this point.

At 60, she genuinely believed herself to be no more than on the verge of middle age. She even petitioned for the pensionable age to be raised, claiming a “man’s natural lifespan was 140.” She interviewed the elderly about their lifestyle, collecting formulas for longevity, undertaking even the matter of aging in her obsessive manner. She swam, gardened and fell in love with a man 30 years her junior, calling him her “twin soul” (it didn’t last). But inevitably her time came and she succumbed at 77 to cancer. Marie Stopes never admitted to anyone she was dying – for a woman who conquered everything she undertook, this was the ultimate failure.

Portrait from The National Portrait Gallery 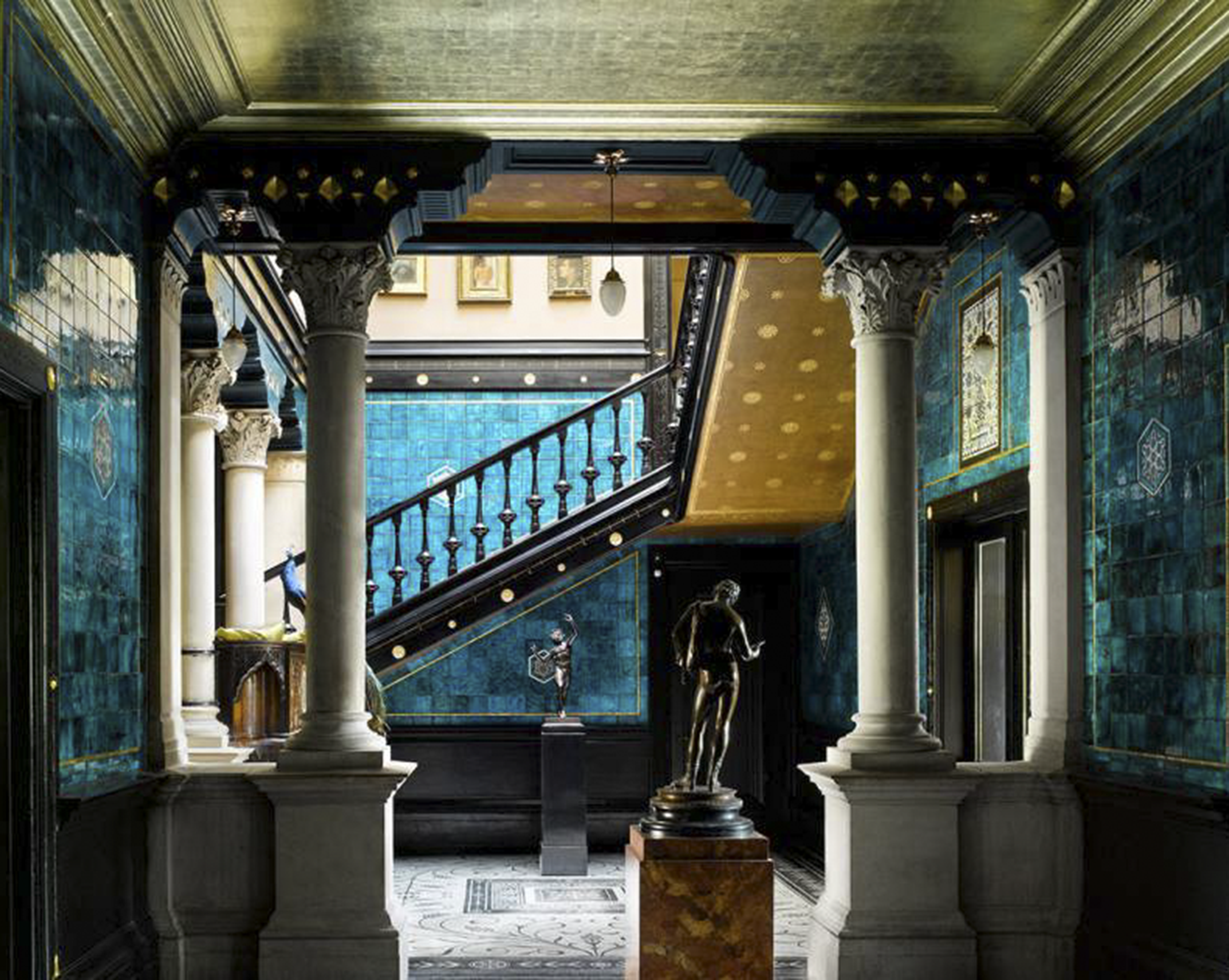 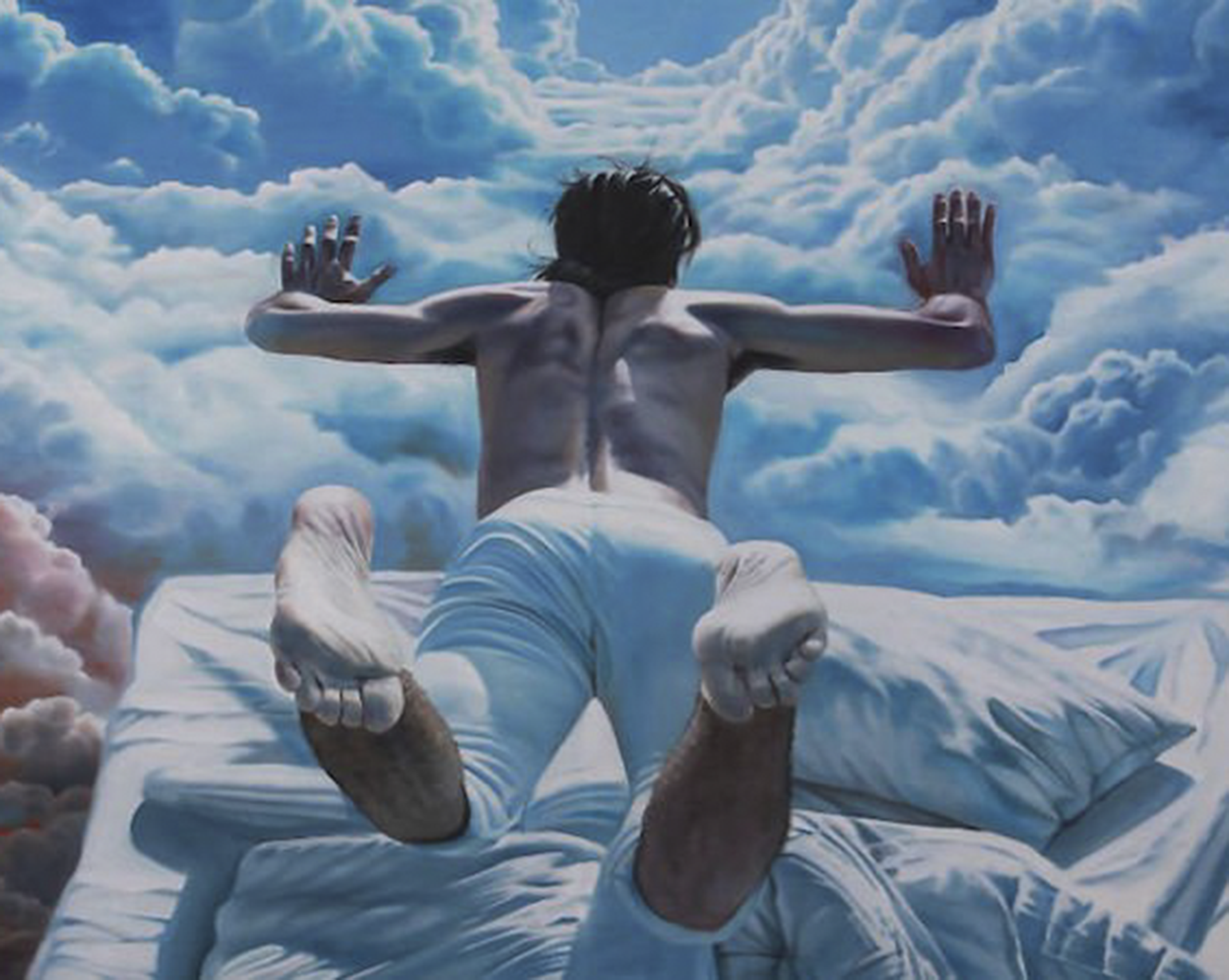 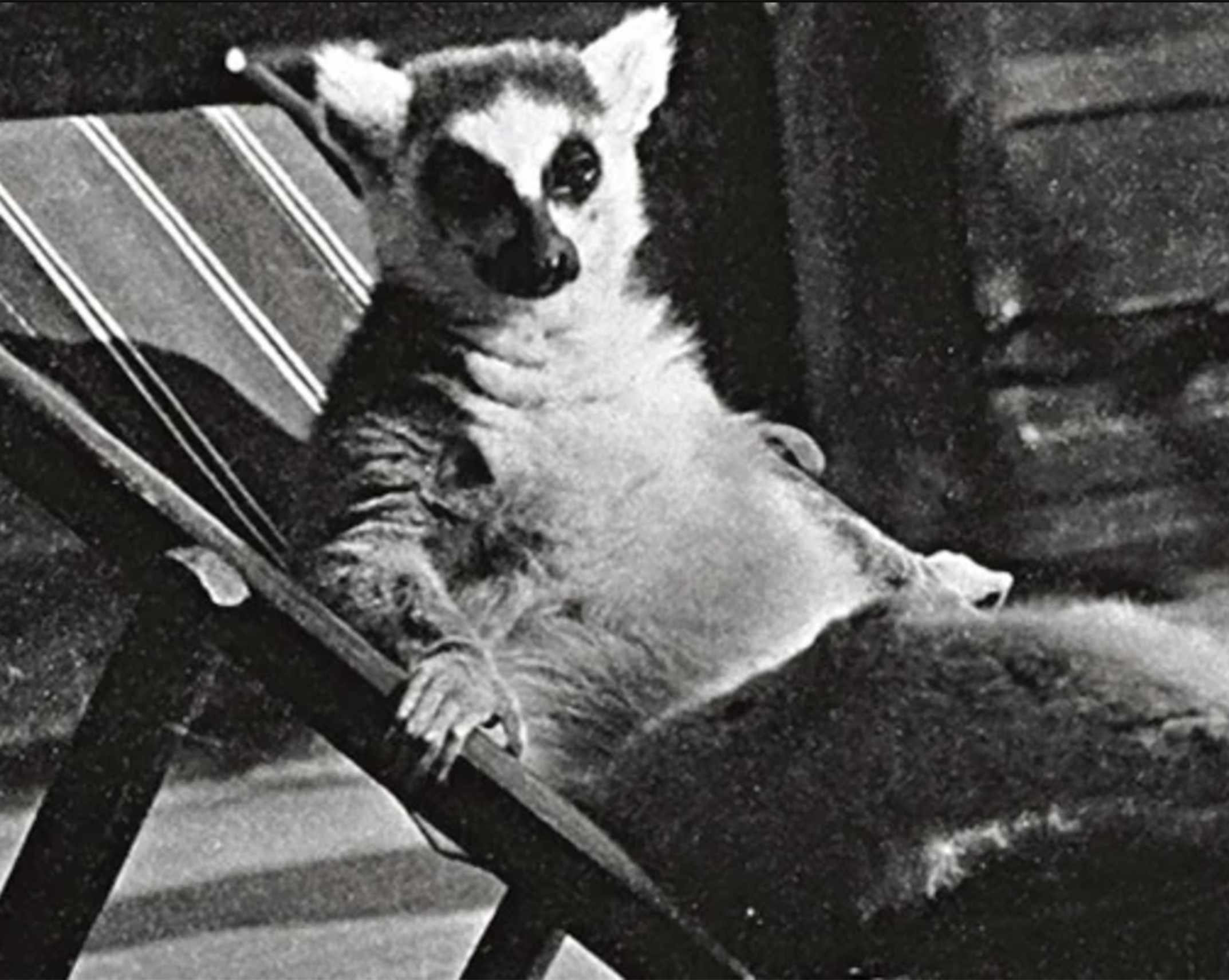