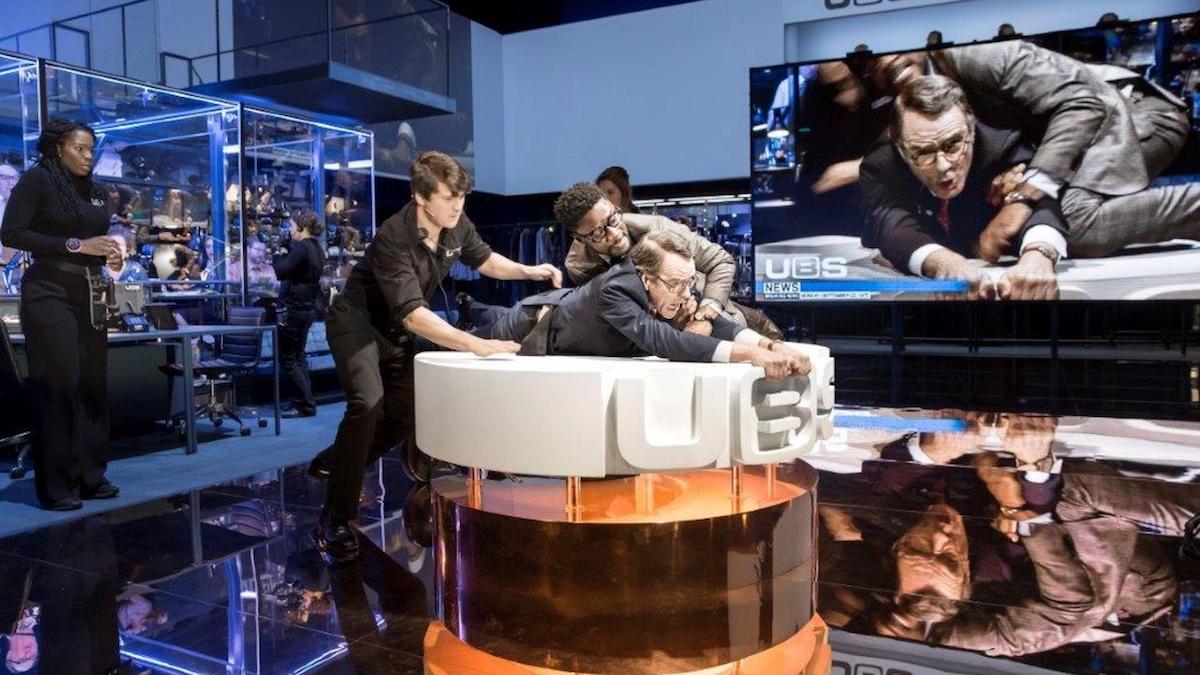 From jobbing actor, to unforgettable comedy Dad, to one of television’s most iconic characters. Currently lighting up the London stage in Network at the National Theatre, for our second Londnr Artist of the Month we tip our hats to outstanding actor… Bryan Cranston.

Bryan Lee Cranston was born in, where else but, Hollywood and describes his upbringing as “bucolic” until the age of 11. At that point, his father, a struggling actor, left the family home, and his heartbroken mother became an alcoholic. At 16, he had ambitions to join the force. He told the Irish Times: “At 16 years old, [police] represented a masculine presence in my life. A policeman has a gun a belt and a badge. That’s authority.”

It wasn’t until he was 22 that he fully committed to becoming an actor. Considering the lack of success his father had in the profession it may have seemed like an odd choice, but Cranston’s approach would be different. He says his father wasn’t satisfied with just being an actor, for “He wanted to be a star and that haunted him.”

Taking a more pragmatic approach to his career, Cranston took a range of jobs, believing that to advance his craft he just needed to keep working. He spent two years in the little-lamented 1980s daytime soap Loving (a show that had such a high turnover of characters it was nicknamed Leaving). Being unceremoniously let go didn’t faze him. “I think everyone should be fired at least once in their life” he told TV interviewer, George Stroumboulopoulos. Continuing in a series of small, unremarkable roles in series such as Airwolf, Hill Street Blues, Baywatch and even three times in Murder, She Wrote. Nothing was beneath him, as evidenced by a glasses-wearing Bryan Cranston in an advert for Preparation H. Even more unusual jobs began to pay off. Since Cranston did a lot of the voices for the Power Rangers cartoon series when they brought it over from Japan, they named the blue Power Ranger, Billy Cranston, after him.

One of his first breakthrough roles was as “dentist to the stars”, Doctor Tim Whatley, in Seinfeld. In a recent radio interview, Cranston describes working on that shows as “going through comedy boot camp”. He was raising his profile and honing his talent, but it wouldn’t be until the year 2000 when he would land a role that would lend him recognition across the globe.

Hal Wilkerson, the perennially hapless and relentlessly hairy father, in the award-winning sitcom Malcolm in The Middle was the role he had been waiting for. But he almost fell at the first hurdle.Incredibly, after the pilot, the network wanted to replace Cranston as the father in the show. Fortunately, the programme’s creator, Linwood Boomer, flat out refused not least because he had already admitted to Cranston that he didn’t know what to do with the character yet, but they’d work it out as they went along. The actor confessed that “When I read the pilot episode it was really all about Lois, the mom, and Malcolm, the son. So the show was really from Malcolm’s perspective and about the dynamo that Lois was. My character had four, maybe five, lines and I didn’t get a sense of him at all or where he was”.

Realising initially that his character couldn’t compete with his larger-than-life wife Lois (Jane Kaczmarek), the pair set about creating a defined character for Hal. Using the diametrically-opposed qualities to his force-of-nature wife, “Fearful, Weak, Obtuse and Reserved” became his role’s DNA.Malcolm in the Middle was in the vanguard of the trend towards single-camera, no-laugh track TV in the 2000s. Across its seven-year run, the series won 7 Emmys and 7 Golden Globes.  “The thing that made Malcolm in the Middle work” hypothesises Cranston “was that, at the core, this family loved each other and you could feel it. You knew that.”

When the show finished, given how successful Cranston’s character was, there was the danger he would be typecast. Speaking to IFC, he admitted “I could have been, but it’s up to the actor not to let that happen. It’s human nature to see someone do something and say oh he was fun and great as a silly dad so let’s offer him this role as a silly dad. So I had a couple offers to do silly dad comedies, but I turned them down.” Speaking to CBS, he recalled “it was time to move on and I didn’t want to be in a safe place. I needed and wanted to go into a different area”.

The different area would be a character which would change Cranston’s life forever. Walter White is the terminally-ill high school chemistry teacher who starts cooking crystal meth then gradually transforms into “the one who knocks”, the most-feared drugs kingpin, Heisenberg. Vince Gilligan, who created Breaking Bad, first came to work with Cranston on a 1998 episode of The X-Files he had written where Cranston played a character who had an alien bug in his head threatening to explode. The twist of the episode was Cranston’s character, Patrick Crump, was a venomous, hateful anti-Semite. Gilligan later told the New York Times that Cranston was cast as he was the only actor he could think of to humanise the role.

Breaking Bad was 62 hours of drama that changed the landscape of television. Talking to American journalist Evan Smith, Cranston observed “Never before was there a character that changed from the beginning of the show to the end of the show”. The one thing that television does relentlessly is stasis. Characters you like stay the same. Homer Simpson will always be hapless. Sherlock will always solve fiendish crimes using his intellect. This was conceived to be different. “I doubt I’ll ever have a better role than Walter White” Cranston declared after the series ended. “I was able to show the gamut of emotions, the full range of what a human lifespan can go through.”

Vince Gilligan often stated his intention to take his character “from Mr Chips to Scarface”. Cranston describes the character’s metamorphosis as “going from being an individual who is invisible to himself and to society” into becoming “this mover and shaker in his own world”. This meek to monster journey captivated viewers and earned the show 16 Primetime Emmy Awards and 58 nominations, and Cranston brought an authenticity to Walter’s behaviour from his own experiences. After being stalked and receiving several death threats from an ex-girlfriend he calls “Ava”, Cranston cornered, frightened and crying in his New York apartment had a fantasy about killing her that shocked him. He realised that even the meekest people, given a certain set of dire circumstances, could become extremely dangerous. In approaching his death, Walter finds his life – one which he had always been too scared to embrace.

When the show finished its six-year run, Cranston was determined to explore new avenues. He took his first role on Broadway as American President Lyndon B. Johnson in the play “All The Way” earning several awards including a Tony and a Drama Desk Award for Outstanding Actor in a Play. Switching to the big screen, in Trumbo, he put in a charming performance as Dalton Trumbo, the highest paid screenwriter of the 1940s who was blacklisted under McCarthy as a communist. Cranston was nominated for an Academy Award, losing out to Leonardo DiCaprio.

Most recently, Cranston has earned glowing reviews in his first British stage outing in Network at the National Theatre – his performance as evangelising news anchor man Howard Beale was dubbed “magnetic” by The Guardian and the Evening Standard calling it “one of the richest and most agonising performances I’ve ever witnessed”. Long may his reign continue.

Smart, energetic comedy about a dysfunctional family (Get the Complete Series 1 – 7 Boxset – http://amzn.to/2oysDHO)

An iconic role in a groundbreaking TV series – compelling viewing for anyone with an interest in television drama (Get all 62 episodes on Blu-ray – http://amzn.to/2ow0YqX)

Cranston reprises his award-winning Broadway performance as Lyndon B Johnston in this film adaption of the play (Watch on DVD – http://amzn.to/2GRH28G)

Cranston was nominated for an Academy Award for his charismatic portrayal of blacklisted screenwriter Dalton Trumbo – the film is somewhat simplistic but Cranston’s performance is a delight. (Watch the film – http://amzn.to/2GVOYWz) 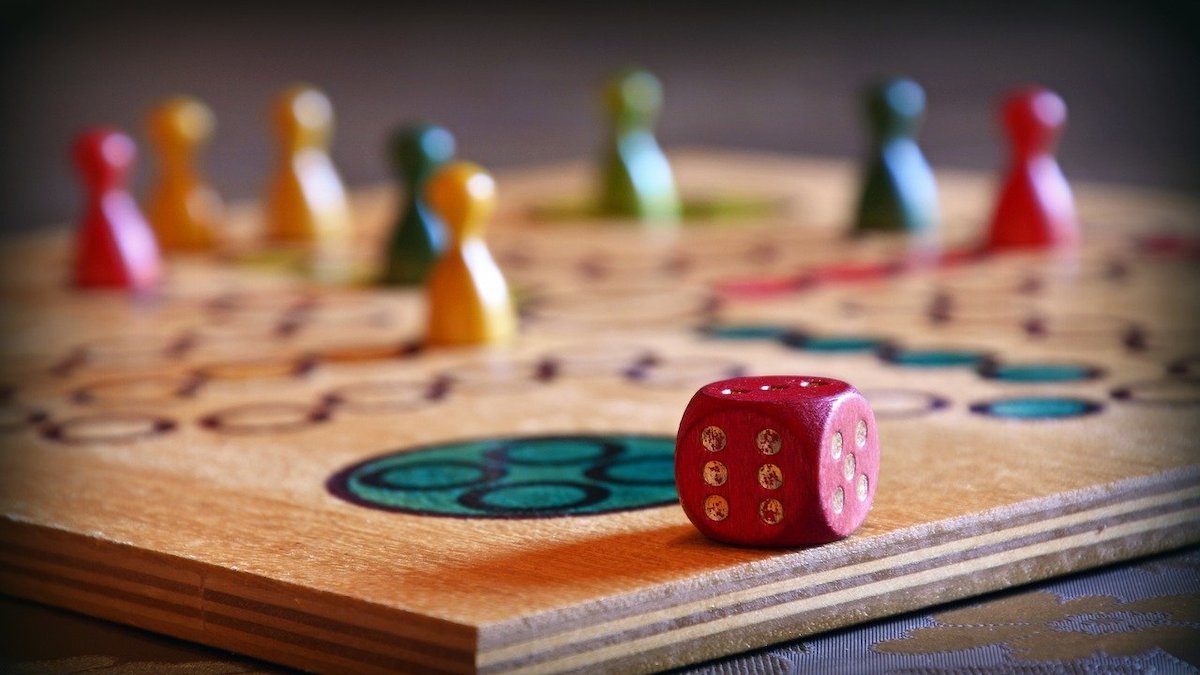 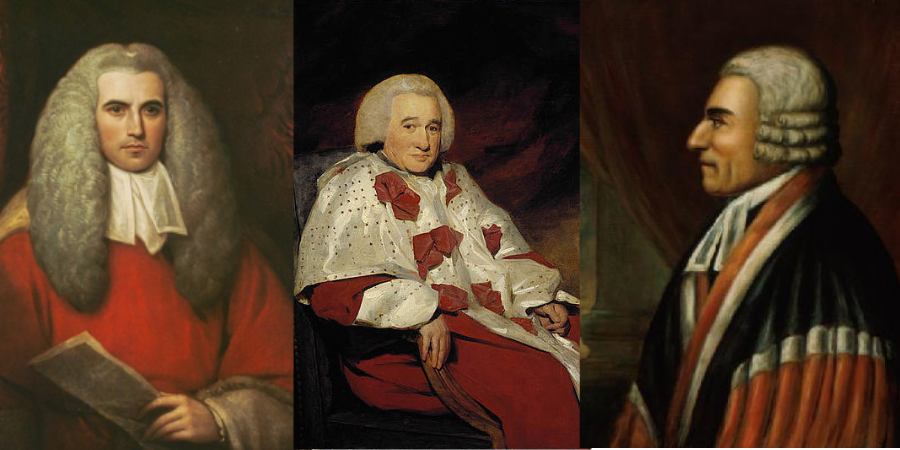 So where does this long standing British tradition come from? Well, ironically enough, wigs first ma