Judy Garland came to London in search of safe refuge. Although she had been one of the most celebrated entertainers in the history of Hollywood, by the 1950s she was considered a has-been; a volatile, difficult diva with a history of mental instability and drug addiction. No film studio wanted to hire her, and few believed she had it in her to perform onstage. And so she came here. When she first performed at the Palladium in April 1951, she could barely fill the theatre. But after the first night’s show, the word got around town that something truly magical was taking place. It was here, on the Palladium stage that Judy Garland graduated from a movie star to a legend. After that shaky first night, Garland performed two sold out shows every evening for the next four weeks, and news of her unprecedented comeback reached as far as Hollywood. It was thanks to her success in London that Judy was able to triumphantly return to the screen with A Star is Born, which alongside The Wizard of Oz, was to become her most iconic role.

London would thereafter hold a very special place in her heart, she believed it to possess a sacred power of resurgence. She once told a reporter: “London is good and kind to me. I feel at home here. The people understand me, and I’m not aware of the cruelty I’ve so often felt in the States. I’ve reached a point in my life where the most precious thing is compassion – and I get this here”. More than a decade later, with her professional and personal life in taters, she called upon London once more. Again there was the Palladium, and again a legendary triumph, this time alongside her daughter Liza, herself on the verge of major stardom. Garland’s voice and delivery were still faultless, and the fragility of her tiny frame and the world-weary quality she now possessed only added to the intoxicating effect she had over her audience. It was also in London that she filmed her last movie, somewhat ironically titled I Could Go On Singing. In reality, she would never sing on screen again. Physically fragile and financially broke, Judy rented a tiny house in a secluded Chelsea mews and attempted to get her life back on track. There would be more performances, most notably at the Talk of the Town nightclub, where she often appeared onstage more than an hour late, drugged up and barely able to sing. It was clear to anyone who saw her at the club that she needed help, and yet her magic still worked, even under the haze of pills and impending doom. Observer wrote in January 1969: “She doesn’t really give a concert – she conducts a séance. She evokes pity and sorrow like no other superstar”. She somehow managed to complete her five week run at the Talk of the Town, and later embarked on a short concert tour of Scandinavia. It was in Copenhagen in March 1969 that she performed live for the last time. Three months later, she was gone. Her fourth husband found her lifeless body in the bathroom of her little rented cottage on the morning of June 22nd. Almost immediately, Judy Garland the Myth was born. The world was in shock, and the following week, on June 27th, more than twenty thousand people gathered outside Manhattan’s Frank Campbell Funeral Home to pay their respect to one of the world’s greatest entertainers. To them, Judy Garland was more than a singer or a movie star – she was an icon, a unique kind of pop culture martyr. She suffered, she got knocked down, time and time again, and yet she somehow always rose from the ashes of her own misfortune. 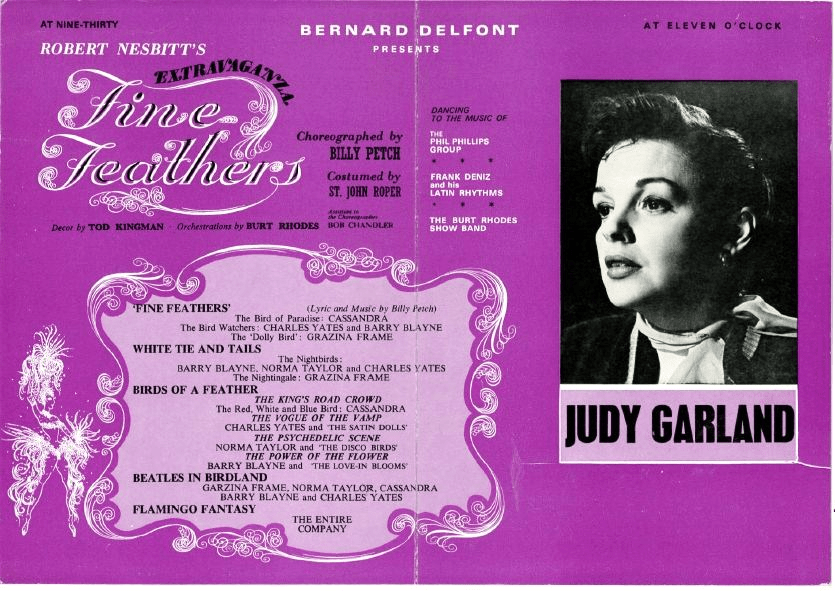 Among the vast crowds outside Campbell’s, one group in particular stood out. For exactly three decades, Judy Garland had been a gay icon, long before the term even existed. As a nod to Judy’s beloved character in The Wizard of Oz, queer men would refer to each other as ‘friends of Dorothy’s’, a clandestine way to identify themselves in a world permeated by prejudice. On the day of her funeral, they came to show their love for the woman whose struggles seemed to mirror their own. For many, it was perhaps the first time coming together as a community in such a conspicuous manner, in broad daylight, for the world to see.

Later that night, following Garland’s memorial, a handful of mourners found themselves at a little gay bar in Greenwich Village. Among them was a Sylvia Rivera, a transgender activist, who years later recalled: “I was completely hysterical. The greatest singer, the greatest actress of my childhood is no more. There was no one left to look up to”. The bar just happened to be the Stonewall Inn, and this night the place was raided by police, just as it had been countless times before. But unlike all the other nights, this time the queer folk fought back. Although many experts today are sceptical about linking the timing of Garland’s funeral with the Stonewall Riots, we can never really measure how much influence, if any, the community’s grief over the death of their beloved icon had on that night’s uprising. In a way, it doesn’t really matter. The conjuncture of timing will always remain symbolic though: Judy Garland is the quintessential pre-Stonewall icon, and her death signalled the end of an era. Surviving documentary footage from Garland’s memorial includes an interview with a devastated gay New Yorker, who exclaims: “I just don’t understand why she loved London… I guess, that’s why Liza brought her back here, because New York loved her. New Yorkers would just give our all for her, we adored her”.

Despite all her hopes, London wasn’t able to save her. But little spectres of those hopes, as well as her glittering triumphs, still linger over the locations which bore witness to Judy Garland’s final act. For anyone aware of her history, it’s impossible to walk past the Palladium without thinking of Judy. Somehow the venue remains hers, never claimed by anyone else in quite as spectacular a manner. Few passers-by are aware that the Hippodrome Casino on the corner of Leicester Square and Charing Cross Road was once in fact the Talk of the Town nightclub, the site of Judy Garland’s infamous final concert residency. The inside has been almost completely transformed, and yet the outline of the old, grand theatre is still visible, with its walls holding more than one untold story. It is Judy however who is still, quite literally, the talk of the town here. Staff gladly share stories of her antics, despite the fact that the majority of them weren’t even born when La Garland graced the stage.

And it is the little Chelsea cottage which is perhaps most emblematic of Judy Garland’s time in London, as well as of her tragic demise. For decades the place stood in complete disrepair, an eerie artefact of a life cut short. Finally, in 2017 the cottage was bought and restored, partly exorcising the grim spook which had haunted the place for nearly five decades. Today, fans can leave flowers outside, where a memorial plate had been erected. And so, even if it didn’t exactly turn out to be the land over the rainbow, London still bares signs of the love and compassion she found here, albeit briefly, more than half a century ago. 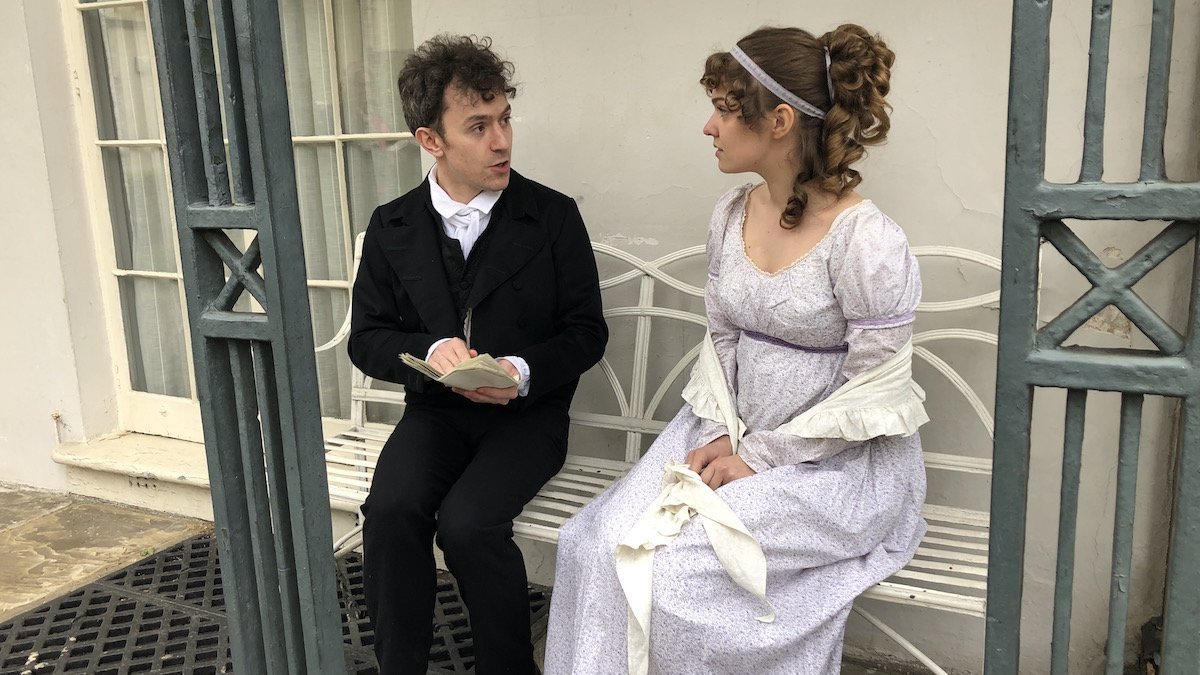 Were you to stumble across a portrait of John Keats you’d encounter the face of a vibrant, classical 19th Century ...

Last week saw our editor flown out to Madrid by Ford Cars to explore Casa Décor. Ford was a major ...