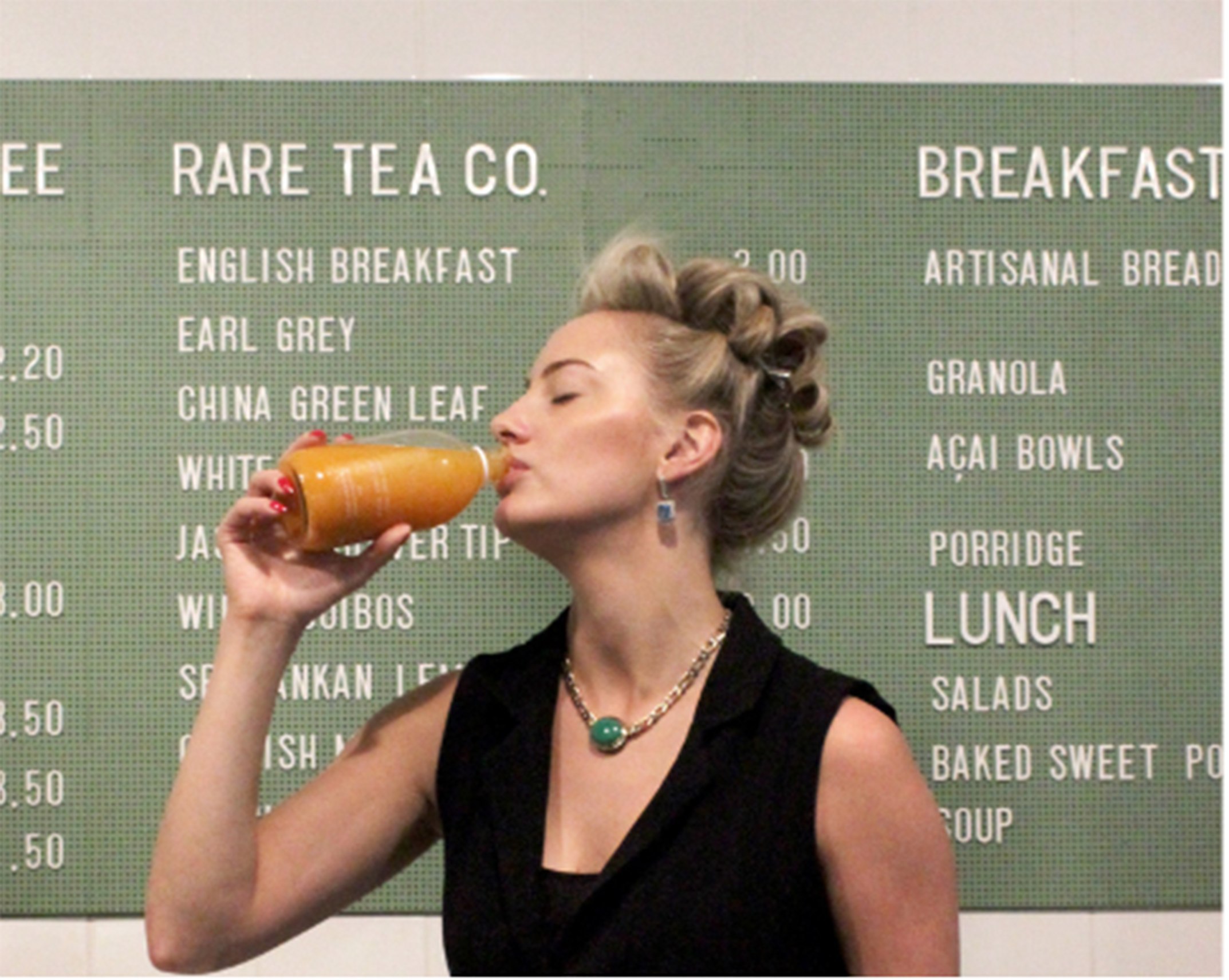 “I dated a vegetarian once. In 1998. It was awful – just awful. The places we had to go to? The food I had to eat!?” The suited man makes a gagging noise and his friend winces, feeling his pain. “I had to end the relationship. Couldn’t take it anymore. What can I say – I like my steak!” He casts a suspicious sideways glance in my direction and his eyes linger on the bed of green upon my plate. His face becomes the expressionless emoji 😐 as he returns his gaze to the steak tartar before him.

Let’s make one thing damn clear – it’s not 1998, although many of our wardrobes seem to think it is. We’re not talking about crappy parsnips and cabbage soups – hell, we’re not even talking about vegetarianism. It’s veganism, goodamnit! And it’s on fleek.

The above conversation was just overheard in a Daylesford Organic; really not the best place to be hatin’ on the veggies, boys. I am aware of how well I myself am blending in here today – I am one of numerous women in yoga pants and a Lululemon hoodie. I blend, like a ninja. The other ninjas are drinking glasses filled with liquid the color of the rainbow – or the aura – with various degree of zen across their pretty faces – this kind of zen is an (organic) byproduct of pilates, green juice and gossip. Throw in a couple babies for good measure, and the scene is set.

But dotted throughout the scene, some ninjas lurk with a less peaceful calm about them. They hold – nay, they clutch! – their green juices in near panic and they order the kale salad with a look that says bring on the kale, bitch – let’s kale this shit up.

“Honestly, I feel like death. I can’t believe I did all that tequila.” Says one girl to her friend.

“Dude, at least you didn’t do any drugs. My body is begging for mercy, I swear. I feel like Chernobyl – toxic waste product galore.” Comes the respond of another girl and together they bow their heads for a minute of silence, mourning the evening they lost to our old friend Fun.

For how to survive in London, where every night is a promise of that infinite Fun, of Beautiful People and Adventure. How does one say no to all the pleasures of the capital? It’s simple: one doesn’t.

How does one say no to all the pleasures of the capital? It’s simple: one doesn’t.

Instead, we party like there’s no tomorrow, and when tomorrow comes, we put on our Lululemon’s so we can go and sweat it out, and after, we go to refuel our brittle bones with natural goodness. Guilt free! That is the promise of the vegan sphere.

In order to better deal with this type of guilt, it is imperative that you guard yourself against possible triggers in your everyday life: Bad Food. Bad Hair. Bad Manners. This will give you a few things less to worry about when you want to enjoy the things that really matter without an overwhelming sense of guilt. Bad Boys. Bad Bitches. Bad Behavior. If you spend everyday of the week living like motha%#!king Ghandi, surely the occasional night of decadence won’t matter all that much?

Across town, in a basement, I’m guarding myself against the impending debacle that is to be my evening. Raw Press is the lovely café below Wolf & Badger on Dover Street, and this is an excellent place to seek out for some of that lean green loving. Glass bottles of cold pressed juice hang like multicolored jars in a mad laboratory, only it’s not that mad, it’s pretty genius – especially number 5, “Uprooted”. This is a blend of carrot, orange, fennel, turmeric, ginger and argan oil and it’s just delicious. Apart from the 10 different juice flavors and nut milks on offer, there is a buffet and menu with amazing food – do not miss the courgetti with the green goddess sauce! Or the frozen juice ice cream! Or the Peanut Butter Cups! A small bottle with a cloudy black content catches my attention too – it’s the SBC Elixir. A collaboration with Skinny Bitch Collective; it contains raw coconut water, Aloe Vera, lime, L – Carntine, coconut and charcoal. I am told the charcoal is especially effective if you have been poisoned… Does a hangover constitute poisoning?

In Chelsea, I snuggle up in the little haven of goodness that is Juicebaby. 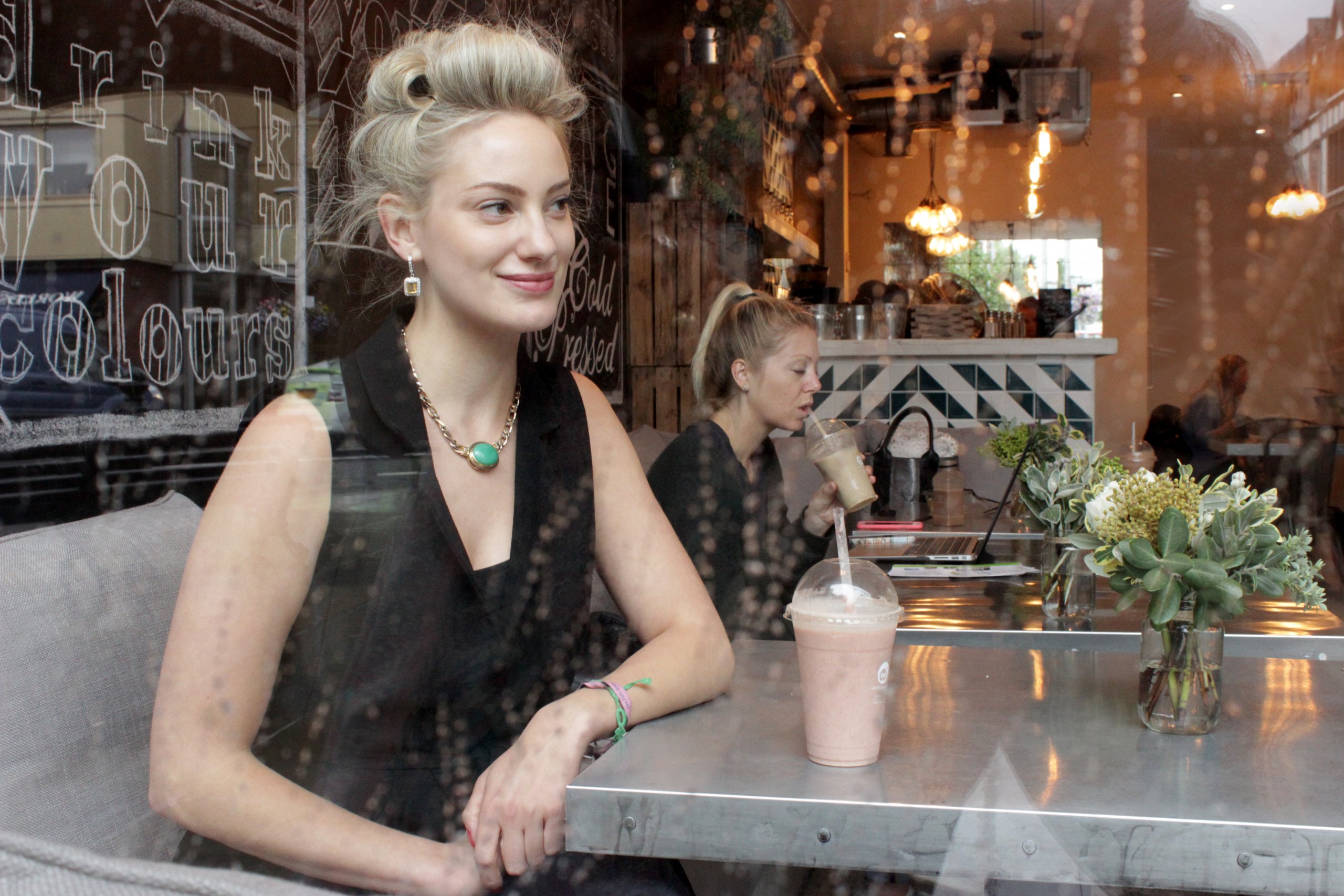 The rain beating against the windows is of the ferocious kind, but the blow-dry I had earlier sits securely fastened atop my head. I sip the warmth of a Matcha Latte as if it were a chalice of eternal youth – whatever sins I get up to tonight, at least I’m being good now. Clear the toxins. Heal your body. Be mindful. I’ll do that Monday to Friday then? And leave the weekend open for business? Kind of Yin and Yang: Good vs. Bad, Balance vs. Chaos. Very simple indeed. I juice, therefore I can party! In all honesty though – Juicebaby is kind of a party. For my taste buds. Our selection of sweet treats, smoothies and cocoa milks was just phenomenal – it comes as no surprise that their caramel slice has won awards. It is to die for. Several times over. And the raw lemon blueberry cheesecake… and the chocolate Florentine… Not to mention their kale salad and juice selection…

Nuff said. They got their game down to a T.

The vegan kitchen has come a long way in just a couple of years and a new emphasis on education around food is prevalent in blogs, menus and social media; I love that London is beginning to turn into a more health conscious city. Because what is more important than our health? (Apart from shopping? And beauty? And bank statements? Hm? 😉

I bet that boy from 1998 hasn’t been to any of the awesome juice bars or vegan restaurants shooting up in London lately; if he had, I don’t think he’d be quite so keen to dump his girlfriend over such a petty detail as different diets. It doesn’t even have to be a specialized vegan restaurant – most places offer something for this palate anyway. So I believe you can have your steak and eat it to; lest you take me to McDonalds, I’m sure we’ll find something on the menu to pacify both parties. And after that pacification, both parties may party, together. Guilt free, of course, because I’ve been so good… 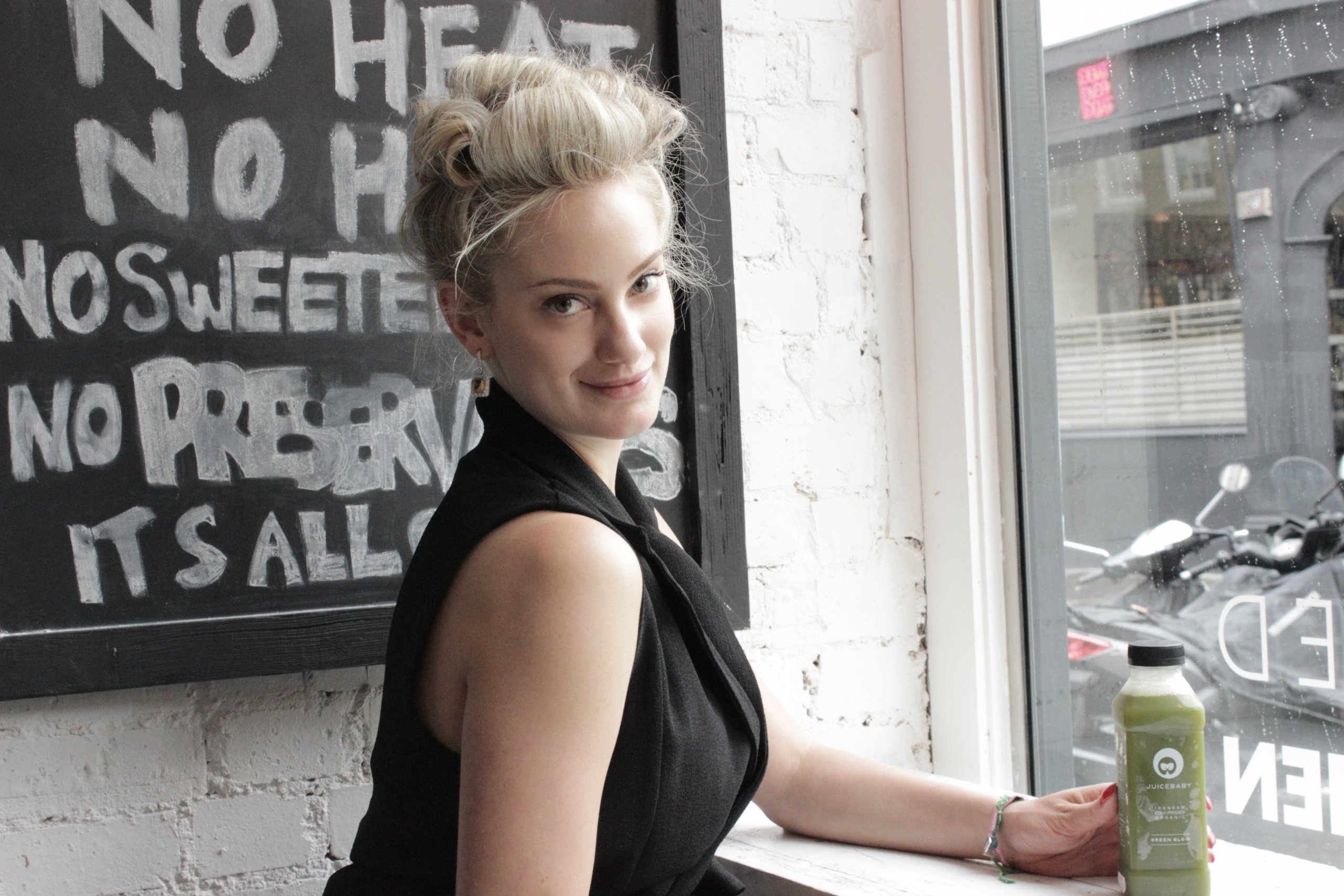 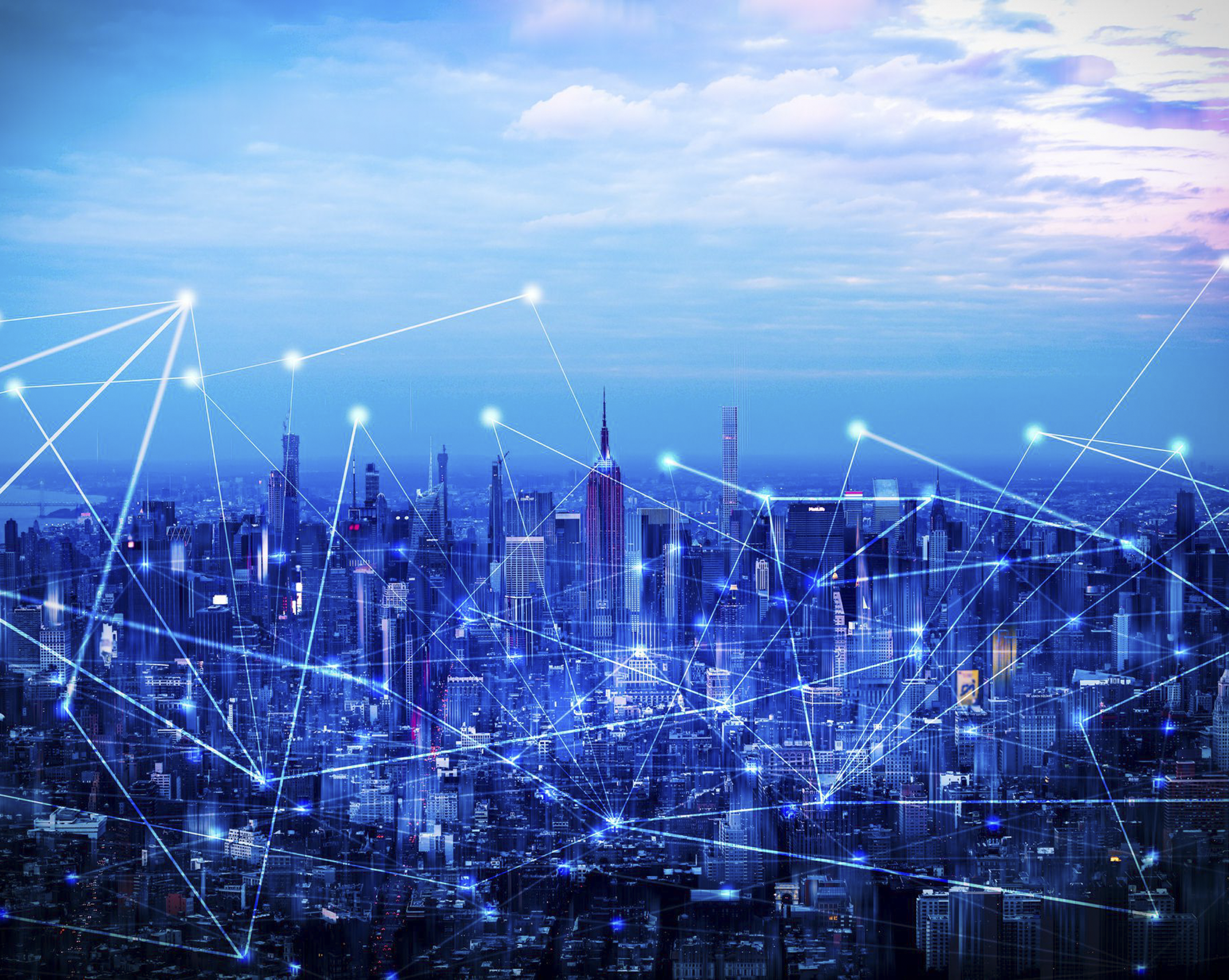 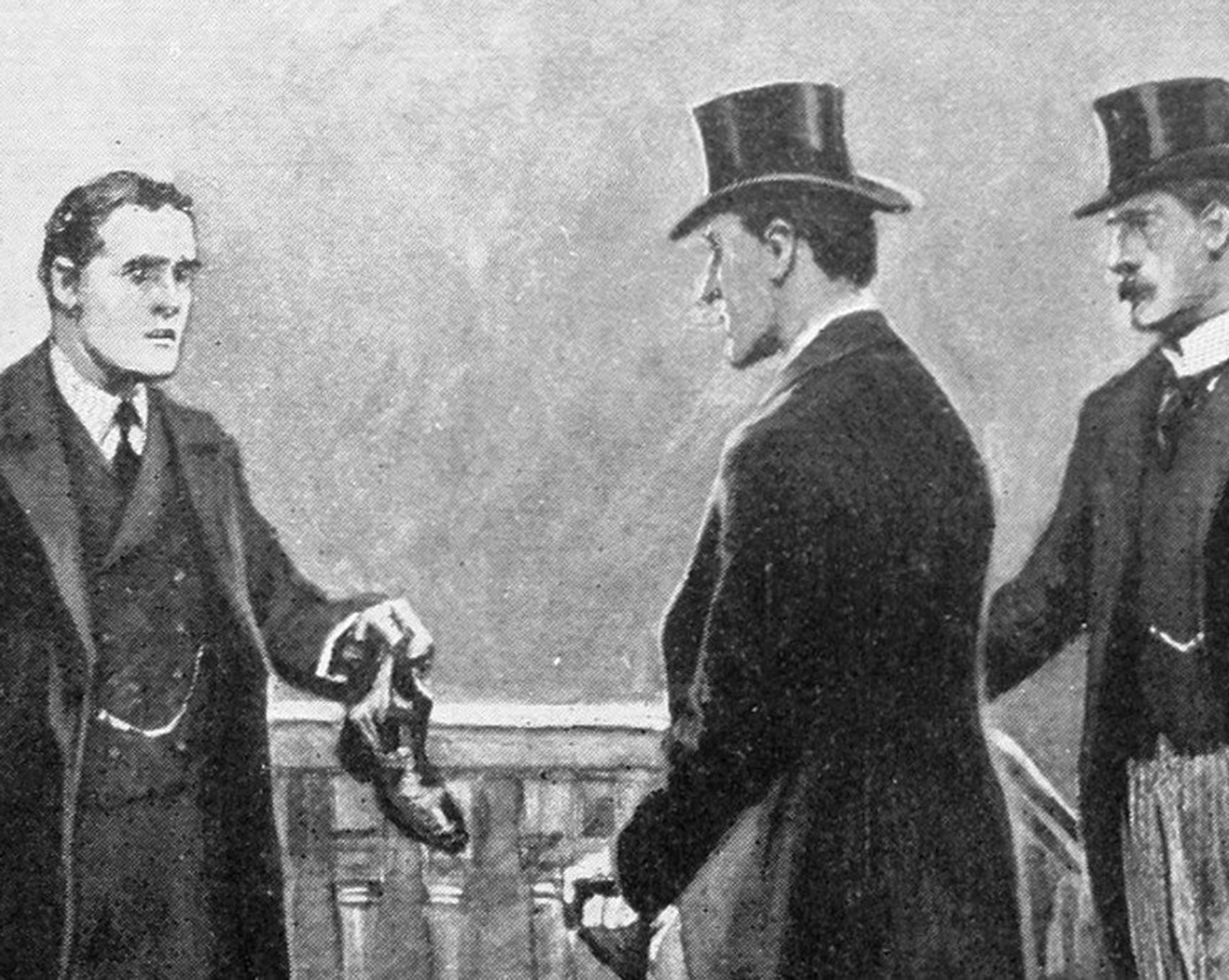 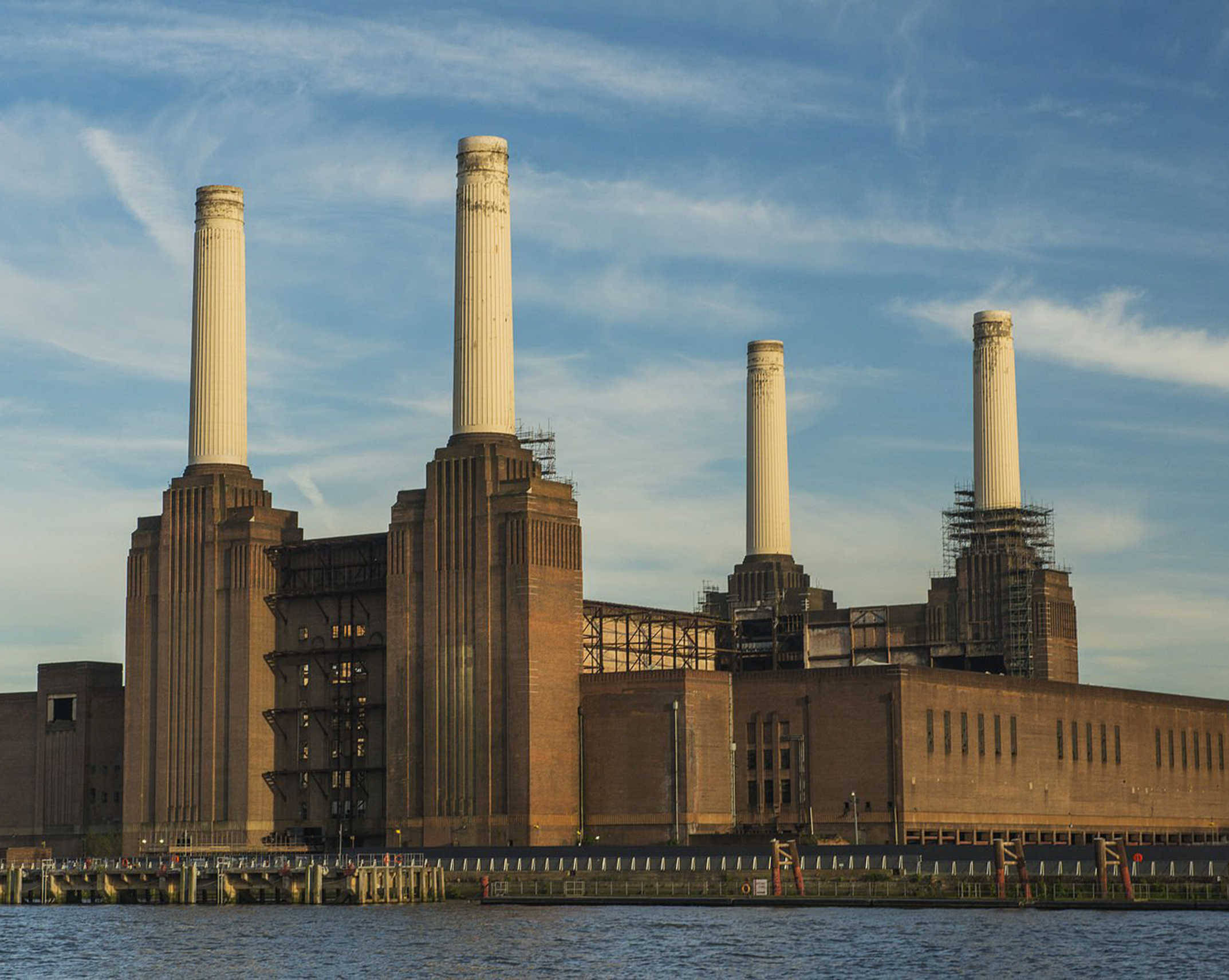