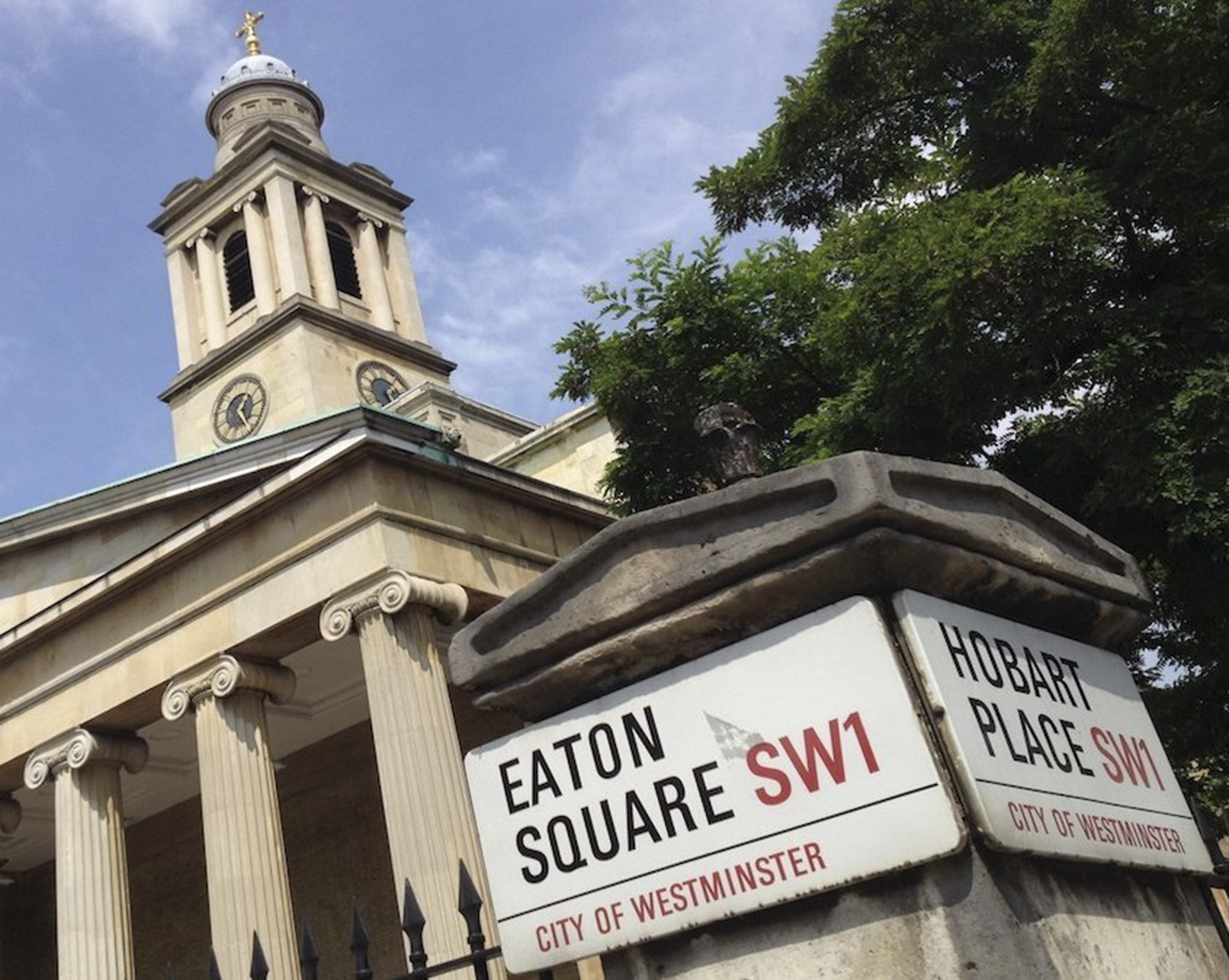 When Billy Wilder’s Sunset Boulevard premiered in 1950, it revealed, perhaps for the first time, a strange cultural phenomenon. The film’s heroine, Norma Desmond, ‘used to be big’. She had once been a Screen Queen, the epitome of silent movie glamour, now living in a decaying mansion on the fabled street from which the film derived its title. Norma Desmond is, of course, a figment of Wilder’s brilliant imagination, but her demise, her slow descent into madness, her spectacular fall from grace and the aesthetics of her loneliness have all become part our collective imagination. The idea that celluloid divinities are cursed by the same fate we mortals share – namely the loss of youth, the passing of time, and, ultimately, death – is something that has fed the public’s age-old desire for a cruel spectacle.

In the aftermath of Hollywood’s Golden Age, in cities all around the world, movie goddesses hid away from the preying eyes, in what appeared to be an attempt to preserve their glorious images. In reality, most of them were simply forced to retire, or semi-retire, by an industry which had created and nurtured them, only to mercilessly abandon them once they passed their celluloid sell-by date. Greta Garbo became a New York legend, a mythical creature that could be glimpsed strolling down Fifth Avenue, decades after the curtain had fallen on her screen career. Marlene Dietrich chose Paris, as did Olivia De Havilland, who at the age of 101 still lives in the city. London, of course, has its own stories to tell. The quiet squares of Knightsbridge and Belgravia, the white columned porticos of Chelsea – here, in the flickering shadows of the leafy, private gardens, lie scattered traces of some of the past century’s greatest movie queens.

54 Eaton Square for instance, an exclusive address a short walk from both Sloane Square and Victoria Station, housed not one, but two great leading ladies. In the 1950s, Sir Laurence Olivier bought a spacious first floor flat to share with his then wife, Vivien Leigh. The Oliviers were the gilded couple of British Theatre, but perhaps more significantly, Leigh was one of the great movie stars of the day. After a painful divorce in 1960, Eaton Square became Vivien Leigh’s main residence. She received guests, gave lavish parties, read plays and movie scripts, pampered her pets.

The place was filled with mementos from her glamorous life and illustrious career, including the two Oscar statutes she had won for her legendary performances in Gone with the Wind and A Streetcar Named Desire. The building’s concierge still gladly spins rich tales of Miss Leigh’s antics, her dark secrets and her untimely demise. Following the divorce, Leigh, who suffered from bipolar disorder, no doubt spent many a difficult night in her elegant, pink bedroom. Friends like Claire Bloom remember late night telephone calls followed by cab rides to Eaton Square to provide solace. When Vivien Leigh died in her apartment in 1967, she was just 53 years old. Today, a blue plaque marks the place where the most celebrated beauty of her day lived, and died.

(Left) Vivien Leigh inside her Eaton Square abode, (Right) the Eaton Sq. house with blue plaque that Vivien Leigh lived and died in

In later years, the building attracted another Hollywood actress, who enjoyed a much longer life at Eaton Square. The name Luise Rainer is almost entirely forgotten today, outside a small circle of old movie aficionados. The Viennese Teardrop, as she was known at the height of her career, arrived in Hollywood in the early 1930s and quickly became a successful star at Metro-Goldwyn-Mayer, winning two consecutive best actress Oscars in 1936 and 1937, the first, and still one of only two actresses to achieve this.

Her career ended as suddenly as it began, and by the 1940s she left Hollywood for a quieter life in Europe. She lived at 54 Eaton Square for many years, and could often be seen walking down the street to her favourite café, where the staff can still point to the table she liked best. Far from the deluded, forgotten grandeur of Norma Desmond, Rainer stayed active, travelled the world and became an accomplished painter. When she turned 100 in 2010, her flat filled with famous well-wishers who came to celebrate the woman Jane Fonda once described as ‘the best actress Hollywood ever had’. Like Vivien Leigh, Rainer died at Eaton Square, although she outlived the Gone with the Wind star by over half a century.

Leaving Eaton Square behind, and taking a walk west towards the Royal Albert Hall, one stumbles upon another leafy oasis, hidden away from the hustle and bustle of the nearby Knightsbridge. Ennismore Gardens is a beautiful square of Georgian houses and private gardens. In one of these, concealed by lush shrubbery, stands a curious looking monument with a classically inspired, urn-like sculpture. A simple plate reads, ‘In loving memory of Ava Gardner 1922-1990. Carmen and Morgan’. Even today, in many circles, the name Ava Gardner conjures up images of beauty and glamour, of excitement and hedonism – the epitome of what it meant to be a movie star in those wild, bygone days of the 1940s and 50s.

Gardner’s legend as one of the most electrifying women of her generation, one who fascinated Hemingway and Howard Hughes, who inspired Sinatra’s most heart-wrenching ballads, extends far beyond Hollywood. To this day, proprietors of flamenco joints in Madrid, taxi drivers in Havana, barkeeps in Rome, dare only to whisper her name, as they tell stories so wild they beggar belief. She was a movie queen whose life was more interesting than any Hollywood scriptwriter could possibly invent. And it was here, in the grand first floor apartment at 34 Ennismore Gardens, that Gardner came to seclude herself when the Spanish fiestas and the wild nights became too much. She would spend the last twenty years of her life here, longer than she had lived anywhere else. Press photos would often show the ageing siren walking her dog or watering the plants on her terrace – accompanied by captions which suggested a lonely, disillusioned existence.

The reality was far more complex, and less tragic. Walking around the gardens today, down the mews and into the nearby Hyde Park, one still feels the ghosts of the past lingering on. Friends and neighbours remember her well here: artists, fellow actors, retired diplomats. She was a generous, unpretentious, straight-talking lady, they say. She loved her dog, Morgan, and would take him for long walks. She sat on park benches and chatted to people, many of whom were unaware that the friendly American lady was once dubbed ‘the world’s most beautiful animal’. Carmen, her long-time housekeeper and companion, had been at Ennismore Gardens for months before she discovered her employer’s occupation. ‘Carmen, for heaven’s sake. Don’t you know I’m a lousy movie star?’ explained Gardner with amusement.

Famous figures from Gardner’s past would drop by Ennismore Gardens to pay her a visit. Tennessee Williams adored her, and of course Sinatra, to whom she was married between 1951 and 1957, and who never manged to get her out from under his skin, called her frequently. She went to concerts at the Albert Hall and the Wigmore Hall, or to the Royal Opera House in Covent Garden. Sometimes she would long for the wild nights of barefoot dancing she left behind, and she would wander down to Soho for some late-night jazz, coming back to her leafy square in the early hours, after the clubs had closed, accompanied by Spanish gypsies or jazz musicians, wanting to continue the party at her flat. Friends from America often asked her, why not come home? She dismissed each such suggestion with an impatient glance. She was home. London was the perfect place for a movie goddess, born of the green tobacco fields of North Carolina, who travelled the world in search of happiness and self-expression. Even if she never quite managed to find them, it was here, at Ennismore Gardens that she found a refuge, a place to rest and contemplate.

She died in January 1990, during one of the strongest wind storms on record, while the trees in her beloved garden square bowed to the ground. This wild, tempestuous spectacle of uninhibited elements was a perfectly fitting tribute to a life lived much in the same vein. 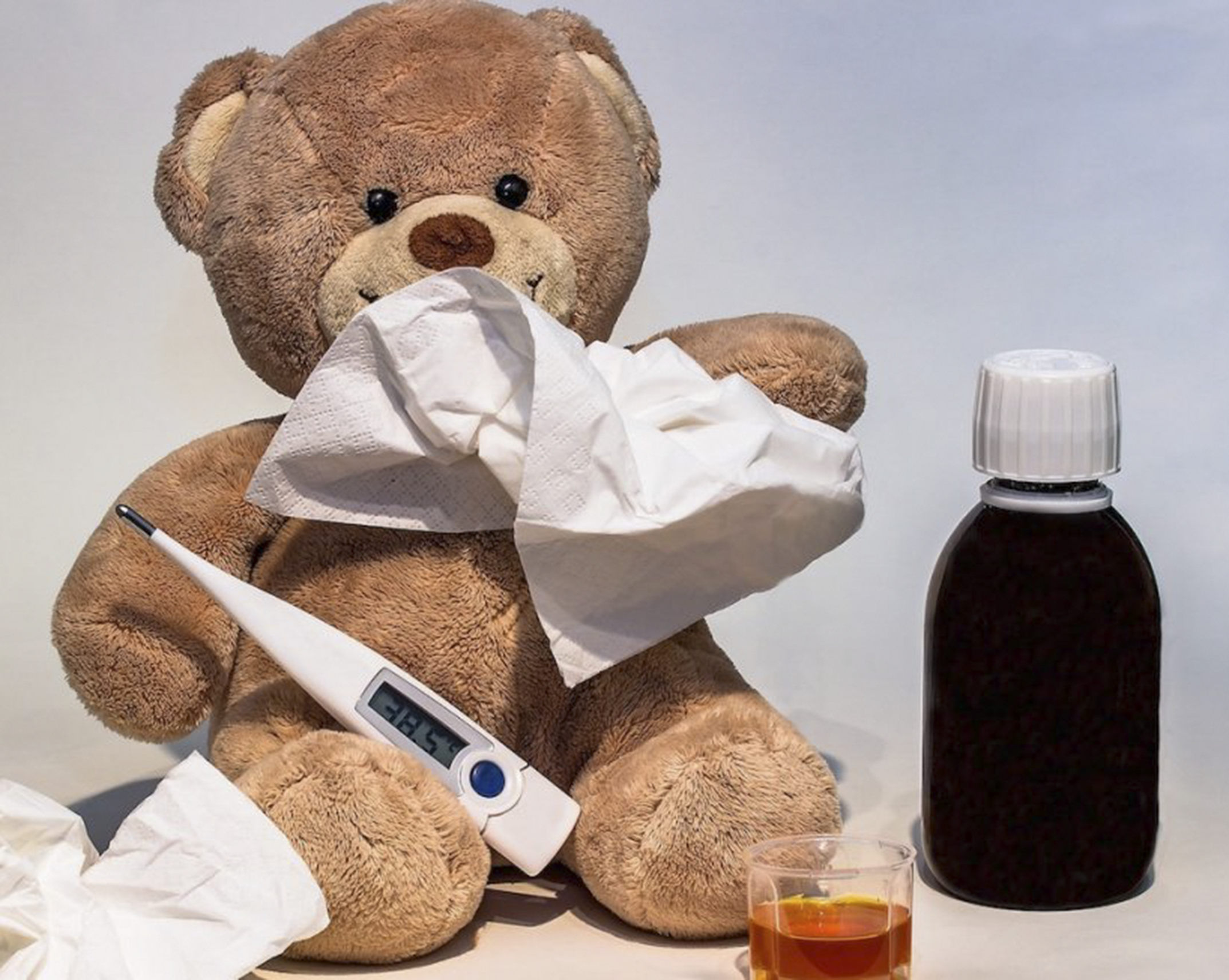 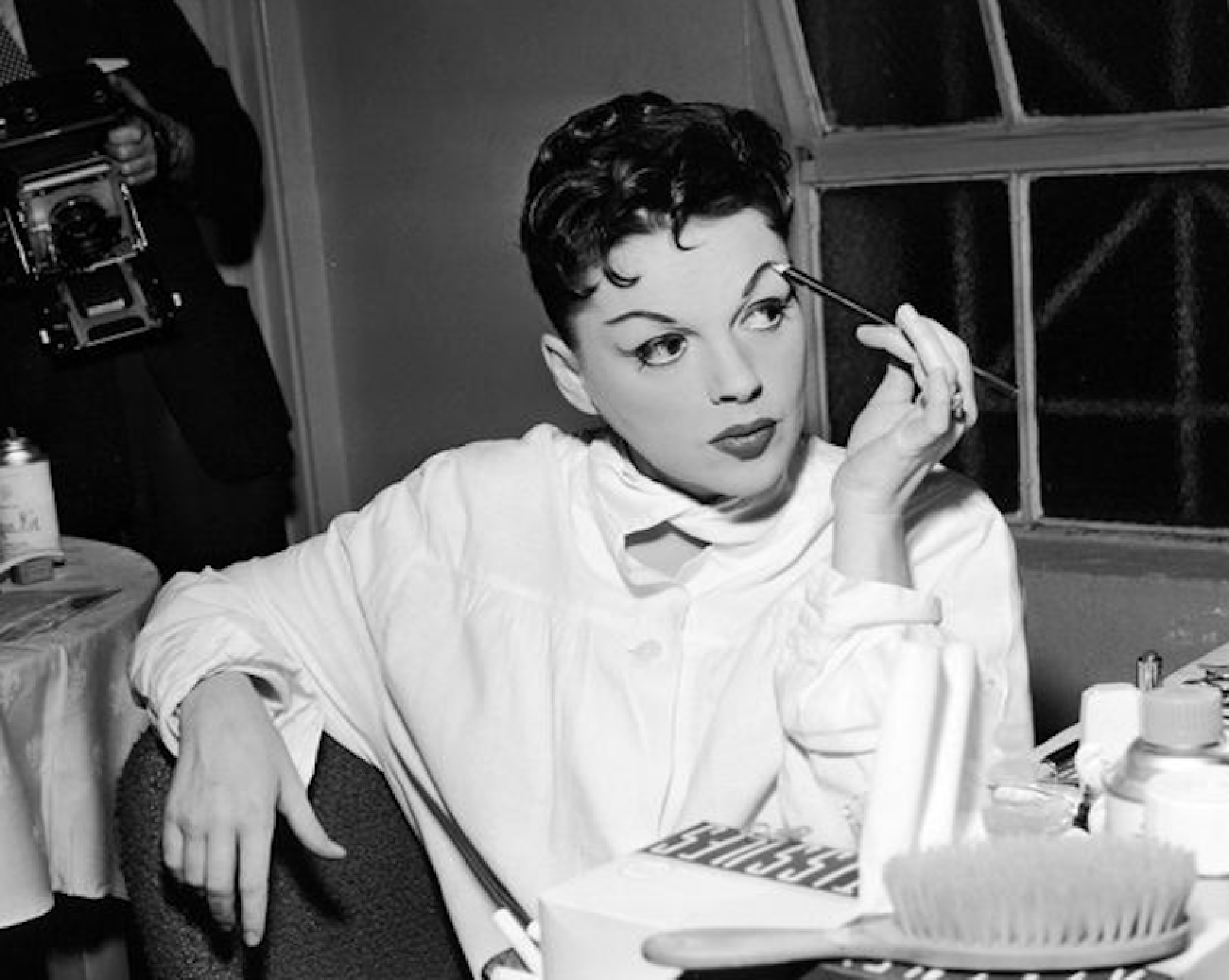 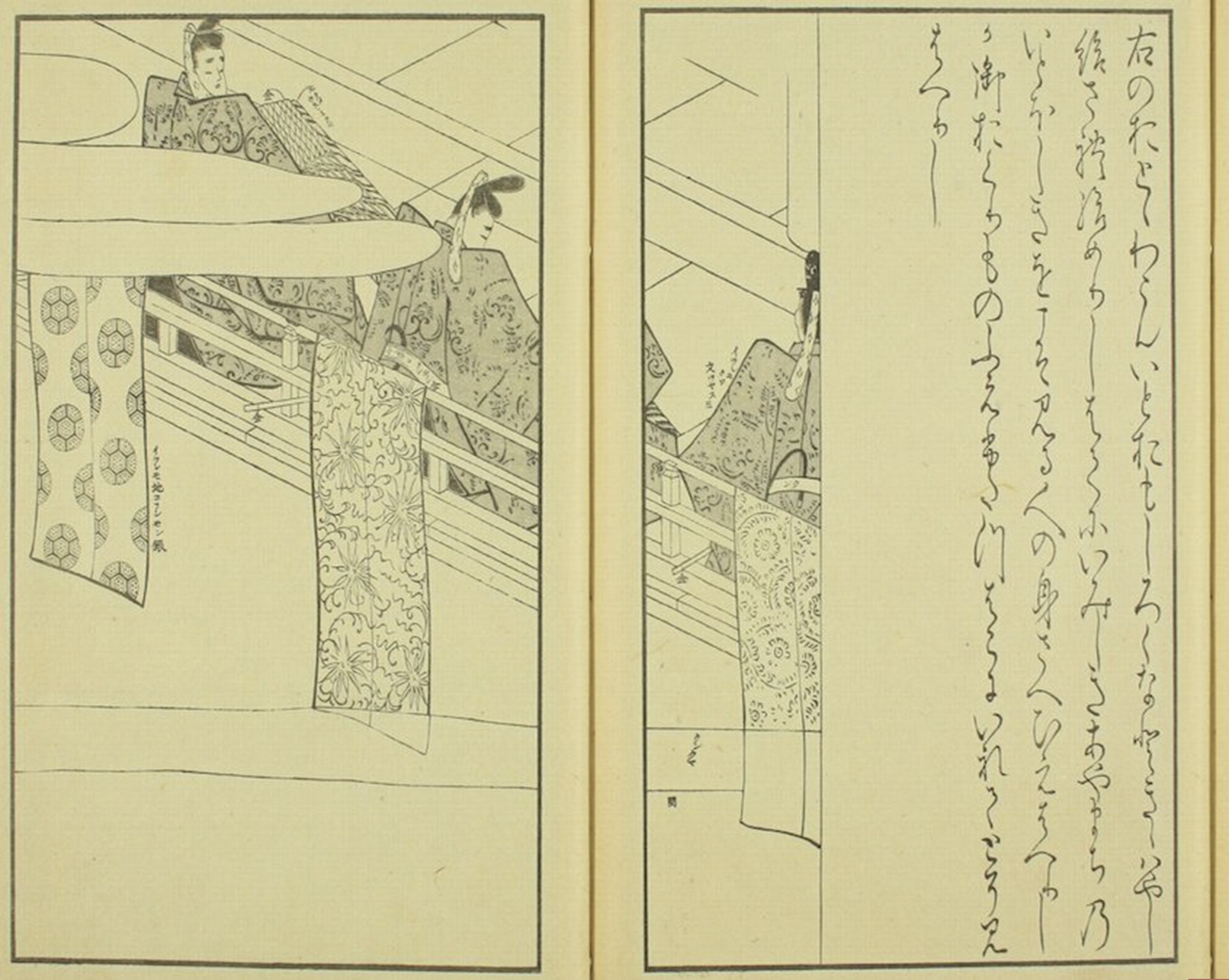 You see, fellow reader, I too was a diary writer. And what images that conjures up! The lone man, tw