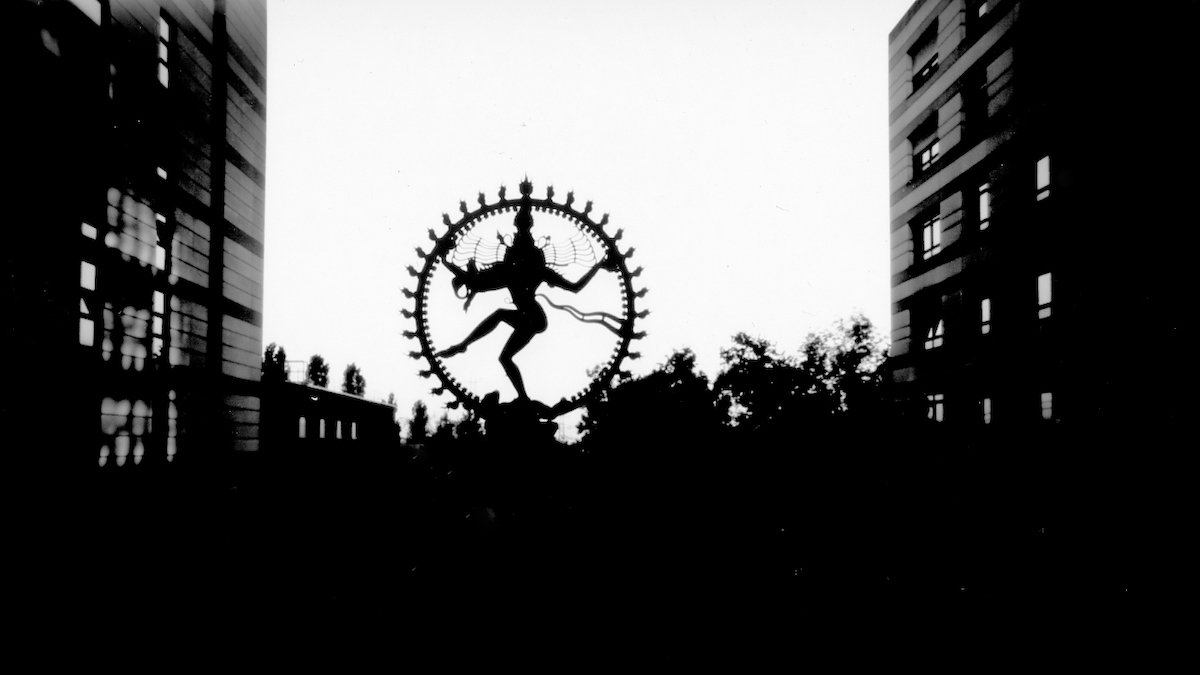 Drinking from the fountain of youth. Searching for the philosopher’s stone. Turning mere lead into mines of gold. These are perhaps the stand-out stories we’ve heard from alchemy. An ancient practice steeped in mysticism it’s been considered the medieval forerunner to modern science, and, although to the human race at large lead is still just lead, that’s not to say there isn’t something to learn from it.

The idea of alchemy was rooted in experimenting with the elements whilst retaining a spiritual foundation. Over time science was developed, isolated, and soon enough, any creative or mystical component had been distilled away, leaving us with the straightforwardly logical approach. But as history forged forwards and technology expanded, we are now seeing a remarrying of the two fields.

One happy result of such a marriage is the birth of Central Saint Martins MA Art and Science (affectionately known as MAAS), a small but increasingly relevant course that encourages a connection between creative and scientific disciplines, usually firmly separated in the academic syllabus. The course is comprised of artists interested in the sciences and scientists interested in the arts, resulting in an eclectic group that reads like a futurist rollcall. Students include; a biochemist that expresses the chaos of nature through huge iron sculpture, a GP who wants to initiate ethical discussion on animal rights through performance, an illustrator harnessing image-producing AI and a gemologist with synesthesia who works through the medium of painting to communicate her visual world. Talk about eclectic!

To merge these totally separate universes, the students were taken on two separate field trips to CERN in Switzerland, the home of nuclear research in Europe. Creators of Internet. Commanders of the Hadron Collider. Consumers of Swiss Cheese. In all, the big daddy of particle physics. But how can artists relate and respond to a hub of pure science? And how do scientists translate what they know into artistic expression?

One student records initially feeling “dwarfed by the size of the seemingly sterile environment”, until they came across a statue of the God Nataraja (pictured above), which symbolises the life force of the universe. It’s curious that a statue of a God has been given pride of place in an organisation seemingly so wholly, purely pertaining to science. It’s a pretty clear acknowledgement to a connection between spirituality and science, or at any rate, an indication that CERN itself believes there is a connection.

Though CERN is accustomed to inviting groups of school children on field trips or PhD students on placement, there wasn’t a structure to handle a group who arguably existed in an academic category entirely of their own. This led to some novel and unique interactions as the two communities found a common ground on how to communicate and learn from one another. Highlights of the trips included tours of the Large Hadron Collider complex, uniquely tailored lectures from the elite at CERN and a cloud chamber experiment workshop. However, the majority of personal interactions stemmed from encounters in CERN’s canteen, a buzzing melting pot of different organizations and individuals from around the globe. MAAS students found themselves talking supersymmetry with Italian theoretical physicists or discussing the nature of black holes with PhD students from America, all eager to share the benefits of their work.

There was obviously a creative and decidedly human streak running through CERN’s ethos, which in some ways, makes perfect sense. After all, their research has impacted the invention of the internet in 1989, touchscreen smartphones and cancer therapies, so they must have some understanding of human habits and manner of operating, biological or psychological.

The novel interchange proved to be a resounding success, benefiting both sides of the collaboration educationally and philosophically. So inspired did the students come away, that “CSM x CMS: Entangled” an exhibition celebrating the newly established dialogue between art and science began to take shape. (Central Saint Martins) and CMS (The Compact Muon Solenoid – one of the major sites the students explored) are fused under the term ‘Entanglement’, which in quantum-speak means to share an atomic connection that seemingly transcends space and time. In a topsy-turvy world that is witnessing an unfortunate rise in anti-scientific mentality – particularly in politics, with retraction in climate change funding or the anti-vaccine movement causing unnecessary deaths – one could argue if we got the general public to engage through art, it might benefit our overall understanding.

If you head along to the exhibition, you’ll come up against some pretty mind-bending works. Pushing the frontier in experimental development and artistic boundary are, amongst others; Lisa Pettibone, who uses neon and steel to convey high-energy particles. Elsewhere in the exhibition Reggy Lui, who’s background is in fashion direction creates collages which explore matter, mass, light and space-time. Jill Mueller’s artistic response explores the PET scan’s role in cancer care today. And Victoria Westerman used mind-altering soundscapes to encourage a creative flow-state…

So. Are efforts like this successful in engaging science with the public, or is it all gobbledygook? Perhaps you can come and decide for yourself.

Join us for a creative collision of minds and media. 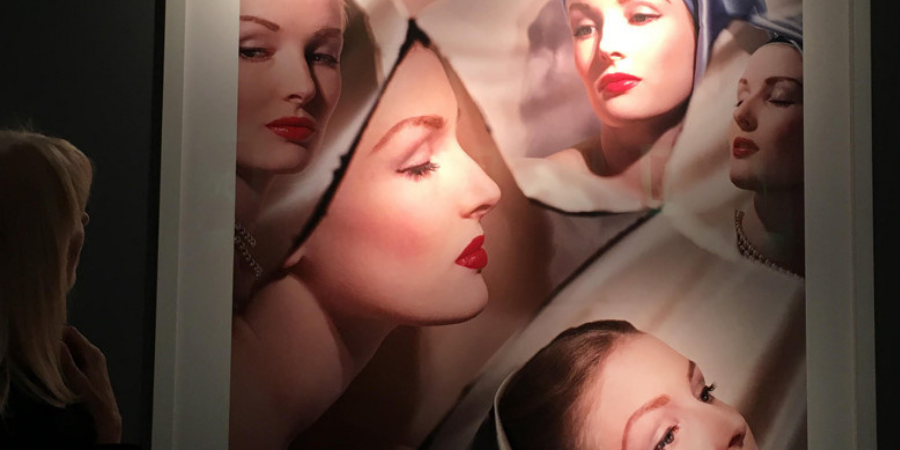 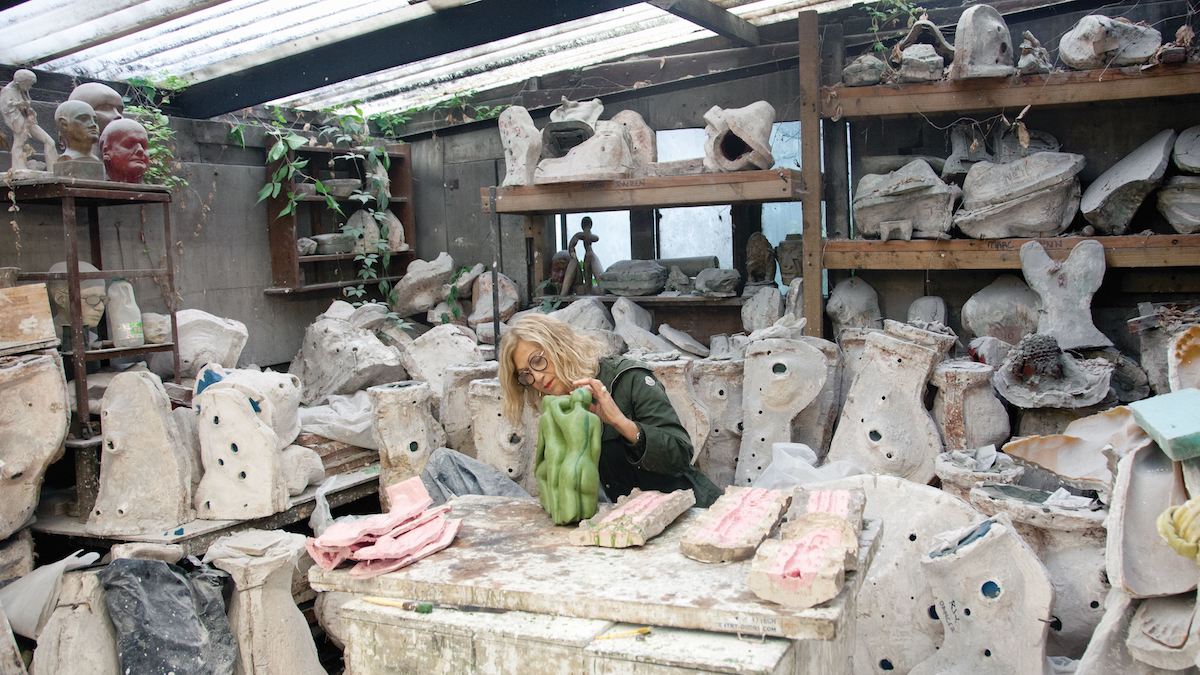 To say Ahuva Zeloof's stone sculptures are alive with movement is not only an oxymoron, it's practic 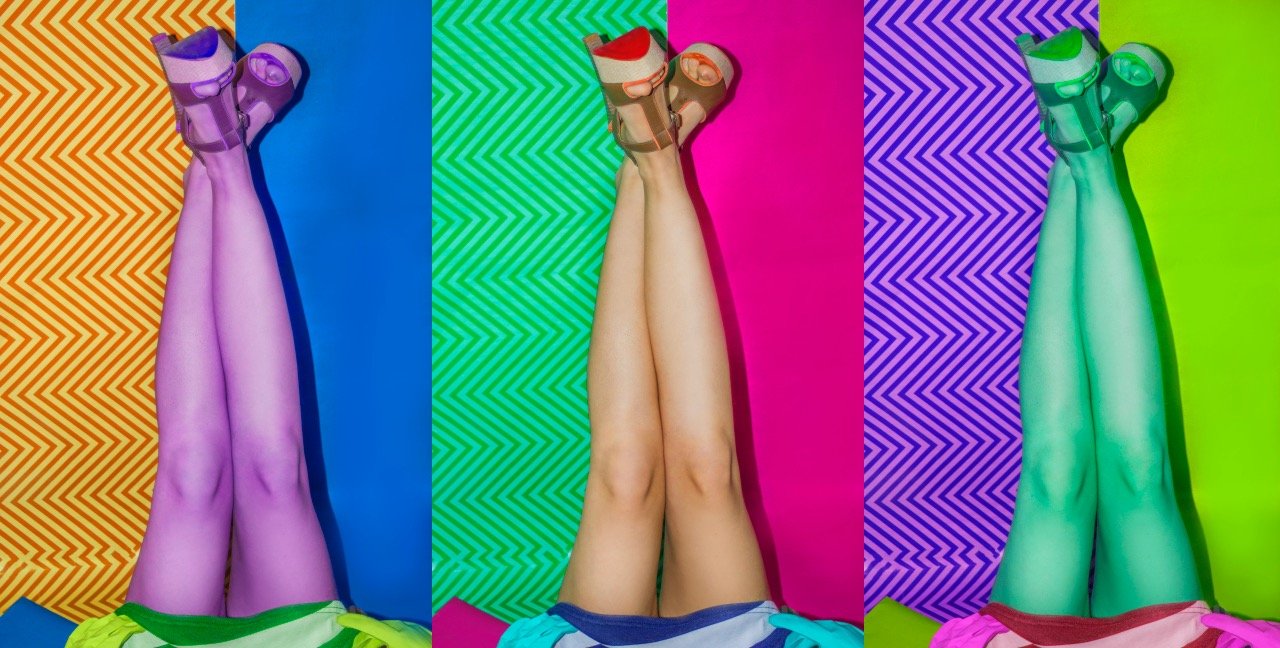