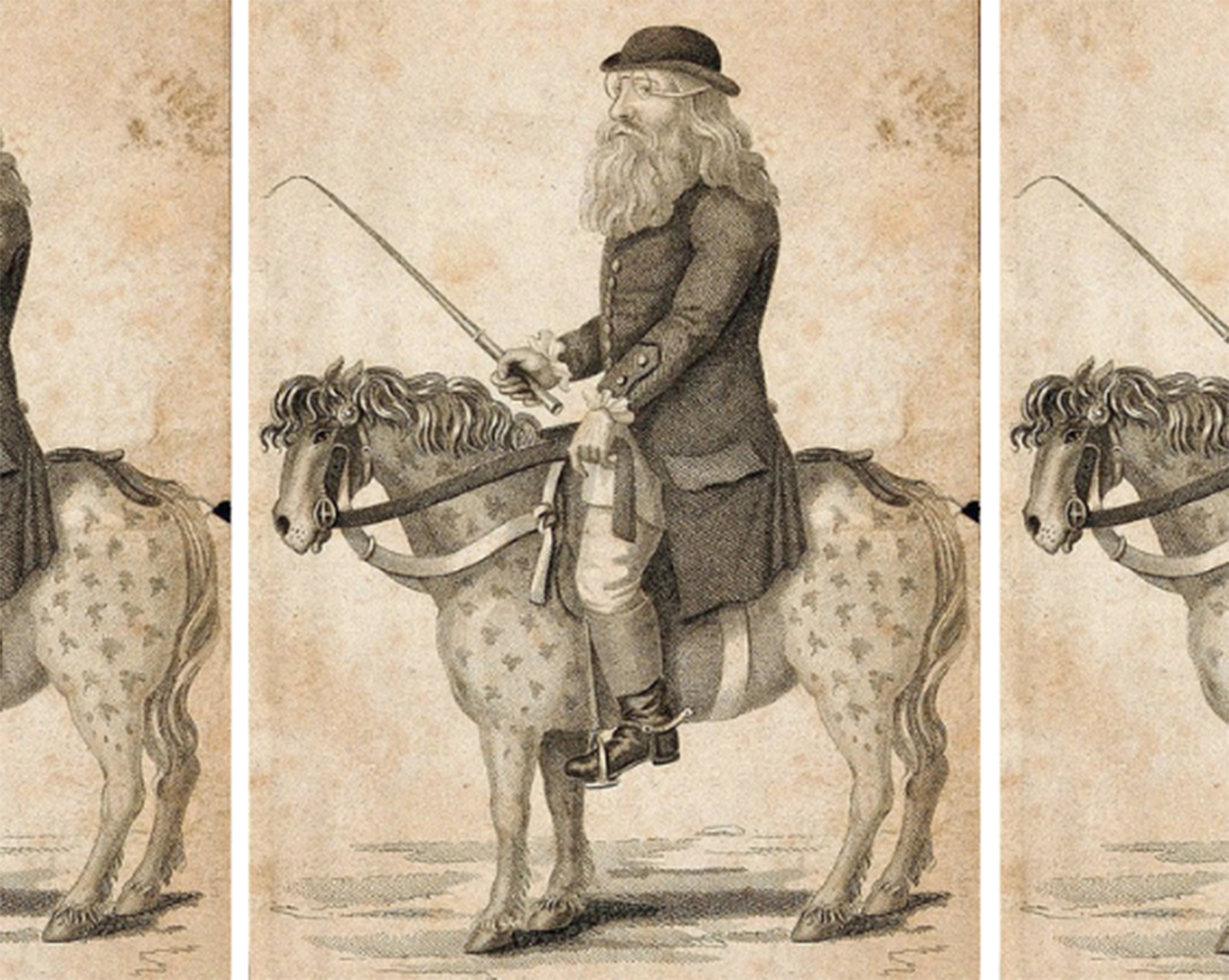 There is, in the English language, a surprisingly rich variety of words with which to accuse someone of medical malpractice. Most of them, at one point or another, have been applied to dentists. If you’re reading this, nodding your head while thinking of your own dentist and his suspicious enthusiasm for root canals, be thankful that you weren’t born in the 18th or 19th century. In those first heady days of modern dentistry, practitioners were unencumbered by law, ethical guidelines, and, more often than not, scruples. This was the era where John and William Hunter were cheerfully thrashing bodies about in their Covent Garden School of Anatomy. Meanwhile, a few decades later in Scotland, murderers Burke and Hare began bumping off unwilling donors in the corpse trade. It was, in other words, an exciting time to work in medicine.

Londoner Martin Van Butchell was one of the early explorers in the blood-spattered world of Georgian dentistry. A dentist, surgeon, anatomist, and the inventor of cork-lined stirrups (guaranteed to keep your boots from sliding off), Van Butchell was something of a Renaissance man. Today he is remembered, not for the cork-lined stirrups, but for his decision to embalm his wife Mary and display her corpse in his waiting room to entice potential clients. Remember that the next time you’re at the dentist’s office thumbing through a dated copy of Woman and Home. “Where,” you might ask the receptionist, “is my complementary preserved cadaver?”

If, like me, you’re struggling to connect “embalmed wife” with “credible dentist,” consider the time period. In the 18th century there was still a roaring trade in quack dentistry. Public tooth extractions were a minor form of public entertainment. To keep the attention of the crowds, who were presumably jaded by the repetitive nature of unanesthetized surgeries, dentists employed entertainers to juggle and do magic tricks. This fortunately now-extinct profession had a number of titles, including “zanys, wachums, fools, factotums, buffoons” and, inexplicably, “Merry Andrews.”

Unlike some of his contemporaries, Van Butchell was a surprisingly capable dentist. He was, by most accounts, popular with his patients who were often members of the nobility. Van Butchell isn’t often mentioned in dental histories as a respected practitioner, but that may be because of his unique approach to self-promotion. Considering most dentists have tried put the days of juggling conmen behind them, they’re unlikely to publicize the man with an embalmed woman in his waiting room.

Evidently a man of many talents, Van Butchell was an expert not only in dentistry but also fistulas, haemorrhoids, and various complaints of the alimentary tract. An advertisement for his practice in The Morning Chronicle, from the 1st of January, 1814 states:

“God worketh in us and to do His good pleasure

Fistulae we CURE when others can NOT

FEES according to ABILITIES

Sirs, be liberal to have health restor’d

Those that have been CUT, much more than they like

Made quite whole: new ones are Cured Often quite soon.

All noble doubters shall have evidence Martin Van Butchell

Carbuncles, without Confinement, Bruising or Cutting

Mount Street, in London, No.56 very near Hyde Park

Ignoring completely the tenuous relationship between teeth and ‘prolapsus-ani,’ Van Butchell was well-educated according to the standards of his day. In their article for the Journal of the History of Dentistry, Doctors Christen and Christen suggest embalming Mary was meant to pander to the public’s taste for flamboyant dentistry. That is to say, Van Butchell may not have been a quack but he liked their style.

To the casual observer, however, the line between his self-promotion and general dottiness often seems slim. Every Sunday Van Butchell would ride his pony from West London to the evocatively named Rotten Row in Hyde Park. This would have been unremarkable had the poor animal not been painted a new colour each week. It was, on various occasions, purple, white with black polka dots, and daubed with coloured circles. Unsurprisingly, Van Butchell and his paisley pony often attracted unwanted attention. He responded by doing the only sensible thing and carrying a bleached human femur to fend off abusive street urchins.

Despite his eccentricities, Van Butchell can’t be blamed for the trend of exhibiting departed loved ones. The inspiration for Mary appears to have been anatomist John Sheldon’s mistress, a recently departed Oxford Street prostitute. Sheldon, who has gone down in history as the first Englishman to ride in a hot air balloon (and to a lesser extend for his trip to Greenland to test the effect poison darts have on whales) displayed her embalmed body in his bedroom. Apparently recognizing a good thing when he saw one, Van Butchell followed suit. Mary’s body remained a popular attraction in his surgery until his second wife Elizabeth insisted that it go. Reluctantly, Van Butchell gave Mary to John Hunter, who put her on public display at the Royal College of Surgeons.

Van Butchell continued to practice into his old age, taking on his eldest son as an apprentice. Martin Edward Van Butchell would carry on the family legacy, gaining the dubious distinction of being the first British surgeon to be sued for malpractice after the death of a patient. The victim, a silk merchant, died an agonizing death of peritonitis, leaving him sadly unable to appreciate his role in the history of English medicine.

Van Butchell himself had the good fortune to die before the court system put an end to the unfettered days of early dentistry and was peacefully interred at Saint George’s church in Bayswater. Mary Van Butchell had no such luck, enduring the double indignity of having her body displayed to the public while being commemorated with a truly dreadful epitaph. The author manages the unusual achievement of combing necrophilia and misogyny with a grossly sentimental bit of doggerel.

To thou the privilege is given,

A much-loved wife at home to keep,

Caress, touch, talk to, even sleep

Close by her side, whene’er you will,

As quiet as if living still

And strange to tell, that fairer she,

And sweeter than alive should be;

Fair plum and juicy as before

And full as tractable, or more.”

Unfortunately, the embalming was less than perfect and her body eventually began to decay. One viewer described it as “a repulsive-looking object.” It was destroyed when The Royal College of Surgeons was bombed in 1941, finally bringing to an end the saga of Martin Van Butchell and the long-suffering Mary. 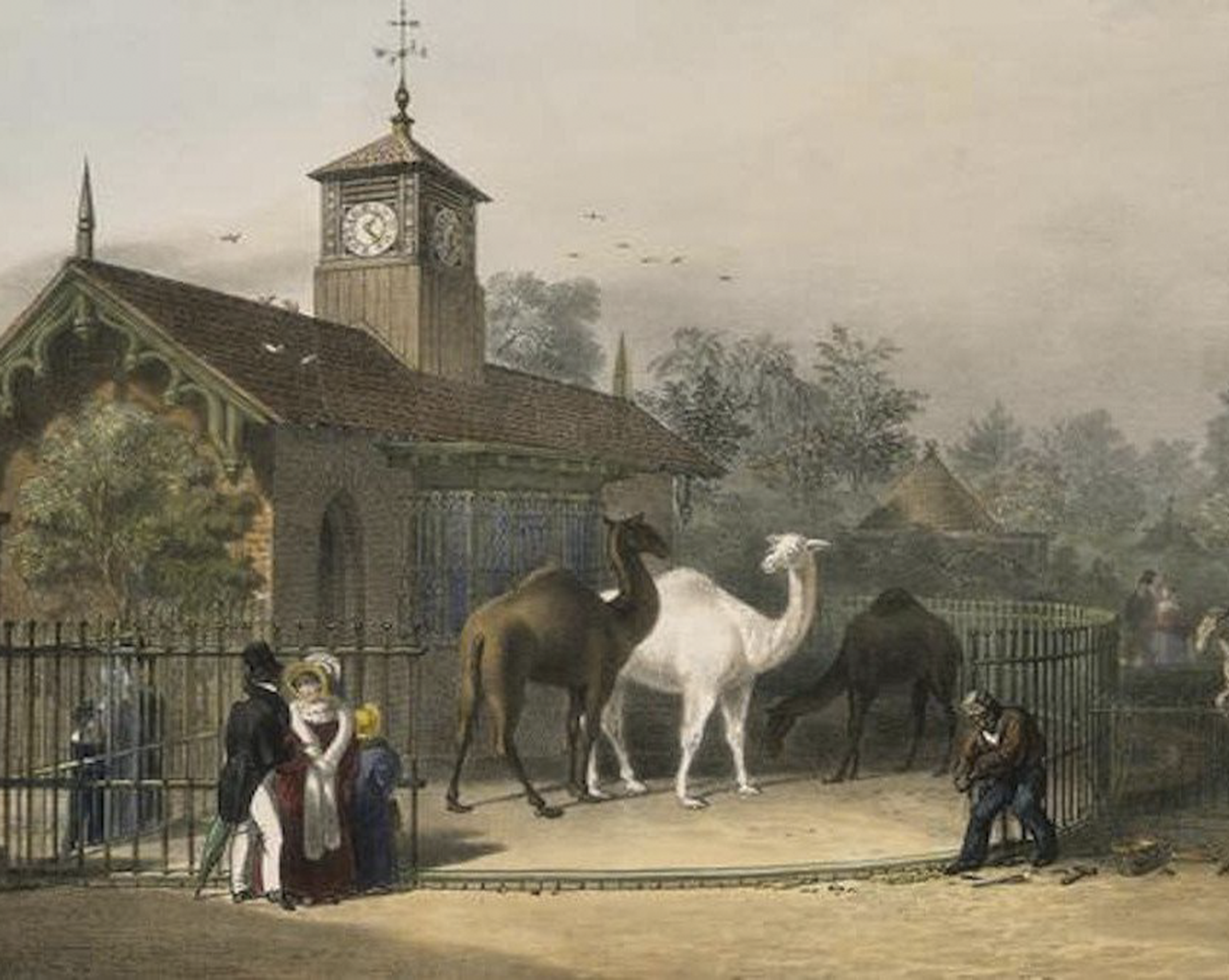 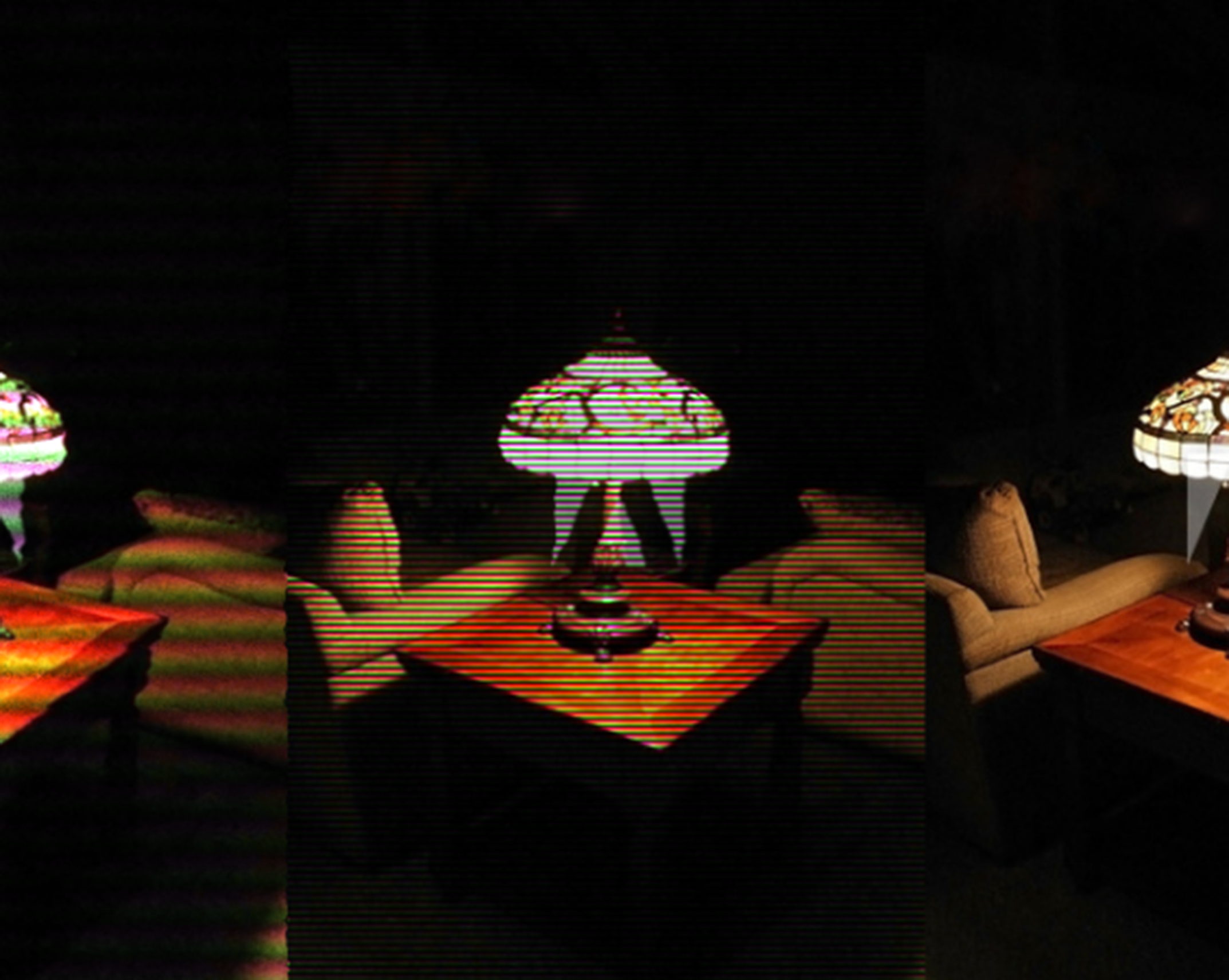 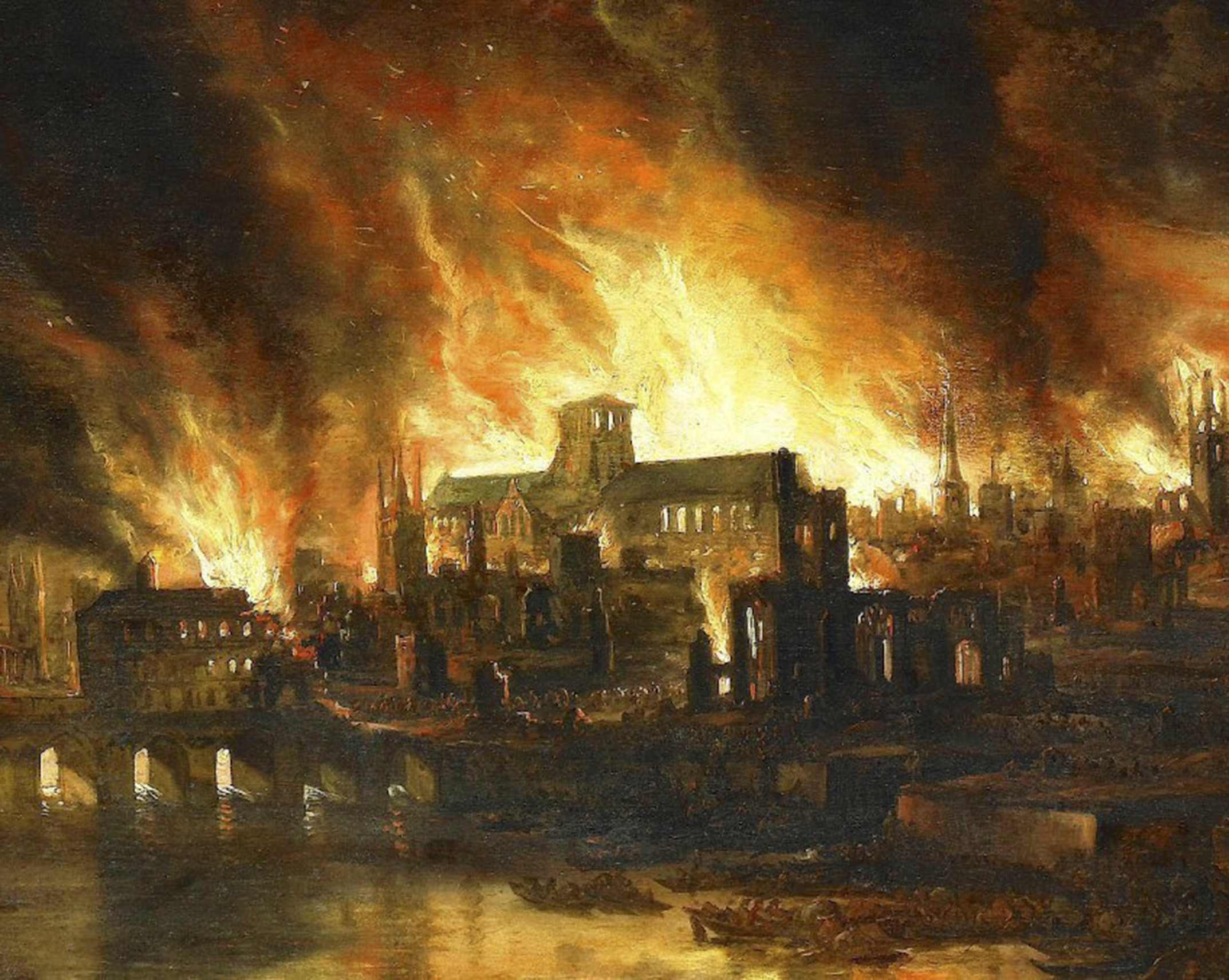