Skip to the content
10 October 2018 By James Crump
Reviews

Every film student thinks they are a great director just waiting for their chance to shine. As an ex-film student myself, I can tell you most aren’t. Analysing film and making film are two completely different forms, but Columbus director Kogonada is adept at both. Kogonada made his name through his film and TV analysis on Vimeo, where he analysed structure and technique, focusing on greats like Godard, Malick and Ozu. Having studied the form, Kogonada decided it was time to make his debut as a writer and director, with Columbus serving as one of the most impressive debuts of the past decade.

We all know someone so passionate about something it becomes an obsession. Casey (Haley Lu Richardson) is that person with architecture, even going so far as to memorise moving and factual descriptions of architecture around her small, but architecturally famous town. Working in a library so that she can stay at home and look after her drug-addicted mother, Casey longs for diversion, and architecture stimulates her, providing the academic challenge she craves.

When a visiting lecturer, famous in architecture circles collapses and lays in hospital in a coma, his estranged son Jin (John Cho) comes to stay in the small-town of Columbus. Casey and Jin strike up a friendship, one bursting with shared familial fractures. Jin, in opposition to his father hates architecture, and Casey spends their friendship guiding him around Columbus explaining why she loves architecture in Columbus so much. Their friendship deepens, and ultimately Jin and Casey need each other. For what neither are sure, but their life impasses forge them together, bettering each other in the process.

Richardson, so good in the phenomenal The Edge of Seventeen, once again shows off her range. Unlike her manically upbeat role in Support the Girls, in Columbus Richardson is heart-breakingly low and just going through the motions. Her home life is fractured with a Dad who was never there and an ill-equipped Mum jumping from one toxic relationship to the next. Although academically gifted, Casey made the decision at 18 to not apply for university, in order to help support her mother. This is a decision that others can’t understand, but Casey can’t see a scenario where she leaves her mother to fend for herself. There is a specific sadness in watching a child forced into becoming their parents parent, and this pull between personal growth and forced parental responsibility is the emotional core for Casey.

Conversely, for Jin, his father was never around for him. They haven’t talked for a couple of years, but he is now thrust into putting his life on hold, to wait by his father’s side, waiting for him to die. The responsibility children have for their parents has increased over the last couple of decades, and will continue to do so whilst age expectancy’s rise. But when children don’t ask to be born, how much responsibility do they really have? Jin moves from South Korea to a small American town to slowly, over the course of a few months watch his father die, and Casey puts her adulthood on hold so that she can cook, clean and help her mother keep on track with her sobriety. Of course, by loving our families it is the sacrifice we make, and this emotional vortex is the central theme in Columbus.

Like many of the filmmakers Kogonada analysed, his control of pacing and atmosphere is impeccable. Scenes play out with very little happening, but Kogonada trusts his actors to take their time and let the emotional complexities breathe. Kogonada doesn’t ask questions, nor does he provide answers, but instead presents a tale of familial love and the anguish it can cause. 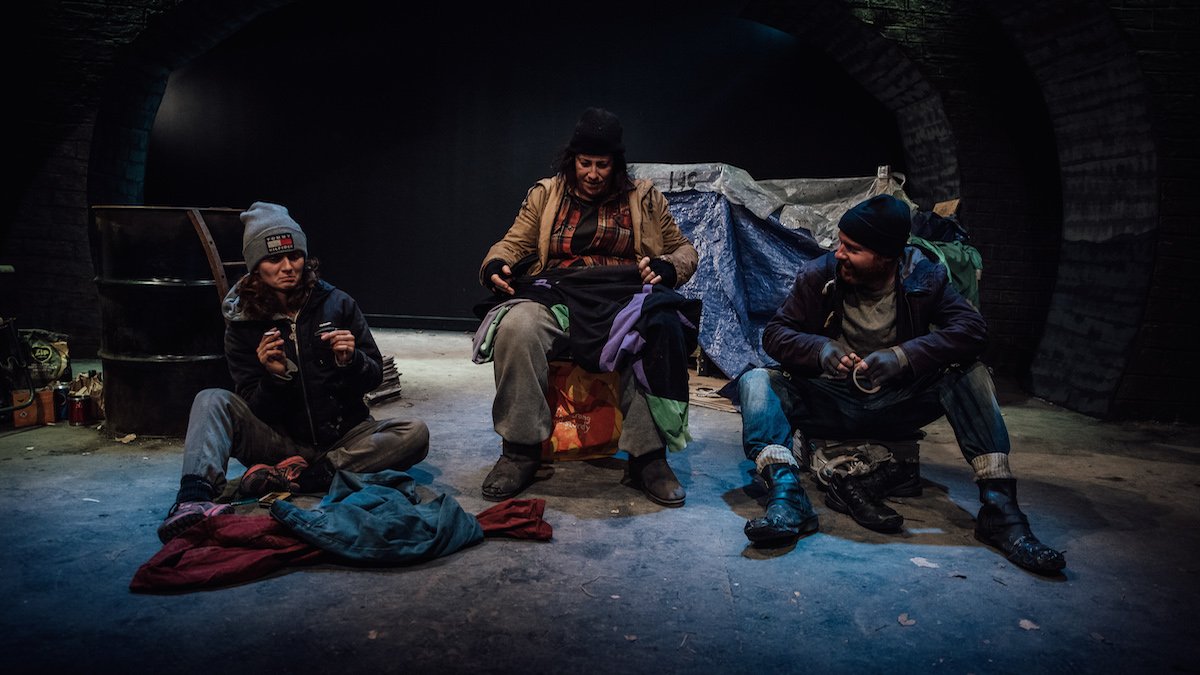 But first, a bit of history. Oli formed Smoke and Oakum in 2013, and has gone on to produce five pla

The esteemed director doesn't hold back with his thoughts on Marvel!

Her most recent play, Little Miss Burden, is playing at soon-to-be closing theatre, The Bunker, for