Sustainability is the word on everybody’s lips, but is it making it to other parts of the body?

Though this sounds like the start of a juicy innuendo, I’m actually talking about jewellery. Connected as it is with some of the most contentious industries on the planet – such as mining and fashion – the jewellery market has sparked a huge debate, richly set with confusing arguments.

The finer points are easily overlooked or misunderstood, ever-changing and developing, but we hope to untangle the issue ever so slightly. In examining the diamond and pearl industries, we touch on everything from volcanoes to unicorns… and sustainability, of course.

To speak of diamonds is to speak of nature’s most glittering prize. But few know that ‘natural’ diamonds are often brought to the surface one of nature’s most dazzling, if dangerous, spectacles: a volcano eruption. When you consider that most mined diamonds have been boiling down below for between 1 billion and 3.5 billion years, while forming in the Earth’s mantle usually at a depth of between 150 – 250 kilometres down, it seems hardly believable that we are now able to recreate them here ourselves. On the surface.

Lab-grown diamonds are not, as it may first seem, different to the so-called ‘Real’. They are not knock-offs or cubic zirconia. A lab-grown diamond is chemically identical to its mined counterparts, created using one of two methods: either mimicking the extreme pressure and heat of the Earth, or by a process which loosely resembles 3D-printing. It is also a source of fiery discussion.

Lab-grown diamonds remain especially controversial in fine jewellery circles. As with all seismic shifts, the livelihoods of a tremendous number of people is tied to the diamond mining industry, which has endeavoured tirelessly in recent years to reduce ethical risks and rumours of blood diamonds. But lab-grown are just as awing as the mined ones, sometimes more so due to lack of inclusions. They are also far cheaper, allowing entry to the market to those who previously might have steered away from such pricey love-tokens. Furthermore, lab-grown diamonds are not quite as sustainable as they seem at first glance; many of the plants based in Asia use such a quantity of fossil fuels to grow the diamonds that the resulting gems have a higher carbon footprint than natural diamonds.

Although the word ‘diamond’ has origins in the Ancient Greek word ‘adámas’, meaning ‘unalterable’, the industry around diamonds is in a state of flux. Diamonds may be forever, but they are also in a period of tremendous upheaval. Once associated primarily with industrial products such as drill bits, scalpels, and dentists’ tools, now lab-grown diamonds are shedding that image for something a little more refined, some companies have even branded their offering as ‘cultured diamonds’ (a term The FTC is currently contesting as misleading). The main differences, of course, are in the connotations for buyers.

Which sparkle catches your eye and makes you part with your cash may say something about you. Perhaps you believe lab-grown are eco-friendly, or you don’t want to spend more than necessary. Perhaps you can never imagine feeling as entranced by lab-grown as you are by natural, because you can’t help but think ‘fake’. There is a third option for diamond buyers, to my mind the perfect one.

Repurposing vintage diamonds is a much under-discussed approach. For those concerned with environmental impact, this can be a way to still enjoy a piece with a sense of history. Auction houses and antique dealers have a wealth of beautiful stones, as well as experts on hand to explain the gems themselves and their often-thrilling origins. For the truly sustainability-focused fashionista there can be no less harmful or more exciting route to the perfect diamond piece.

Coco Chanel lived by the mantra, “a woman needs ropes and ropes of pearls”, while Jackie Kennedy said “pearls are always appropriate”. And though one was a draconian terror and the other was cute-as-a-button, both have gone down in history as deities of sophistication. You wouldn’t want to argue with them. Pearls, then, are the ultimate, the most obligatory of accessories.

Pearls’ status as socialite’s faithful sidekick sometimes makes it difficult to remember their close association to nature. Yet their origins are organic, made as they are inside living creatures. The matter is complicated by the major differences in the creation processes of pearls.

As Bibi Southwell, pearl expert and founder of the brands ORA and ARO pearls, notes in her specialist pearl workshops, there is a lot of misinformation circulated about the types of pearl on the market. The term ‘natural’ when applied to pearls has a very specific and closely protected definition. It applies only to pearls which formed without any sort of human intervention. These have to be pearls that were found in the wild, not produced on a farm. To find such pearls in quality appropriate for jewellery is exceedingly rare.

This does not mean, however, that what we call ‘cultured pearls’ are in any way not genuine. They are exactly the same product, but the oysters have been stimulated to grow a pearl artificially by having an irritant inserted into the mollusc to produce the gem. The creature then produces a substance called nacre which coats the object many times in a substance that, after many layers, we recognise as pearl.

We divide pearls into two main types: freshwater and saltwater. The latter are more valuable, due to scarcity. Saltwater pearls, however, are often not organic material at their core. The process of culturing them often uses a small bead as the stimulus, meaning at the heart of the pearl lies plastic. These are still technically ‘real’ pearls and can be extremely valuable. The difficulty is in the endless sliding scale of variations, how many layers of organic material are on top of the bead can vary, changing the quality of the pearl with it. Experts can use x-rays to tell us more, but again, this requires time and labour.

All of these products are real pearls, formed in nature. Or perhaps it would be more appropriate to say farmed in nature. Yet none of their producers can use the term ‘natural’ to describe their products due to stringent regulations. Confusion of terminology can muddy the waters, especially for inexperienced buyers.

The concept of nature in jewellery is increasingly a hotly contested topic. The Victoria and Albert Museum’s recent Fashioned from Nature exhibition highlighted the complex relationship between these two spheres. Wily jewellers over the ages – from the renaissance to the 19th century – have played on the idea by turning pearls into flower petals, unicorns, insects… in short, using pearls to recreate microcosms of the natural world. Turning them into working parts, stand ins, for what cannot hang from a pendant or be slipped on a chain. Something about this highly ornate, jewel-fication of animals and plants hints to our own true nature.

We’ve always liked the real world enough to reproduce it, but perhaps now the time has come to respect it. 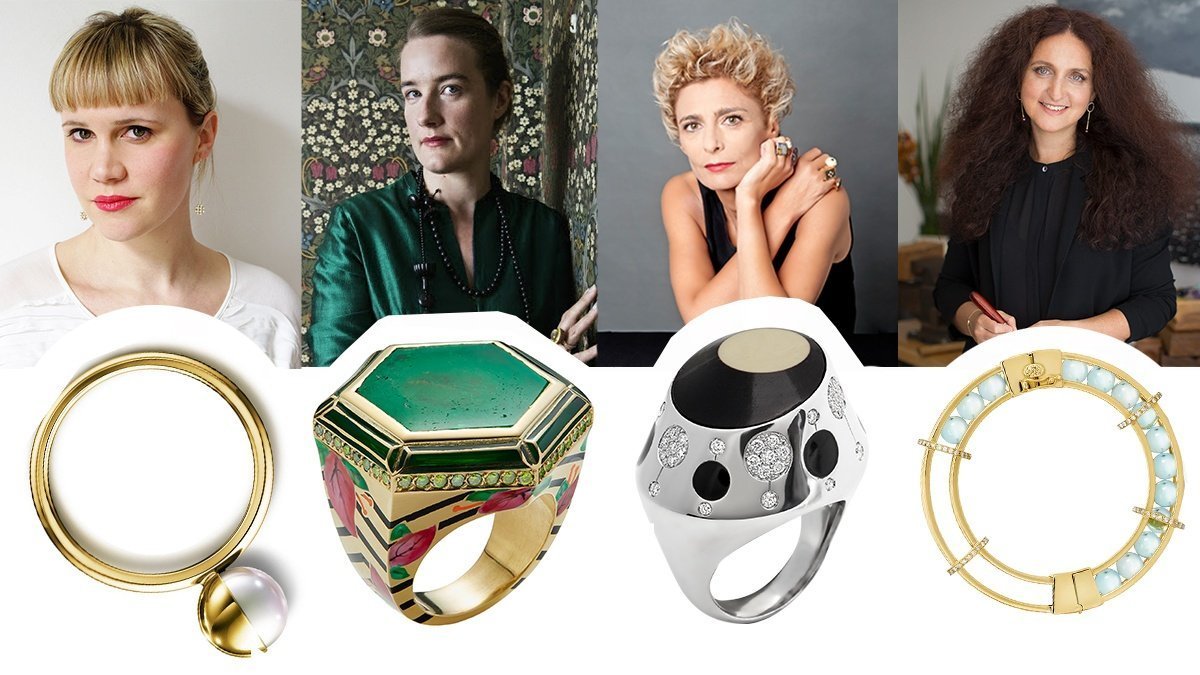 Jewellery, in its most transcendent form, can be sculpture, art object, pure fashion accessory or good luck charm. It’s a ... 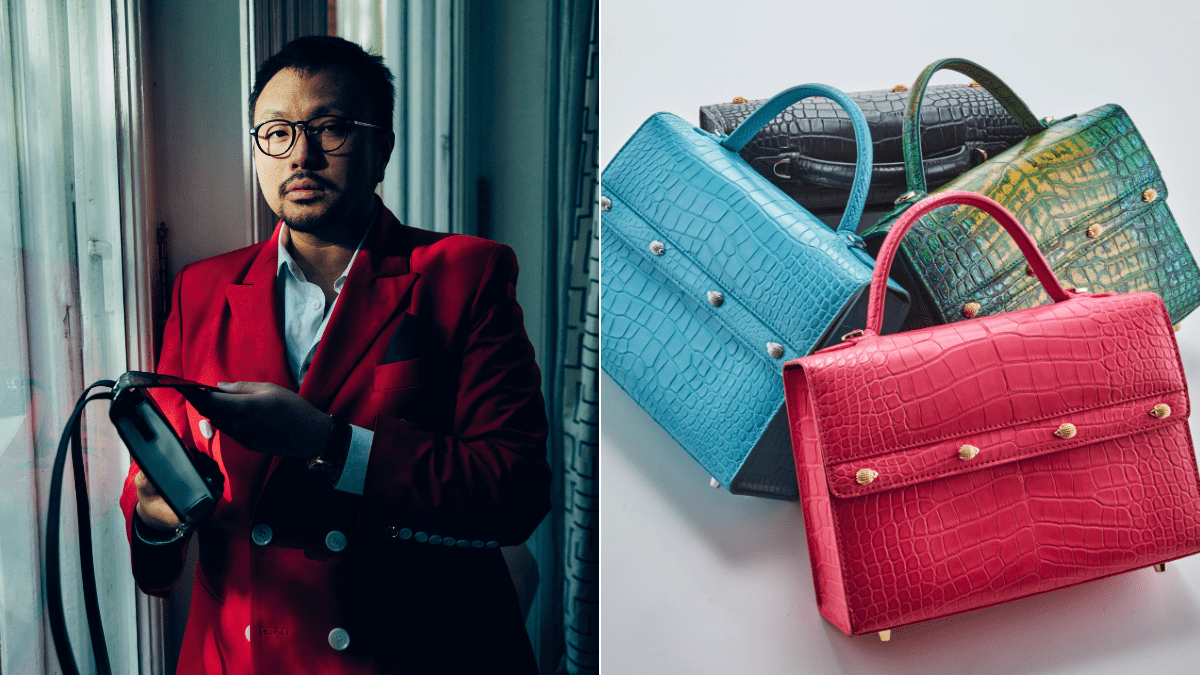 A Calling and a Career: The Handbags of Ethan K

To hear Ethan Koh describe his youth in Singapore is to be swept off in a fantasy. One sees hot ...